After taking the kids to Krispy Kreme, I realized the one thing my daughter really wanted to do for her birthday was go to a movie.  The way things worked out there wasn’t going to be time for lunch and a movie so I decided to let them have popcorn at the theater…for lunch!  I hadn’t planned it that way, but it’s just how things worked out. 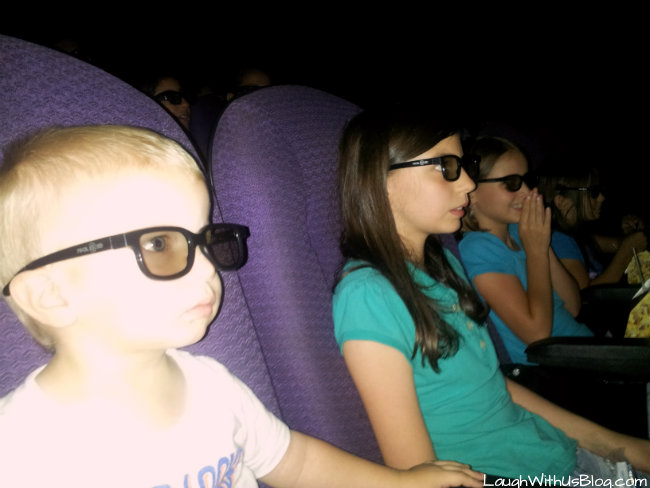 I bought each child a kid’s pack and an extra large popcorn with extra butter to share.  I’m telling you it was the best popcorn I’ve ever had.  When I got to the bottom of the box there was actually 1/4 inch of standing butter!  Yum…or kind gross by that point actually!  Ha ha!  About an hour later we all felt sick, but it was great while it lasted!  The kids are still saying they don’t ever want popcorn at the theater again.  My husband is thinking it wasn’t such a bad plan to let them gorge on it after all! 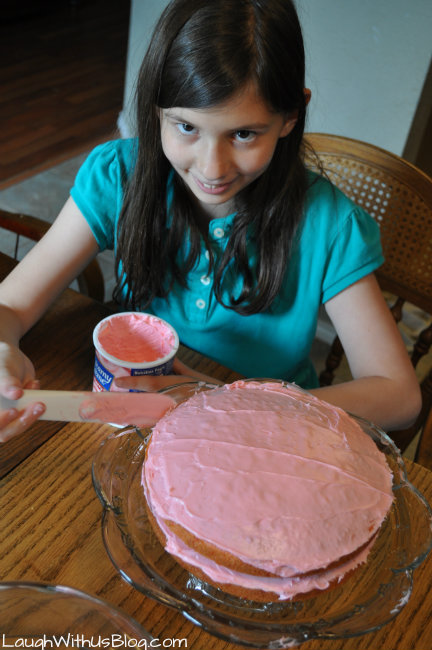 When we arrived back home I began work on Faith’s Birthday meal.  She decided she wanted to ice her own cake. 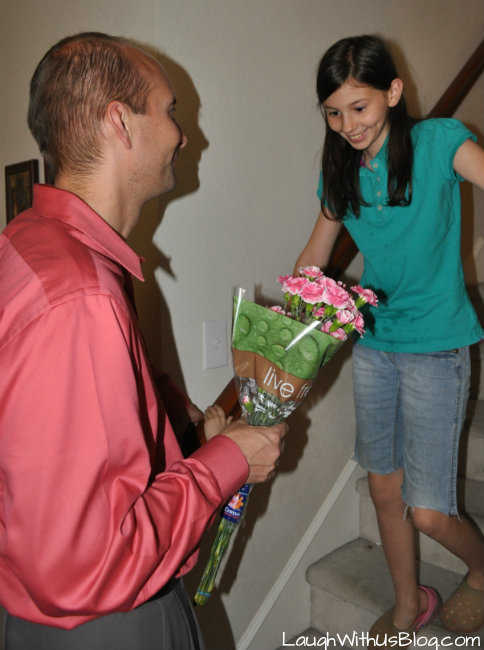 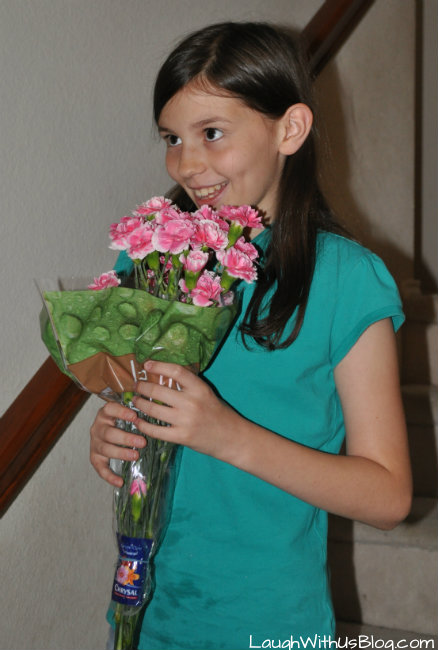 First flowers and from her Daddy as it should be! 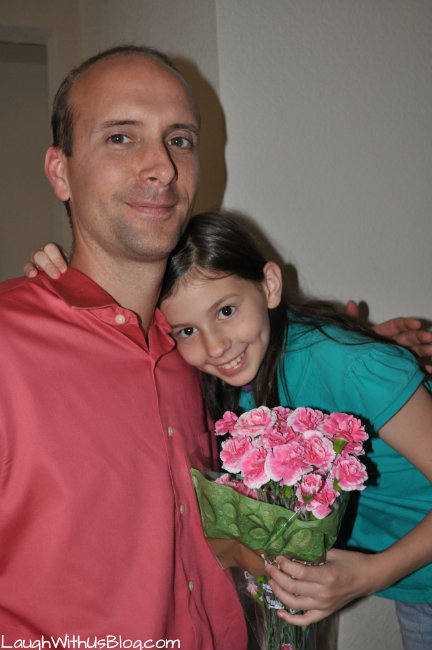 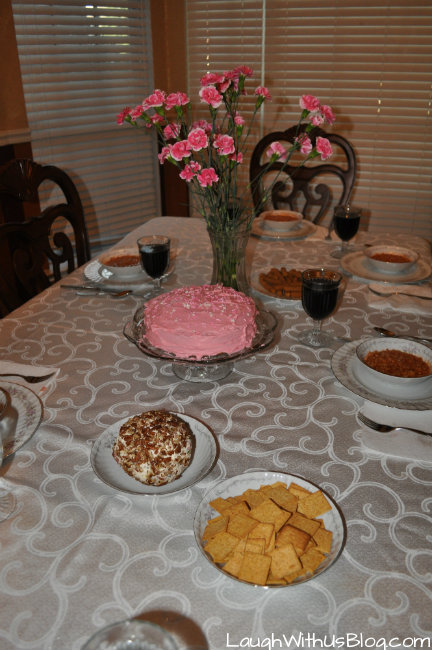 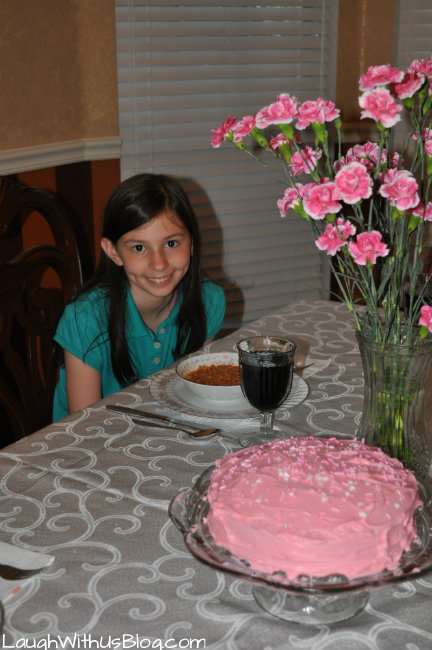 We are so thankful for twelve years with Faith! 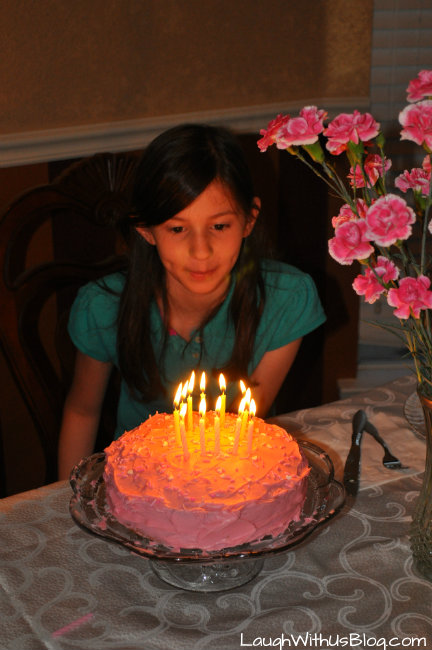 She blew out her candles and said, “Mom, I don’t think I want any cake tonight.”  The rest of the kids all wholeheartedly agreed!  No one wanted birthday cake!  This will go down in our family history as the birthday no one wanted cake!  I couldn’t help but laugh!

It really is hard to believe that Faith is twelve.  I have been thinking of her birth, the eight hours she cried the first night we brought her home from the hospital, and my trip to ER the following week with hemorrhage!  It all seems like so long ago!  Faith has grown into such a sweet girl.  I have been incredibly thankful that God has brought some great friends into her life this last year.  She has become invaluable to me around the home and especially in helping me take care of Bobby, her 1 year old brother.  Her siblings proclaim her as the “nicest” of them all!  I am excited to see how the Lord will continue to mold her into the young lady He wants her to be!