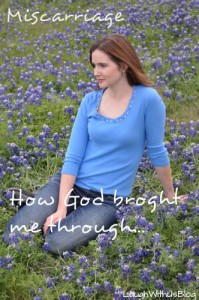 We found out in September that I was carrying our fifth child.  When you have this many children, what people wonder  is: “Was this an accident?”  This pregnancy was certainly no accident.  Ever since I had my third child my husband began talking about having two more.  I wasn’t exactly thrilled to be pregnant when it came to all the symptoms, but I was thrilled to be expecting another baby.

I thought a few people might hear from the kids, but that we would just keep things quiet for a few more weeks until I saw my doctor.  I should have known better.  We drove up to church, were walking in the parking lot, and my children started shouting to the first person they saw, “My mom’s going to have a baby!”  I was a little embarrassed.  Oh well, I figured if I wanted to be the one to tell anyone I was going to have to be quick.  I told a few friends that I saw.  It just felt unbelievable that I was going to have five children!

Click here for Part 2: I Chose not to Suffer Alone.

This post is linked to We Are That Family.