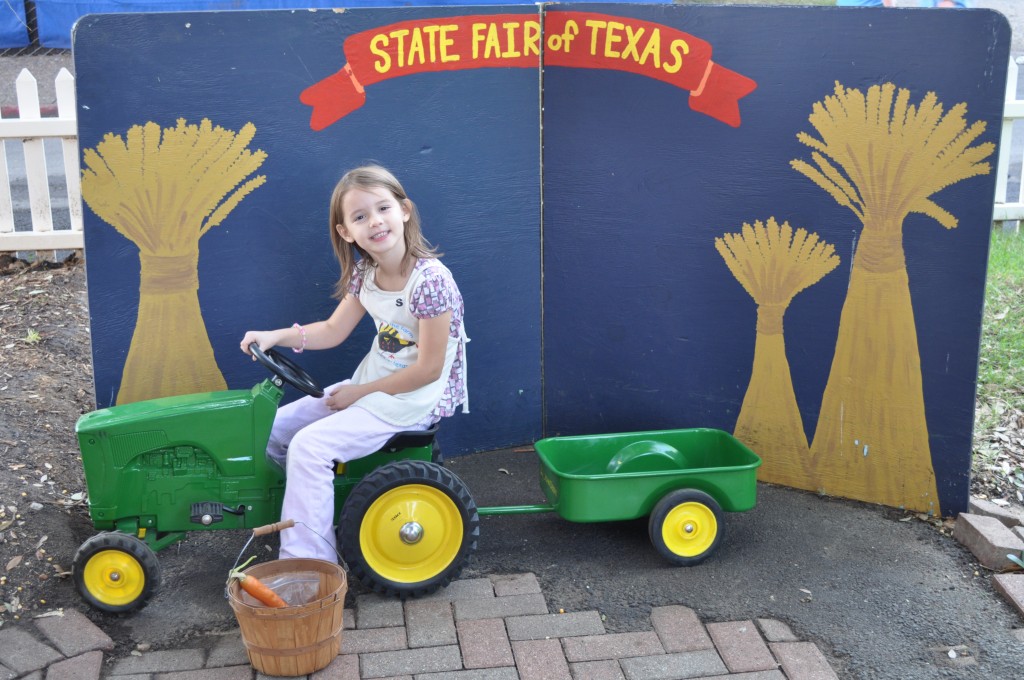 The other day I told my husband that I would love to go to the Texas State Fair.  To my great surprise he said, “Let’s go!”  He took the day off so he could take us during the week when it was cheaper and less crowded than on the weekend.  This was completely an act of love for him as going to the fair is not his idea of fun.  I think he finds it more like paying an exorbitant amount of money for torture!  But ever since the day he told me that he was going to “think about [me] from now on,” he really has made an effort to do things that I like even when they wouldn’t be his choice.

We had a really fun time.  The Little Hands on the Farm was a favorite for the kids since they got to pick out a snack at the end. 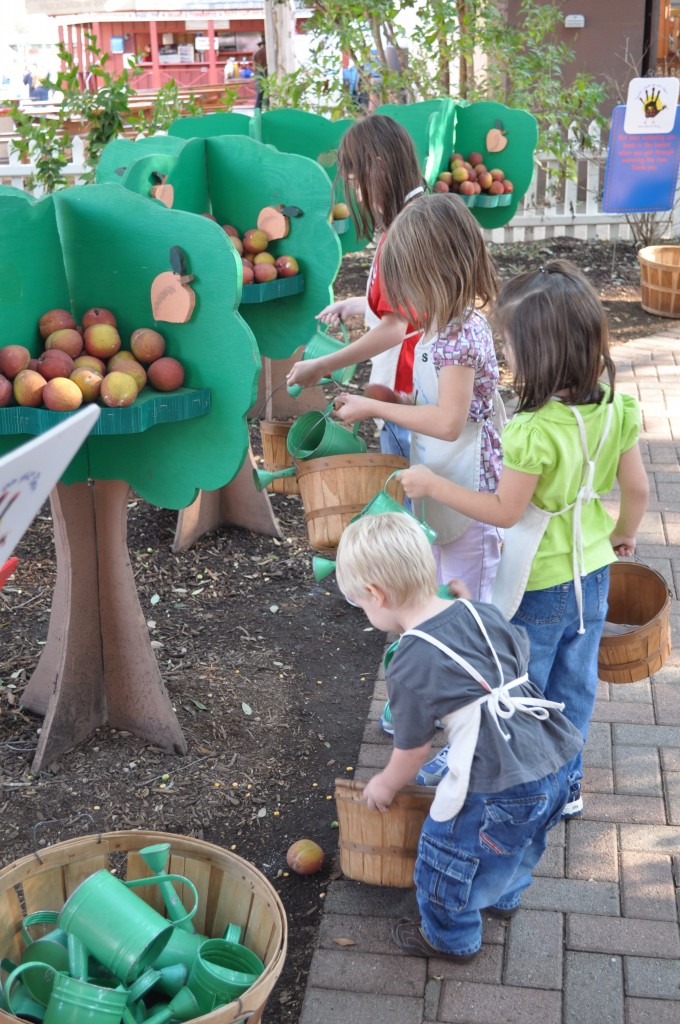 They also loved the Backyard Circus, mostly I think because for participating they got a free coupon for a bottle of Strawberry milk that they were able to redeem at the fair. 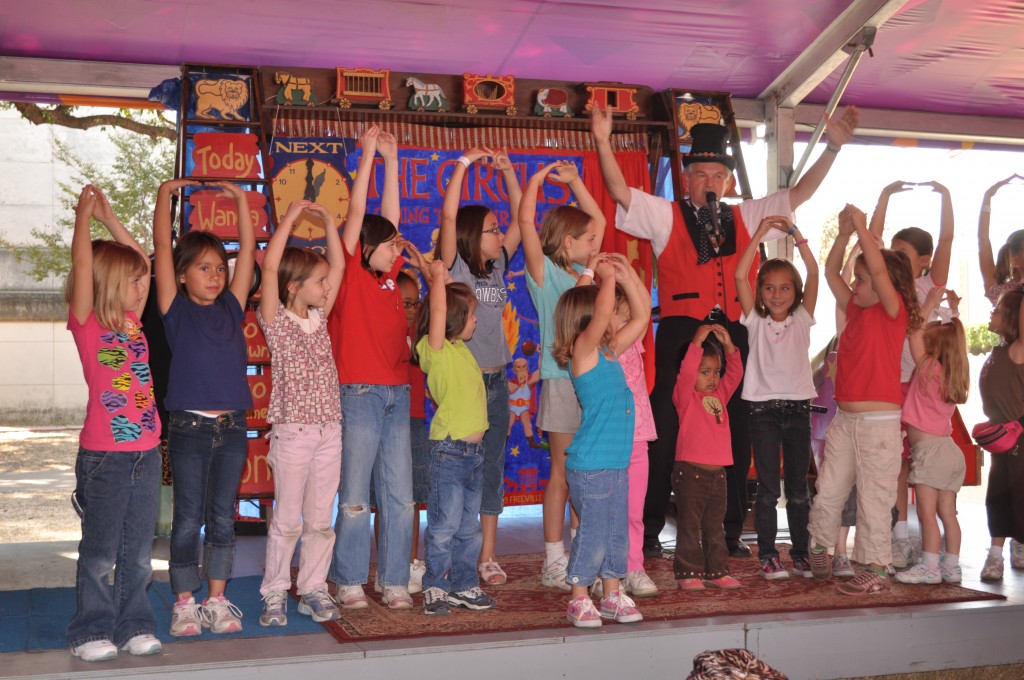 They each got to pick one ride.  We tried not to cringe as we forked out the coupons! 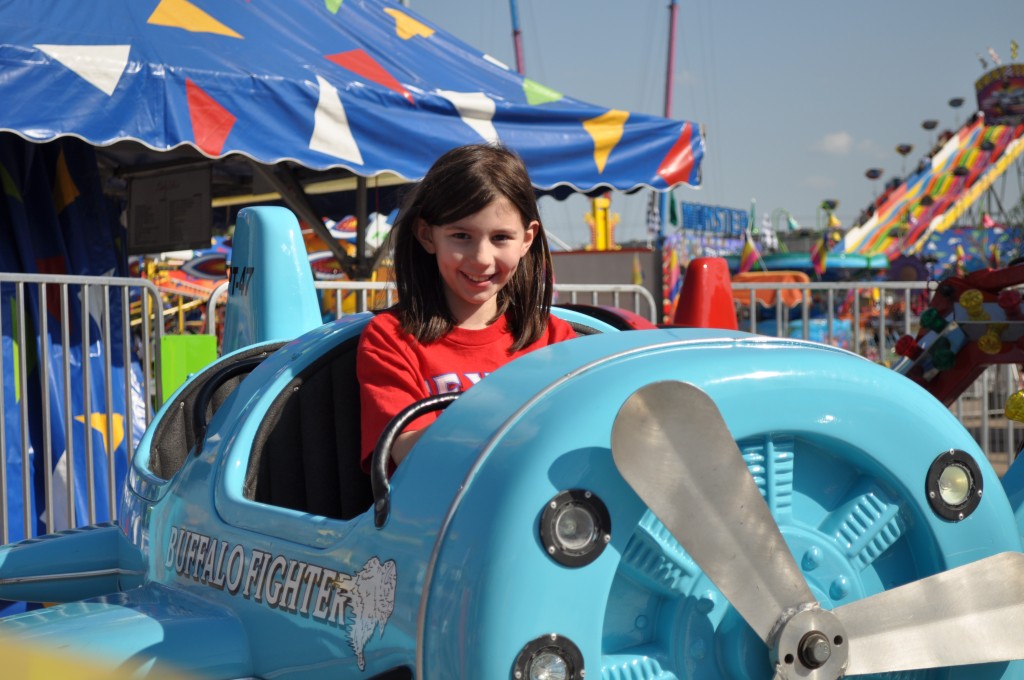 We packed a lunch to save some money, but we HAD to try a Flechers Corney Dog! 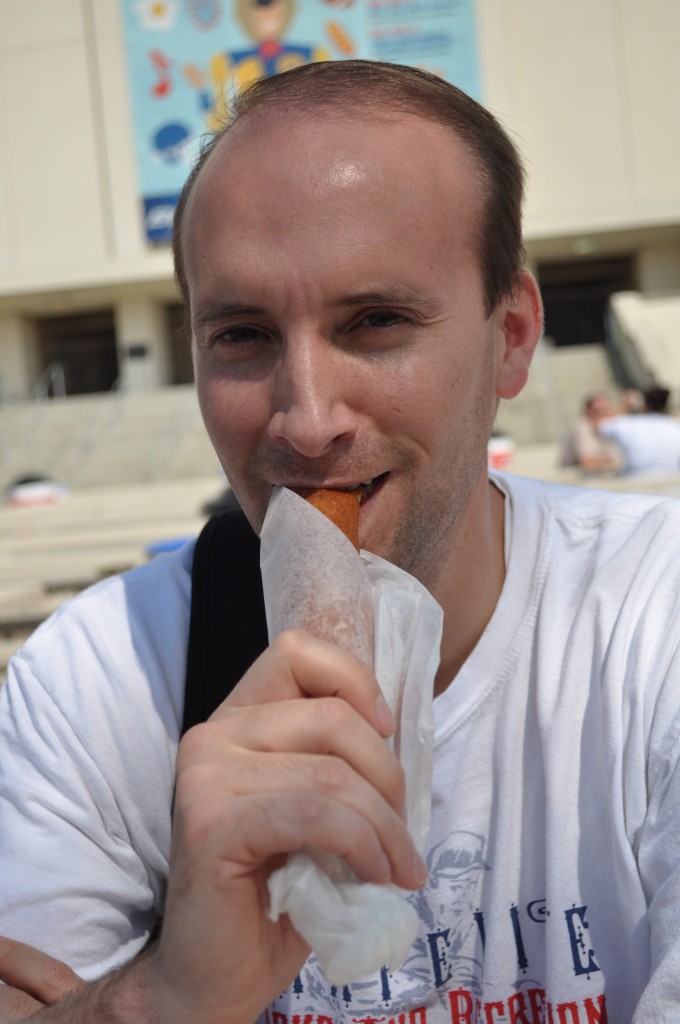 I thought twice before wearing my Nebraska Husker shirt to the Texas State Fair, but I wore it, and I survived!  I only got one comment on it the entire day, and that was from an elderly gentleman that yelled, “Go Huskers!  We’re gonna cream Texas!”  My sentiments exactly, Mister!  All in all it was a great day. 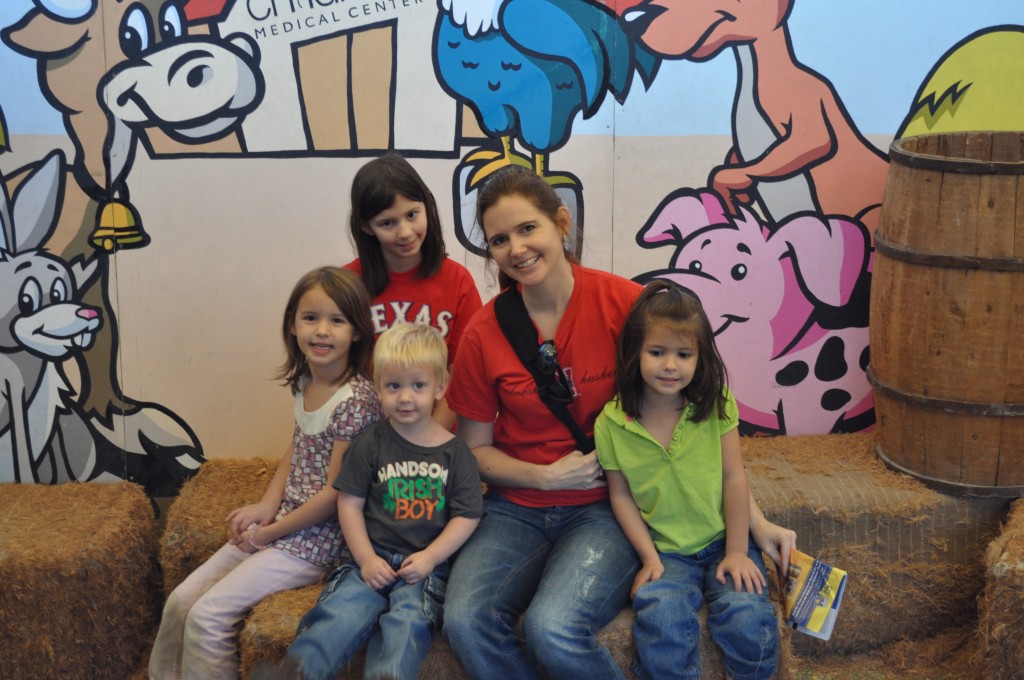