After we debarked and clumsily drug our seven selves along with all of our luggage back to our van, we headed to Downtown Disney.  None of us had ever been there, but I’d heard that it was a fun place.  We didn’t have any set plans for this day except to get our hotel and get ready to visit the Magic Kingdom the next day, but with five kids you can’t just do nothing for a day and stay sane, at least not when you are traveling! 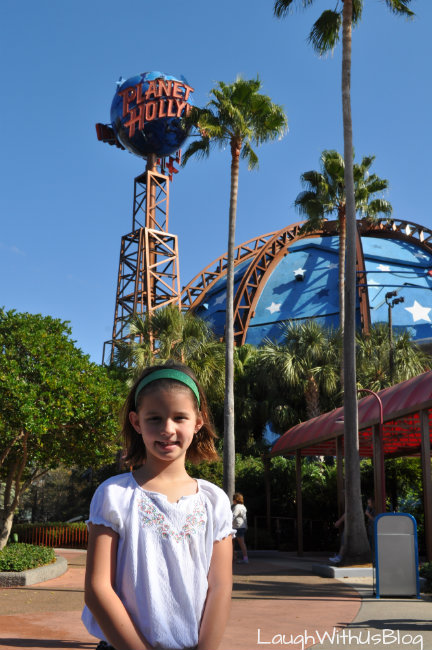 We parked right in front of Planet Hollywood.  I took this photo of Joy thinking it would be so fun to eat there.  I told Jason that I didn’t care where we ate, but that it was lunch time and I needed to feed the baby.  I laughed as he took off running to see what our choices were.  He came back and said, “Why don’t we eat at Planet Hollywood?”  I just about fell off the bench I was sitting on.  I was so surprised. 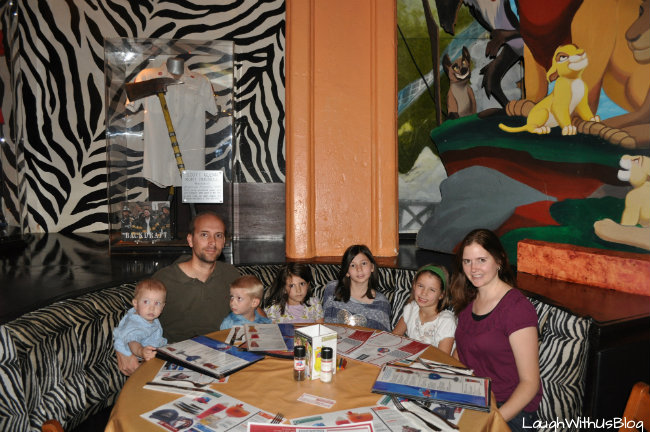 Our server offered to take a photo of our whole family.  I love it when people offer.  Its usually the only way I have a record of me being there! 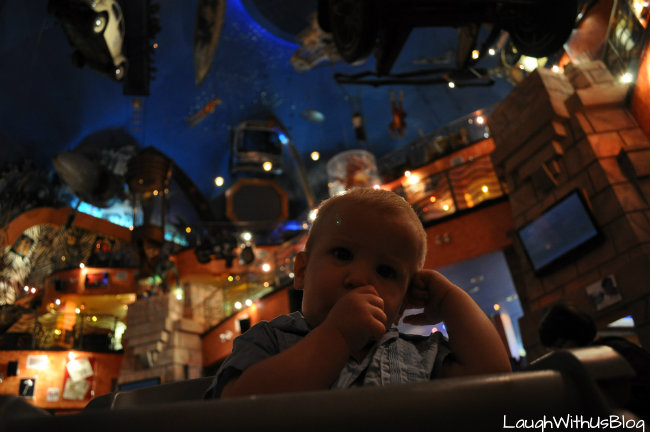 I think Planet Hollywood is such a fun place.  I just love theme restaurants.  I know that I’ve been inside one before, but I don’t think I had ever eaten there. 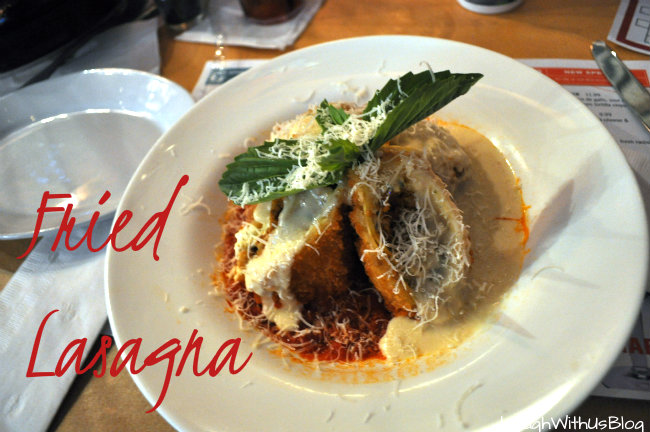 Jason told me to order what ever I wanted…and I did!  Fried Lasagna–and it was awesome! 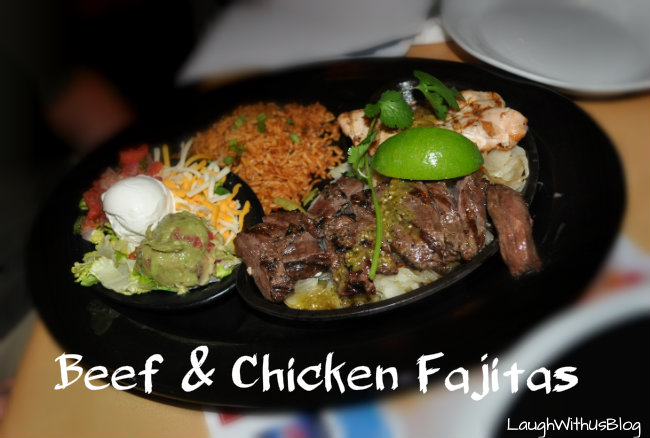 Jason ordered Beef and Chicken Fajitas, and he said they were excellent.  We shared our two meals with the kids.  Our server was totally cool with that.  We had just enough food for everyone with none wasted!  I really hate to pay for food that we don’t eat!

We had a blast at Planet Hollywood.  I’m so glad Jason took us.  If you ever get a chance to go make sure you try the Fried Lasagna!