After we ate at Planet Hollywood we walked around with the kids ooing and ahing.  “This is what The Magic Kingdom is going to look like tommorrow,” I told them, “except with rides!”  They were so excited. 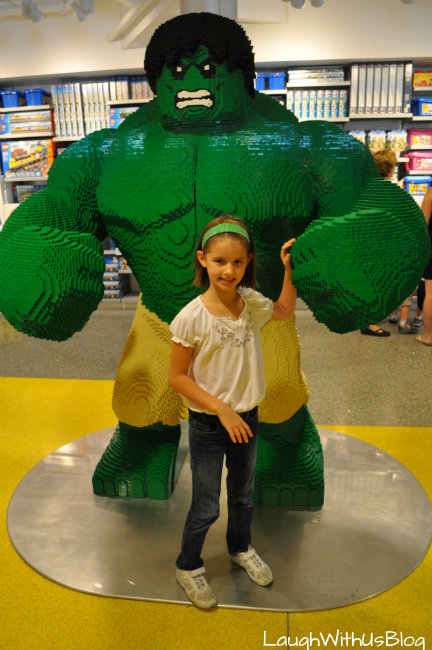 The Lego store was so fun!  Joy is the child of mine who loves Legos the most.  She was so excited at the variety of “girl” Legos.   The green eyed “I Want” monster showed itself.  Oh well that’s not true.  She knew we weren’t buying, but she was in dream heaven! 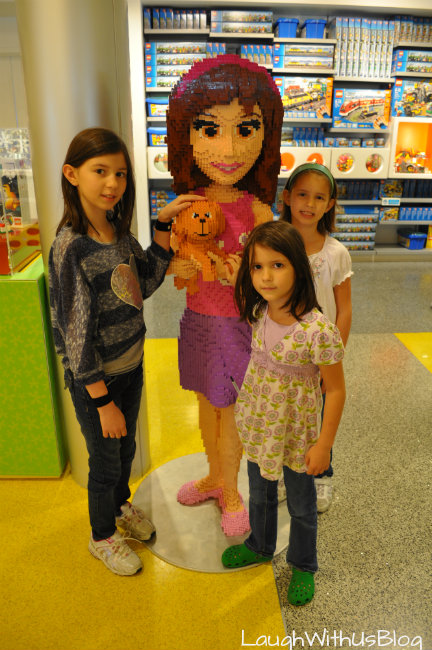 All the girls wanted their photo taken by this one.  It seems like they all said it was Dora the Explorer but it’s not looking quite like Dora to me.  What do you think?  Is it Dora? 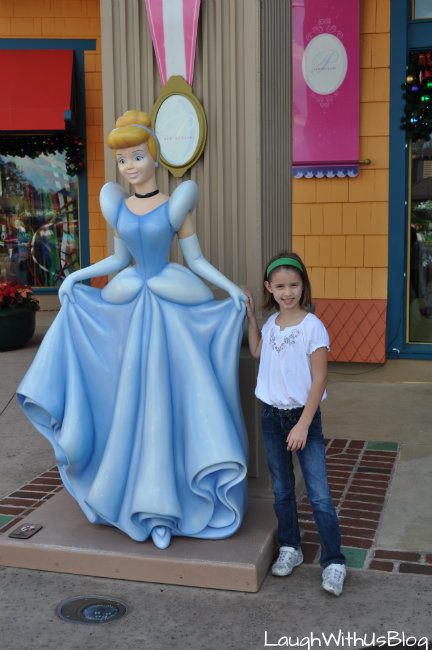 And oh how fun to walk around the HUGE Disney store.  I think my eyes turned a little green with envy too!  🙂  I have always loved the Disney stuff.  I remember when I was out of college and single I would go by myself just to walk through the Disney Store at our local mall.

And then as we were strolling a long we ran into a man that started talking to us about Disney vacations.  He asked us if we’d like to go take a look at the Disney resorts and in exchange he would provide our family with three immediate fast passes each for any rides at the Disney Parks.  Well, we just had one day at the Magic Kindgom and it was going to close at 7:00.  We wanted to see as much of the park as possible so the fast passes were awfully tempting. 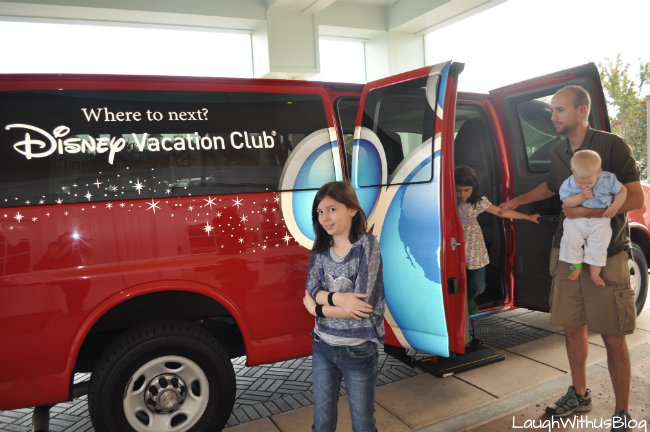 Before we knew it we were all being loaded into the Disney Vacation Club van and driven to their site.  Yep.  We did it.  Here we go…