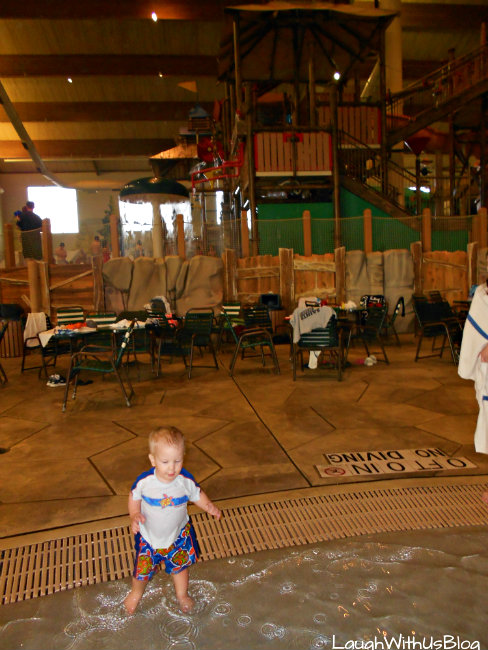 We arrived right at Bobby’s nap time so he was not in the mood to try the water.  He stayed awake looking around for hours though until he finally gave in to sleep.  When he woke up he was ready to see about that wet stuff.  He would walk in just a little ways and then turn around and go back, but each time he would go in a little farther. 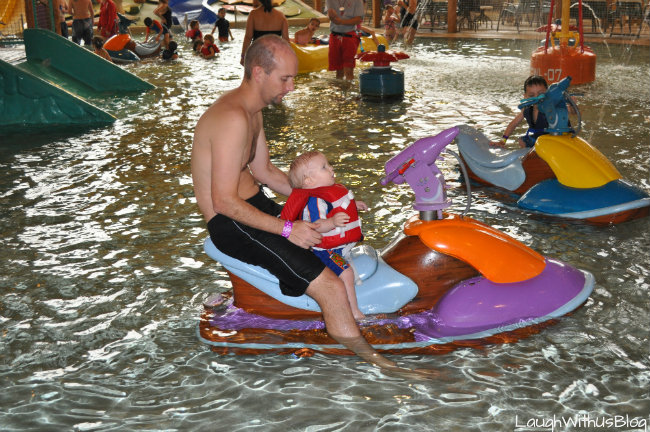 By the second day he was loving it.  He stayed in the water the entire morning.  It was so fun to watch him splash around. 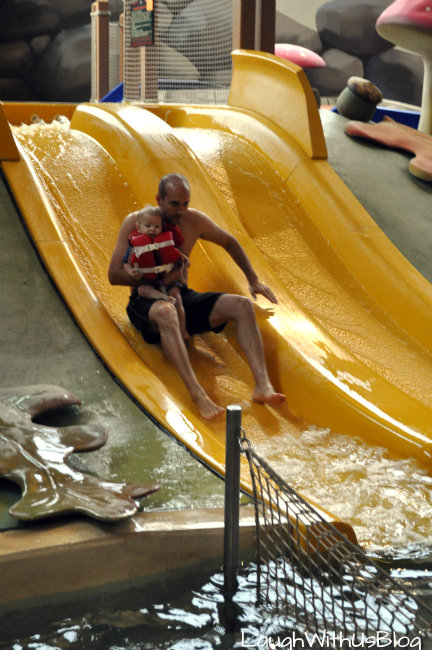 By the look on his face as Jason took him down the slide I wasn’t too sure if he liked it, but he never complained when Jason would go back around and slide down again. 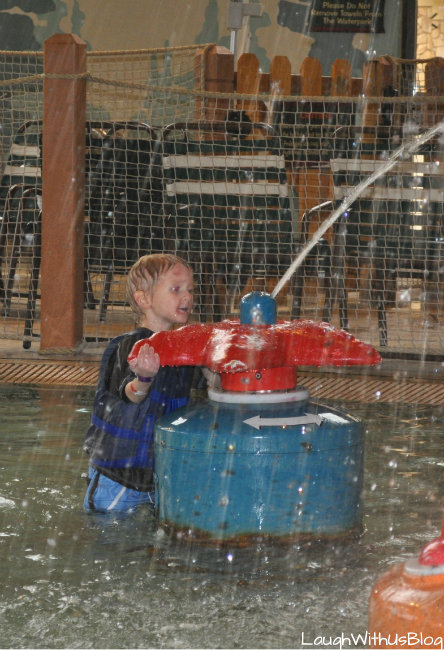 Little Jason absolutely loved the toddler area.  He played there pretty much the entire time.  He’s such a happy, giggly boy that can entertain himself nonstop. 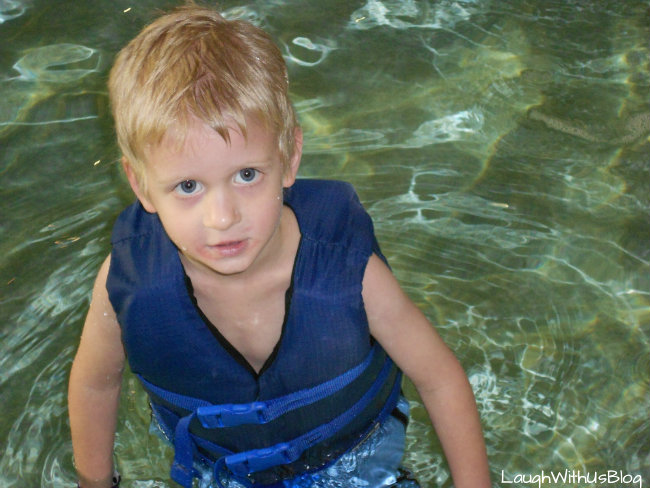 He was too little to go on any of the big slides, but he enjoyed the middle slides and went on them several times.  Still, he preferred all the fun toys in the toddler area. 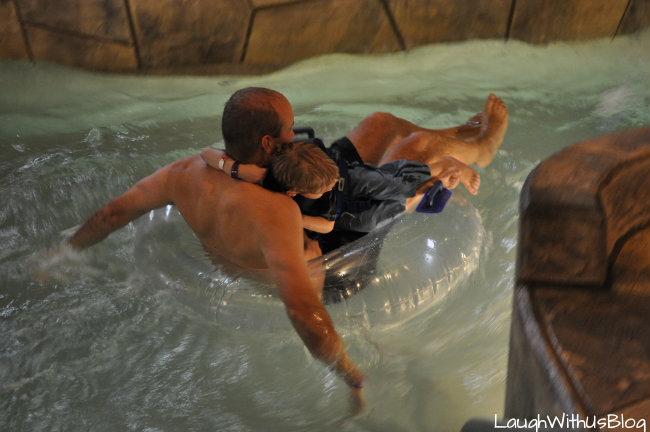 The girls had a blast racing Daddy in the lazy river.  Little Jason?  Not so much.  He was kind of scared and when Daddy asked if he wanted to go around again he said that he’d already done that. 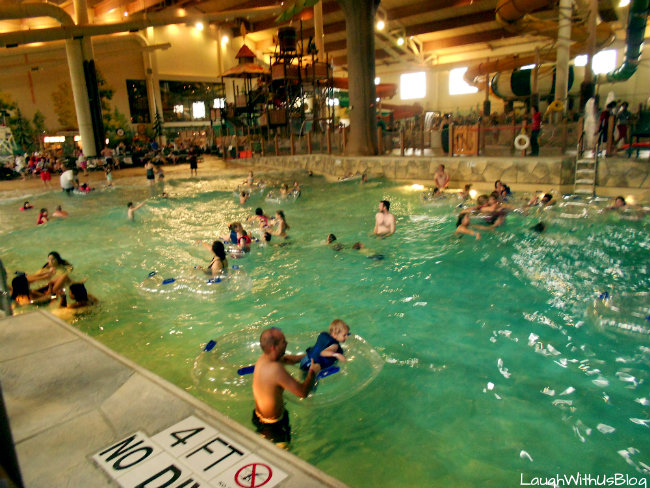 The wave pool was a huge hit with the girls.  They kept wanting to go back over and over.  I liked it okay, but Jason and I much preferred the slides!  There are five of the big slides that were super fun.  Three of them were with inner tubes and the other two you went down on rafts in groups of four.  The Tornado had a serious drop!  Fun, fun, fun!  I did the slides until my legs would no longer take me up those stairs. 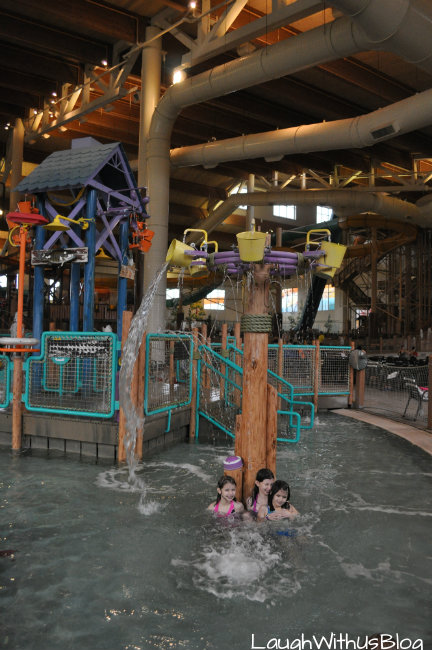 As I looked through the photos I realized I didn’t get very many of the girls.  I figure it was because I spent a lot of time watching the boys, but when I was with the girls we were thrill seeking on those slides.  I did see a girl take her phone down a slide with her to get some shots but I wasn’t that brave.  Faith and I did have one of the inner tubes flip  over as we were coming out of the slide.  That was pretty scarey, fun, but scarey! 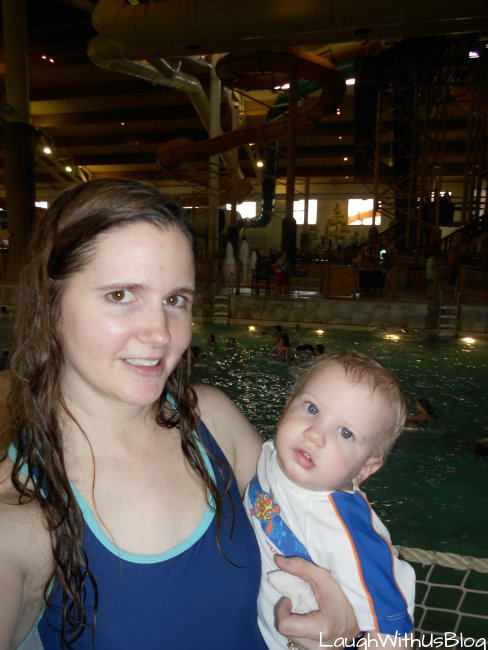 I was there!  I took this photo of Bobby and I just so I’d have some proof that I was there with the family!  Two days at the water park was perfect for us.  By the end of the second day we were all like walking zombies we were so tired.

We didn’t do a lot of the extras that are available at the park, but the MagiQuest game was a part of our package!