My husband’s grandfather passed away on Thursday so we packed up and headed to Nebraska.  It seems like we have had more than our share of death in the last year, but I’ll keep this post light!

The kids were amazed at all the snow!  We got out of the van and began making our way to the building on the icy road.  Jason said to the girls, “Be careful; don’t slip…”  In unison all three girls slipped and fell on their bottoms.  “…on the ice.”  It would have been almost musical if it hadn’t been for the cacophony of cries that followed.  Thankfully, they made up with the snow and ice a bit later.  See for yourself: 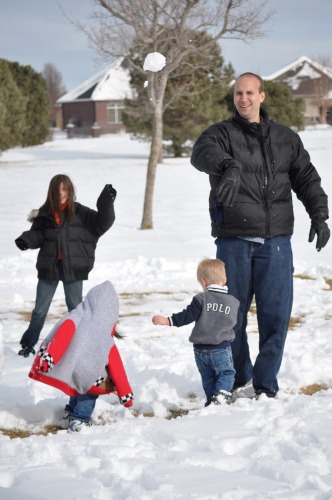 Daddy, always the fun one! 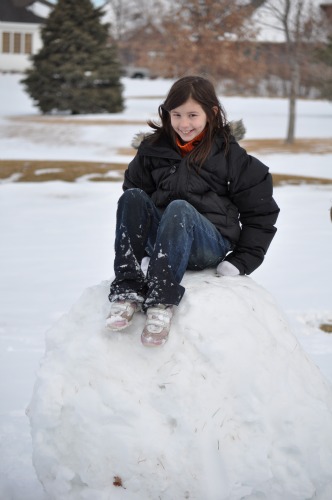 Faith, queen of the snow ball. 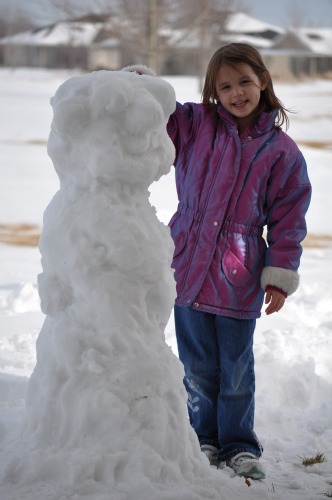 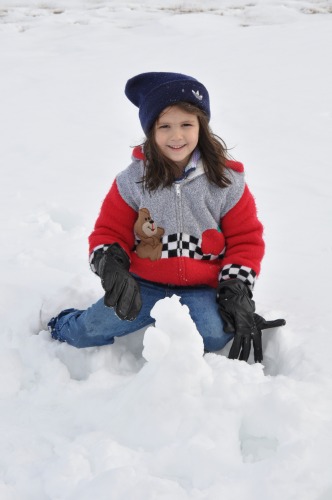 Grace tried to build her own snow man. 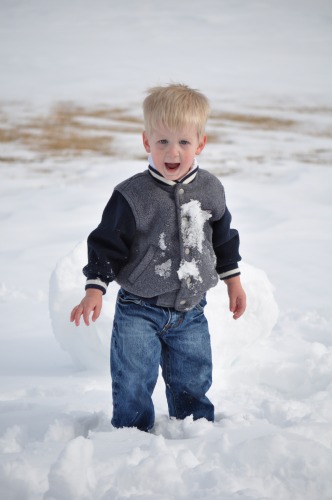