Just under three weeks after coming home from our Florida/Bahama vacation we turned around and headed to South Texas for a whirlwind trip for a family reunion over Christmas. 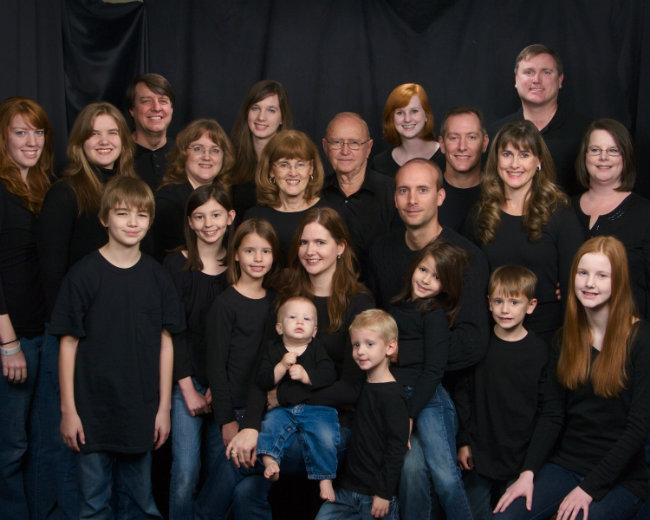 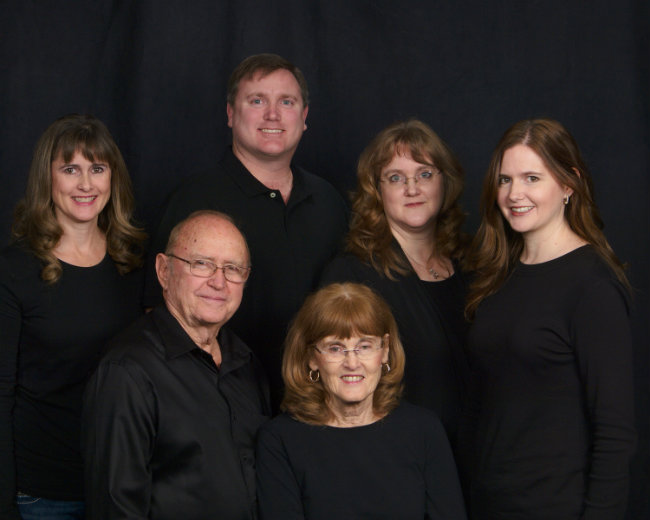 The last time my parents and the four of us kids got together was five years ago!  We didn’t pay big bucks for photography, but were happy to get everyone together and all looking the same general direction!

We arrived in South Texas with two coughing little boys.  They had been sick with a cold for several days so I had hoped that they would all be better by the time we got there.  The first night both boys coughed all night long.  I didn’t get much sleep.  Since Little Jason had that acute respiratory airway disease about a year and a half ago I always worry when he gets a cough that it will go to his lungs again.  Hearing him cough all night I wished that I had brought the nebulizer and prayed that he would keep breathing.

Bobby’s breathing was really crackly and by Christmas he was running a high fever.  I really grew worried when his temperature was hardly going down after a dose of both Tylenol and Ibuprofen and two hours later.  I ate Christmas dinner after everyone else had finished and hardly remember what I ate.  I must have been more worried that I even realized.  One of my sisters told me I yelled at her and I didn’t even know I did it.  She was so surprised.  She said I had never yelled at her before.

By evening Bobby’s temperature was going back up and his coughing was so bad I worried that he was having trouble breathing.  Jason and I finally made the decision to take him to an urgent care clinic.  I had given Bobby a dose of allergy medicine that really calmed his cough by the time the doctor saw him.  Thankfully his lungs were clear, but he did have an ear infection.  The doctor was more concerned with Little Jason’s cough.  I left with a prescription for antibiotic and albuterol–just in case the coughing got worse.  And that’s how I spent Christmas.

The day after Christmas is when we went to get the photo done.  After antibiotics and Tylenol Bobby was still crankier than usual, but seemed to be doing better.  This mom job is pretty tough when these precious little ones are not doing well.  It is such a helpless feeling to have to watch them suffer and not know how to help them!