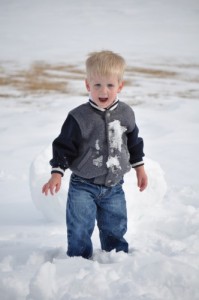 My little boy has been coughing and running a fever.  He had the problem for a couple of weeks, but got better.  Then last week it all came back again.

Sunday morning when I got him up to take him to church, he had thrown up in his bed.  I kept him home and decided to take him to the Minute Clinic that is close to my house.

The nurse put a little thing on his finger to read his oxygen level while she listened to his breathing.  She shook her head.  “I’m sorry, but I hear a lot of crackling in his lungs and his oxygen levels are below normal,” she said.  “You need to take him to the Children’s hospital.”

“Couldn’t I just take him to see his doctor tomorrow morning?”  If it wasn’t urgent I didn’t want to spend the extra money to take him to the ER.

“Oh no!” she looked frightened, “You need to take him right now.  I’m not going to charge you anything.”  She didn’t say he had pneumonia, but she didn’t rule it out as a possibility when I asked about it.

The ER was super crowded.  It reminded me of how they might portray it in a movie.  I told the nurse that attended us my story of having been to the Minute Clinic.  He listened to my little boy and marked the chart “Urgent.”

After undergoing a breathing treatment and x-rays, we finally got a diagnosis–acute respiratory airway disease, an ear infection, and sinusitis.  The nurse gave him a steroid and told me that he would like it initially, but that it had a really bad after taste.  Sure enough, Little Jason kept scratching at his tongue.

“It really does have a horrible after taste,” the nurse repeated.  “Wondering how I know?”  I nodded.  “I had a little boy spit it right in my face one time.  Yep, it has a horrible aftertaste.”

“Oh, you think that’s bad,” she continued. “When I was first out of college I worked in labor and delivery. . . .”  She said that she was checking some poor lady when her water broke and she got splattered all over her face.  And, yep, she tasted the fluid.  “It’s sweet,” she said.

“Eww,” I repeated, laughing partly because it was funny and partly in surprise and horror.  It was good to laugh in the midst of my worry over my son.

We have been giving him the breathing treatments, steroid, and antibiotic for a few days now.  He seems to be doing well, but I can still hear him wheezing.  We will see his doctor this morning.  I know these issues are fairly common, but I would appreciate your prayers!

I’m linked with Raising Homemakers, iFellowship, and Women in the Word Wednesdays.