The Pumpkin Patch that we love to go to in Flower Mound, TX has always been free until this year.  They began charging a nominal $5 per parking.  It is still, in my opinion, well worth the drive!  My husband decided that he could do without the trip this year so being the die hard lover of festivities that I am, I took my crew without my other half.  They were well warned about staying together and behaving etc. 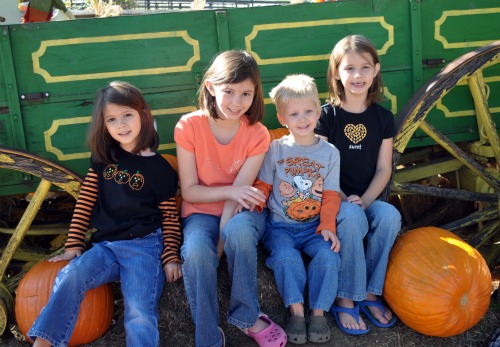 The rule is that no one plays until Mom gets her picture.  Usually cooperation is not a problem!  I actually got there too late for great photo opportunities as the sun was already very bright, but I did at least capture the memory! 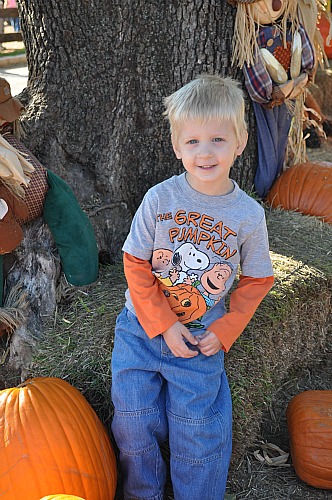 After my photo shoot, I (eight months pregnant) waddled around behind them making sure they stayed together as they jumped in the bounce houses, ran through the mazes and bounded through the pumpkins .  I even braved the hay ride with them.  Thankfully it wasn’t too bumpy!

I let them play until they began asking about drinks and food.  Surprisingly, the concession stands were closed and only open on the weekends.  So we loaded up and headed to the closest McDonnalds!  It was a great day at the Pumpkin Patch.  I’m glad I made the effort to take the kids!