*Disclosure-The VTech product, information, and additional gift pack have been provided by VTech. 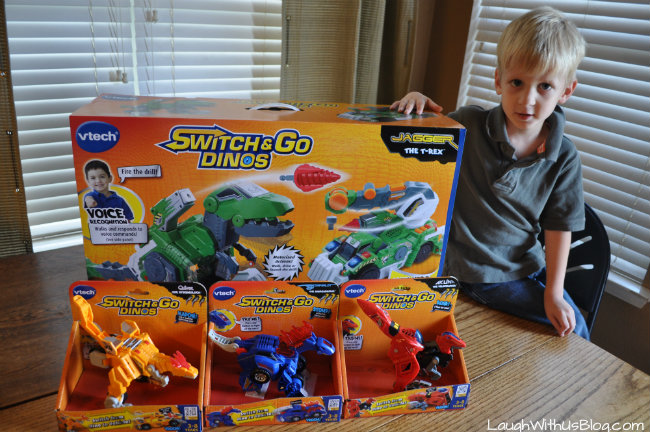 Oh my goodness!  This is the most excited I’ve seen the kids in a while.  They were ecstatic to get to review VTech Switch & Go Dinos!  Switch & Go Dinos are the ultimate kid’s toys!  VTech’s evolving line now features more than 15 Swith 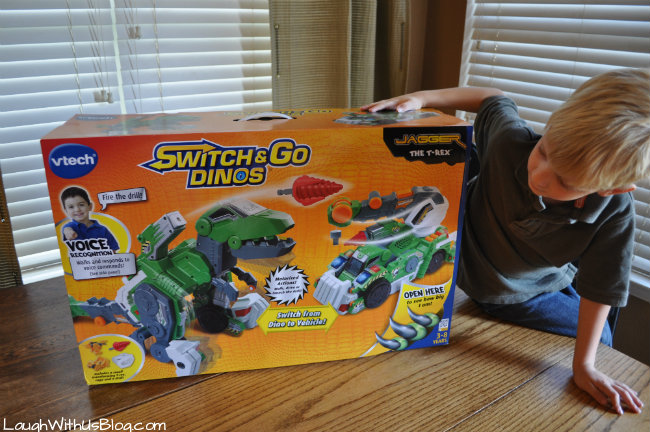 Switch & Go Dinos easily transform between a dinosaur and a vehicle in a few simple steps.  Each of the collectible Switch & Go Dinos features high-quality electronics and a unique transformation feature to provide a 2-in-1 imaginative play experience.  Jagger the T-Rex transforms from a construction crane to a Tyrannosaurus Rex. Combined with voice recognition technology, Jagger is one of the coolest Switch & Go Dinos yet! 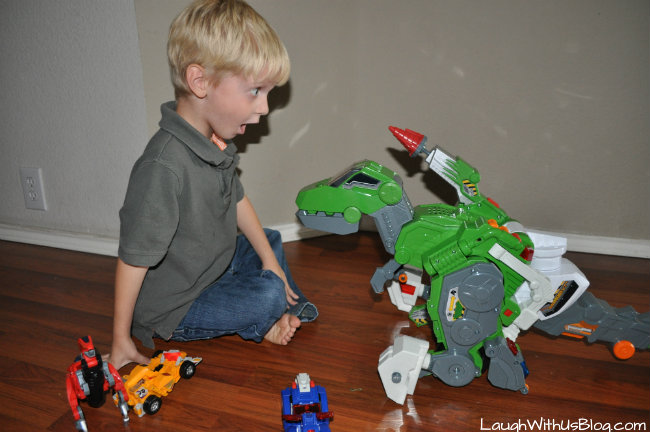 Jagger even recognizes and responds to specific voice commands. Say “Roar with me,” and hear him roar with his voice-activated motorized jaw.  “Roar!” In dinosaur mode, sound effect buttons emit realistic dinosaur sounds and phrases that teach facts about each dino, providing kids with fun and enriching playtime. 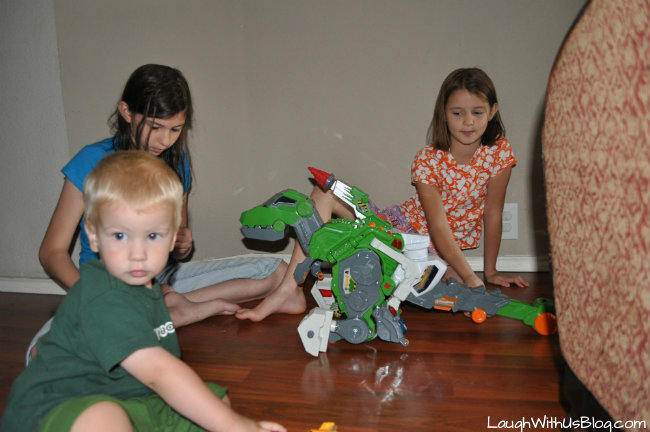 Don’t think for a minute that the boys had all the fun.  I actually had to remind the girls to give the boys a turn with Jagger.  Their favorite feature is the drill launcher aimed at unsuspecting little boys!

See for yourselves how much fun the boys are having with their new Dinos! 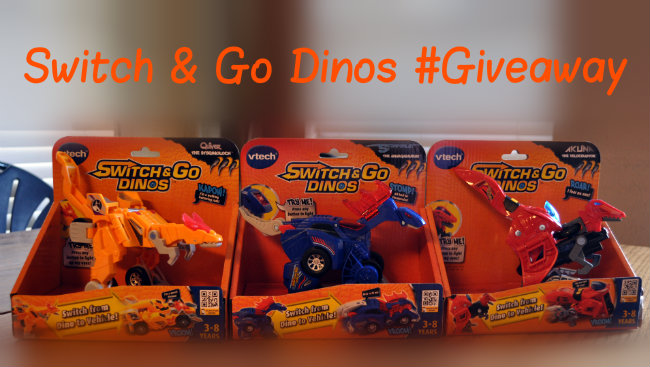 VTech is generously offering one of my readers a gift pack of assorted three smaller dinos!  They also switch from dino to vehicle in a few simple steps.  They have lights and different sounds based on their shape.  I have to say my boys love these as much as they do Jagger!  Enter the giveaway on the Rafflecopter below!