Slap’s BBQ is the place to be for fast casual, award winning Kansas City BBQ! My visit to Slap’s BBQ was part of a mouth watering foodie familiarization trip with Visit Kansas City, Kansas in which I savored some of KCK’s best! 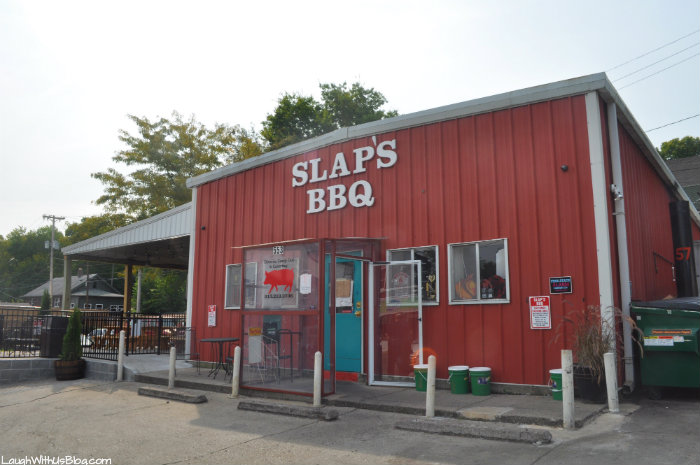 Slap’s BBQ has been open for about three years and most recently completed the back patio to make more room for the lines of people that flock to Slap’s for their share of some of the best KC BBQ cooked low and slow all night! 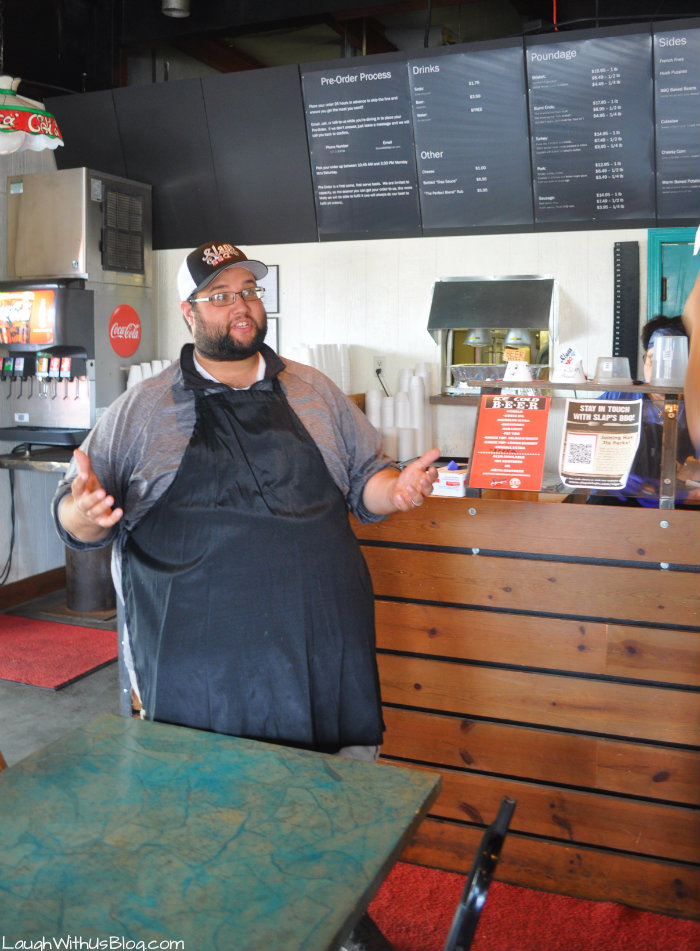 We had the opportunity to meet Joe Pearce himself! He showed us around and explained how he and his brother got started. Joe and his brother Mike opened Slap’s BBQ after years of loving and cooking Kansas City BBQ. Their dream began by entering and winning competition after competition. Finally their successes landed them the opportunity to compete on the show Destination America’s Barbecue Pitmasters fifth season where they competed with the top teams and restaurants in the nation! They were the youngest team to ever compete on the show! After winning the first two rounds they took second place in the final!

When they first opened the following year, they began by cooking just a few hundred pounds of meat and sold out within hours! They still sell out every day because they are committed to making the best BBQ fresh daily! 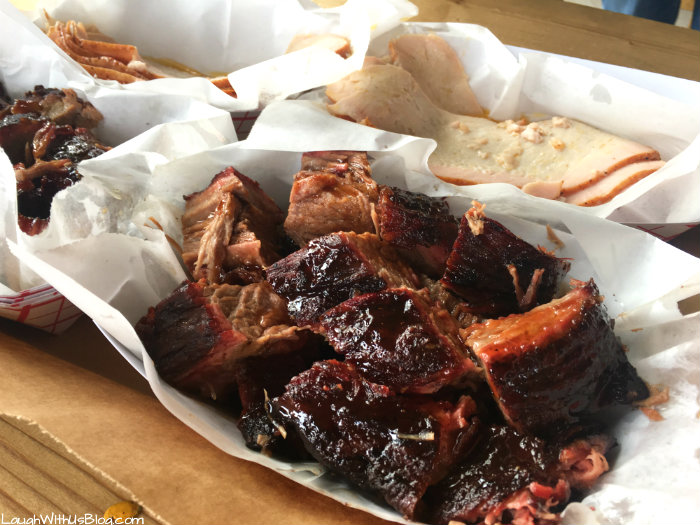 We sampled several different cuts of meat, but I fell instantly in love with their Burnt Ends! Have you ever had Burnt Ends? Burnt Ends came to be as pitmasters through the years would cut off that portion of the brisket as it was getting a bit charred and crunchy in order to serve the juicer portions of meat. The burnt ends would then be used in stews and such. Thankfully, someone down the line realized the amazing flavor in these chunks of meat. With the fat burned down and the smokey flavor of the “burned” ends, they are mouthwatering! 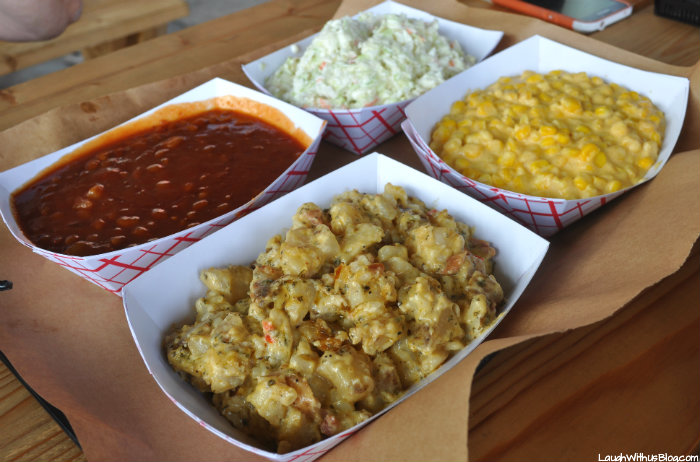 The sides at Slaps are fantastic as well. My favorite were the cheesy potatoes, so much flavor right here!

The motto at Slaps is “Good food, fresh food on a daily basis.” It’s easy to see why people line up to get their BBQ. The brothers still compete in over 20 contest each season!  Stop in and see what all the hype is about on your next visit to Kansas City, Kansas!

For more ideas on where to eat in Kansas City, Kansas head over to VisitKansasCityKS.