One of the places on our list to go with our blogging money was the Indoor Safari Park.  Doesn’t that just sound fun?  We have seen many advertisements for it and were excited to be able to go with our earnings from September.  My sister had a day off, so we planned the day together so we could visit while our kids enjoyed the park.  Tickets that included one animal ride, one train ride, and one indoor mini-golf game were $10 per child. 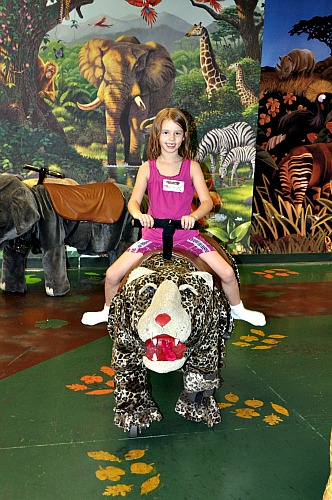 We got there when the store opened, or I should say when the store was advertised to open.  We waited and waited.  Finally, a lady showed up to open the doors a good fifteen minutes late, but she had just arrived, so nothing in the park was functional yet.  We all waited about another fifteen minutes for the lights to be turned on etc.  I was not impressed. 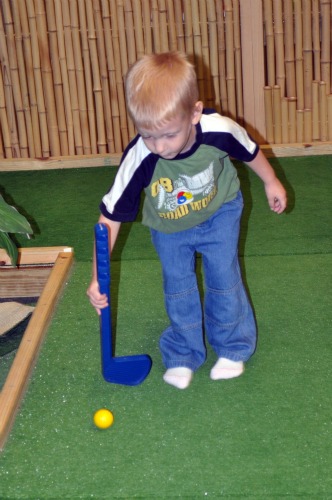 While we were standing in line, a lady came over to me and said that she had purchased two Groupons, but that there was no way that she would be coming back before it expired, so she handed me the paper for two pre-paid tickets!  I was so excited.  That meant I only had to pay for two of my crew!  The line finally started moving, and when I was almost to the cashier, another lady came up to me.  She said, “I don’t know what I was thinking.  I bought one more ticket than we needed,” and she handed me another free ticket!  So I ended up paying $10 for all of us!

I was especially thankful that I did not have to pay more because the park was a disappointment.  The rides were only offered every so often, so until they announced a ride was in session, almost every single kid was in the jungle gym…that wasn’t that big to begin with. The park did have a couple of fun things: a section covered in balls that the kids loved playing in as well as a trampoline. 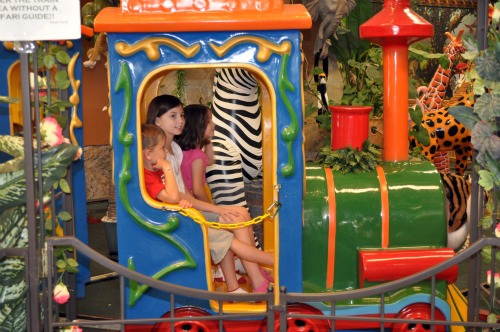 The kids had a blast and for $2 per kid it wasn’t bad, but from a Mom’s perspective, it is definitely not worth the $10 advertised price per kid tickets.  (Maybe they just had a bad day.)  Still, it worked out great, because we have enough money left over to do something else!