After leaving our family in Columbus, Nebraska, we headed for Omaha.  We headed straight for downtown.  Of all the neat places in Omaha Spaghetti Works was my first choice to take the family.  The kids ooed and ahed at the brick streets in downtown. 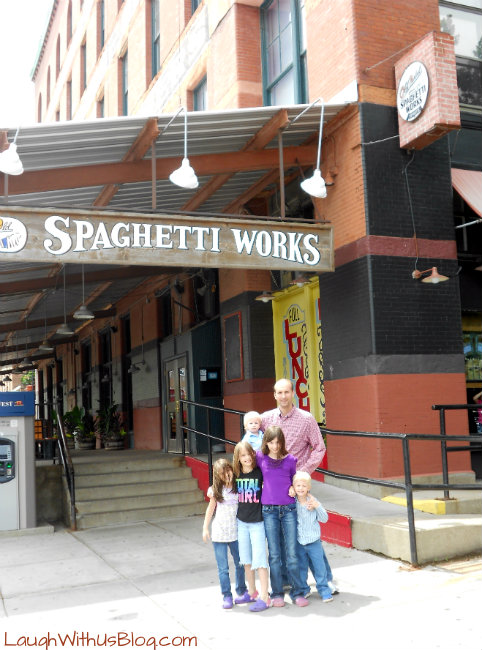 I love the old building!  Walking into the restaurant from the nostalgic old town is just so romantic I think! 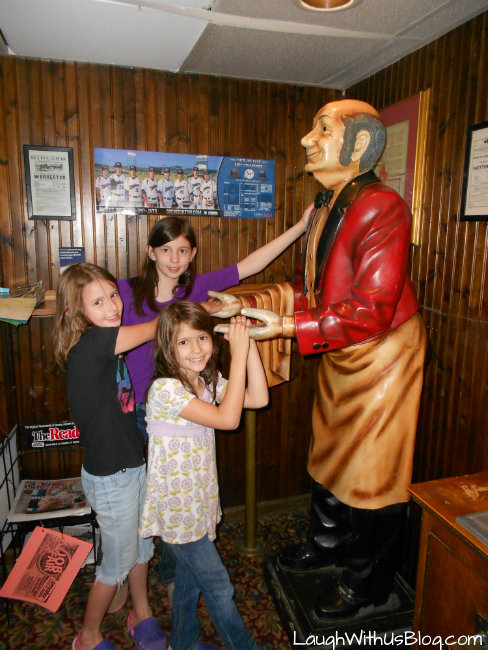 This is what went on as we waited for our table; well, at least it’s part of what went on.  This was one of those, “Hey Mom take a photo of us like this for your blog,” moments.  A few minutes later my 4 and 7 year olds were wrestling in the middle of the floor, not fighting, wrestling and having a grand ol’ time.  I sometimes have mixed feelings about these times.  Part of me thinks, “That looks like fun!” and the other part of me thinks, “Oh my goodness who would let their children behave that way?”  In the end I let it go on a little while, and then ended the fun with, “Okay now, let’s act like humans!” 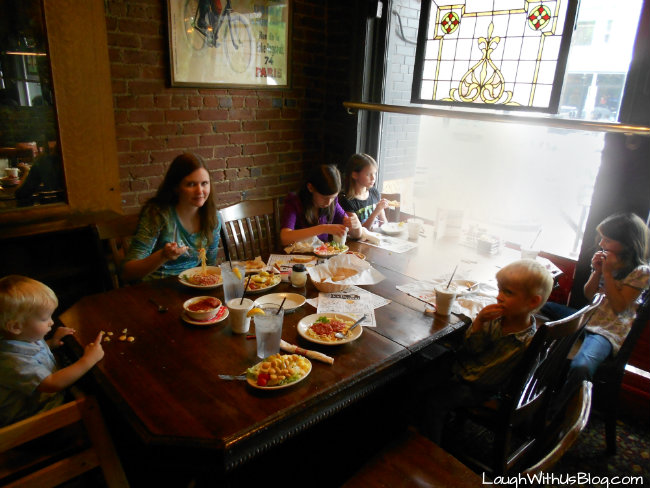 Just look at the table and window–so beautiful!  We ordered Original Spaghetti all around.  It is so good!  And for $5.99 you get one trip to the salad bar, unlimited spaghetti, and garlic bread.  The food was fantastic and the atmosphere couldn’t be better.  I just regret that we didn’t get to go again while we were in Omaha.