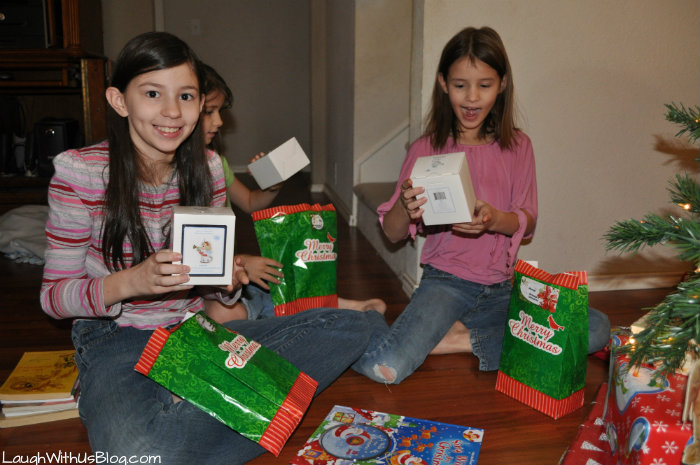 This year we opened our Christmas gifts on New Year’s Day morning since we were traveling for Christmas.  People kept asking the kids what they received for Christmas and then would look shocked when the kids replied, “Nothing, we didn’t get any presents.”  Actually, last year we didn’t exchange gifts at all so it wasn’t completely implausible, but since I’ve been working from home it brought me great joy to be able to get each of the kids a couple of gifts. 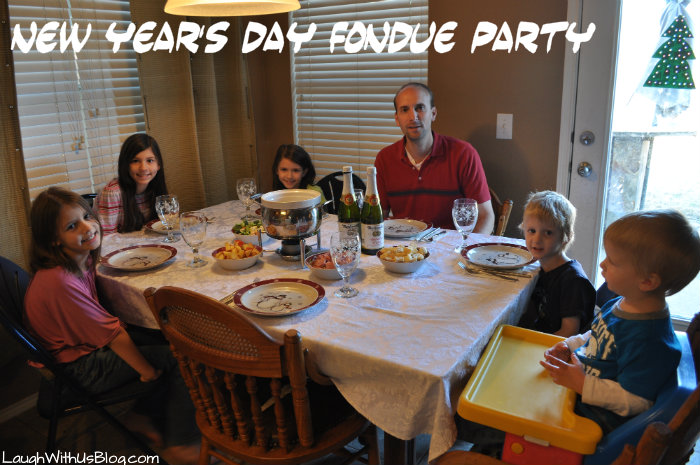 I don’t remember how fondue for New Year’s Day became our family tradition, but we’ve been doing it now for several years.  Before I purchased a fondue pot, I just used my crock pot and it worked just as well though maybe not quite as pretty on the table. 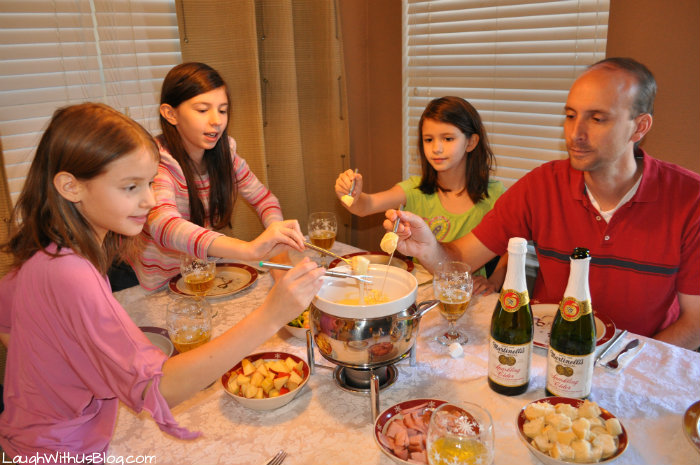 This year I went with a Swiss fondue, but on of my daughter’s was really lobbying for a pepper jack fondue so…I think we’ll be doing fondue again really soon! 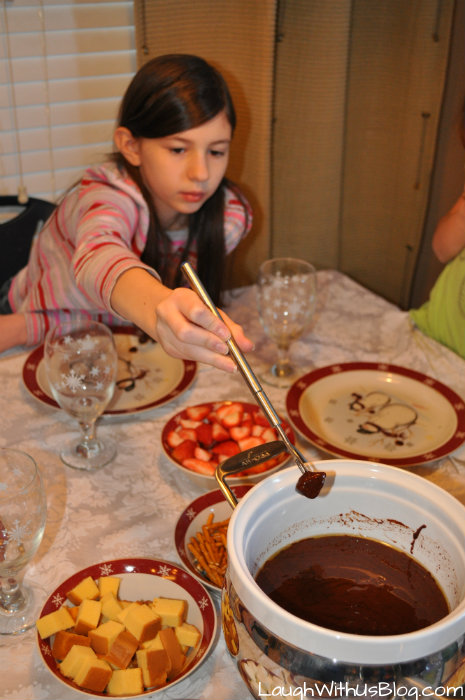 We do a cheese and then a chocolate fondue.  We’re split on which one we prefer, though both are so yummy! 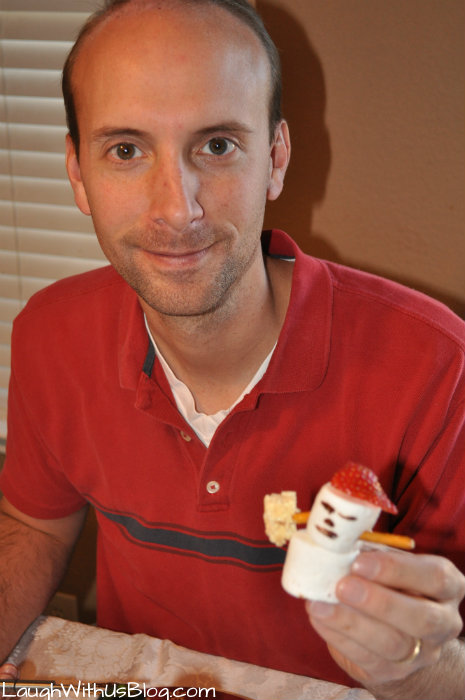 Fondue always seems to bring out the food artist in my husband. 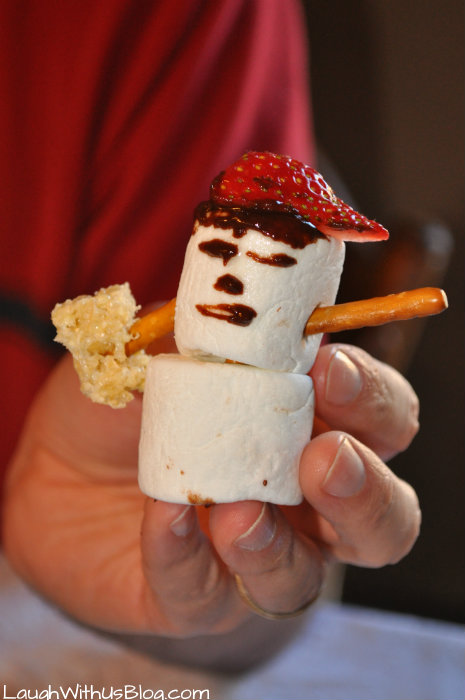 Several of the kids made little creations too, but this was my favorite.  Isn’t he a cute little baseball player?

We don’t ever do anything for New Year’s Eve.  I’m not sure why.  I don’t make New Year’s resolutions either.  In fact I find the idea irritating, for me I mean.  Pressure to change something just because it’s the New Year and everyone else is?  No thank you.  Hopefully I will continue to change daily in areas that need to grow though.  I’ll just call that my life resolution and be done with it.  Ha ha.  Happy New Year y’all!