Where has the time gone?  This little guy will be FIVE in October.  He was the sweetest little baby and had such a rough time when Bobby came into the world and stole his mama away, or I’m sure that is how he must have felt.  One day not all that long ago I heard him say, “I wish babies didn’t exist.”  He didn’t show much hostility to his little brother, but just never wanted much to do with him. 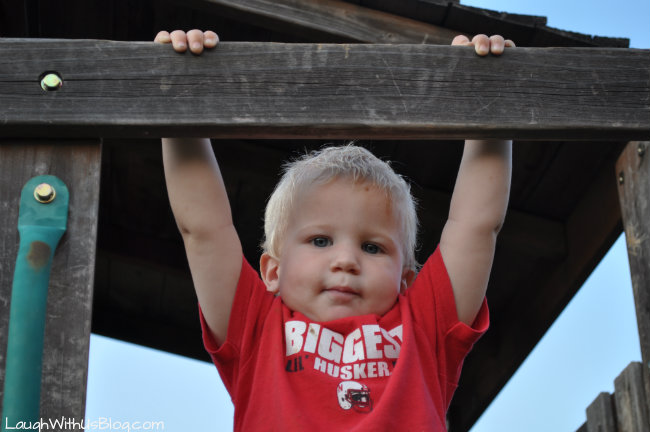 Bobby is growing so fast!  He has always been MUCH more strong willed than his brother.  If he doesn’t like something, everyone around knows it.  He is a screamer.  Nothing like a screaming child and the stares of others to make you feel like an awful parent!  But he is also very endearing.  He is saying everyone’s name now.  I’ve trained him to give kisses, but he clearly receives no pleasure from giving them–cracks me up!

I have wondered how the two boys will get along.  Sometimes with the kids there have been clear divisions of who was closer friends.  Little Jason probably spends the most time playing with Grace, but I think that now as Bobby is getting older he will be more of a playmate for Little Jason especially when school starts again and all three of the girls will be busier.

So it does my heart good to see them playing, laughing, and carrying on together.  I hope they continue to enjoy each other as much as they did in the back seat of the car yesterday.