I toured Mayberry via Squad Car as a part of a familiarization trip with Visit Mayberry. All opinions are my own. 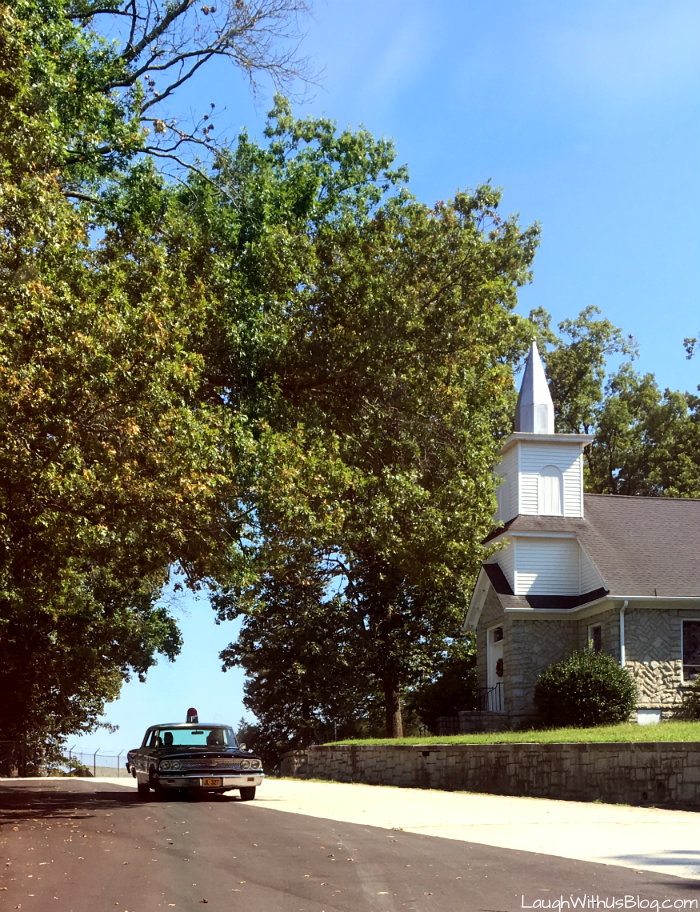 Squad Car Tours is Mayberry’s #1 attraction! If you are headed to Mount Airy, North Carolina to experience Mayberry, you will not be disappointed, but you will discover so much beyond Mayberry as you tour the city in Barney Fife’s old ride. I mean really, nowhere else can you experience this. 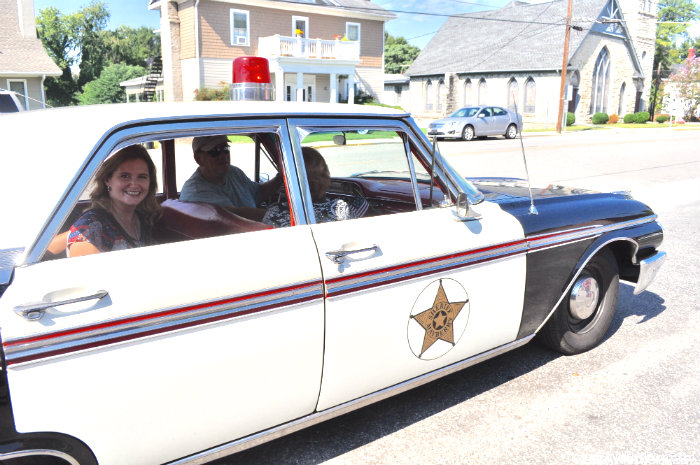 The tour begins at Wally’s Service where you board your squad car and set off sirens blazing and all, just like Barney. 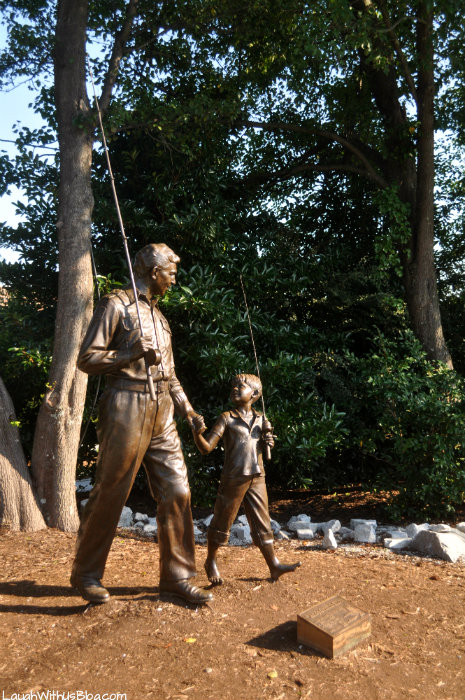 A very fitting first sight on the tour was the statue of Andy and Opie by the Andy Griffeth Museum. 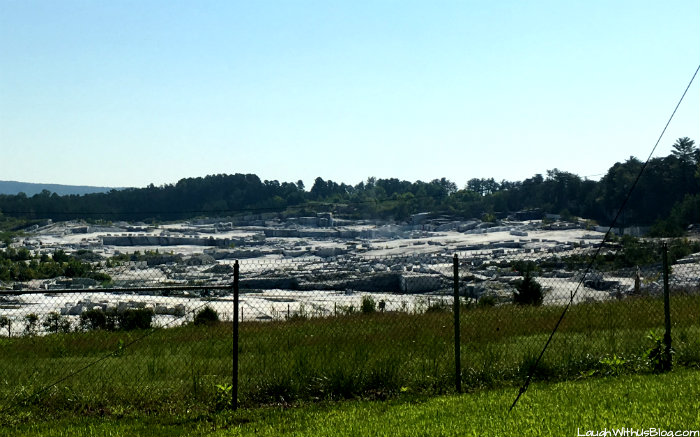 Did you know that the world’s largest open faced granite quarry is in Mount Airy? It’s so large that astronauts use it as a reference from space! 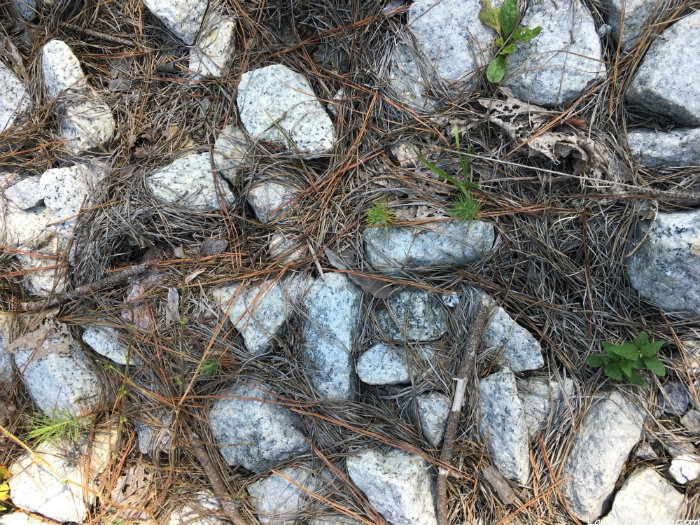 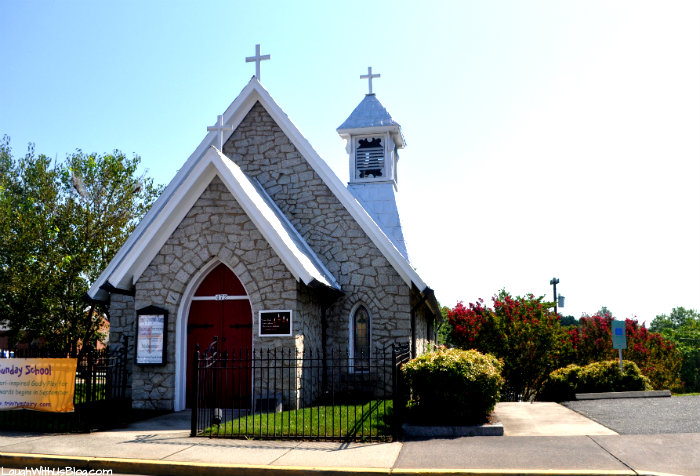 And then it all made sense. Many of the gorgeous old buildings (and even some newer ones) are made of granite! Forget granite counter tops. I want a granite house! The construction is so beautiful. 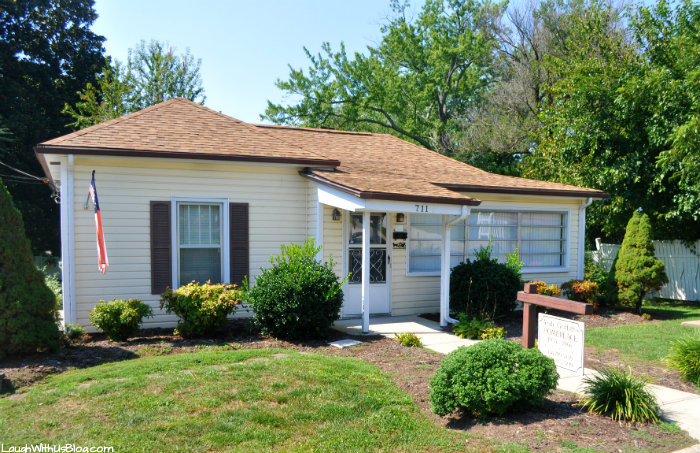 Andy’s Homeplace in Mount Airy! Andy lived here with his mother and father until he graduated from high school. It has two bedrooms, kitchen, living room and one bath. And the best part? It is now a bed and breakfast! On my next trip to Mount Airy I want to stay here! I’m told you can marathon all the Andy Griffith shows available inside. 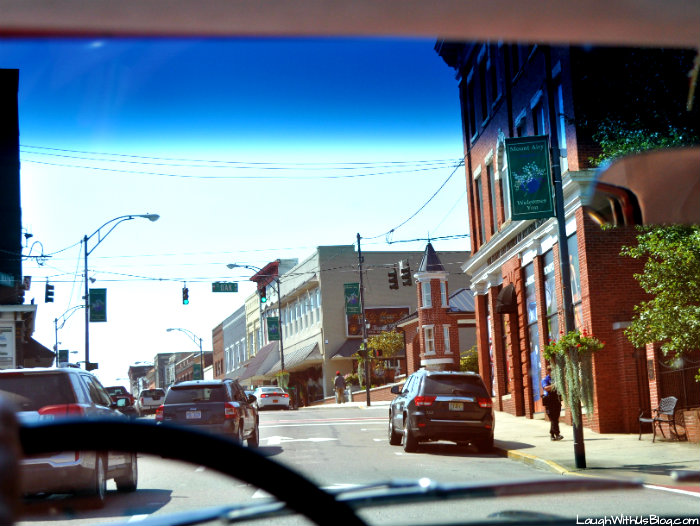 People ask me, is Mount Airy Mayberry? Well that’s complicated! As Mayberry is a fictitious town! But as Andy Griffith’s childhood home, he based so much of Mayberry on people, places, and names from Mount Airy. No, Mount Airy now does not look like Mayberry, but you will certainly find Mayberry there! 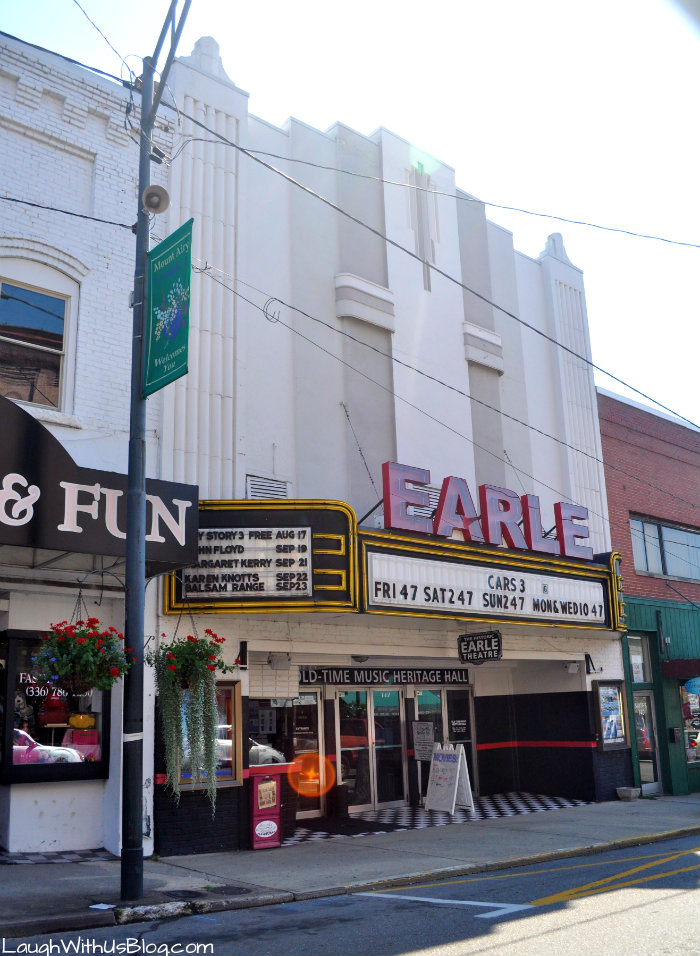 You can still catch a show in the Earl theater where Andy Griffith performed in his early life. 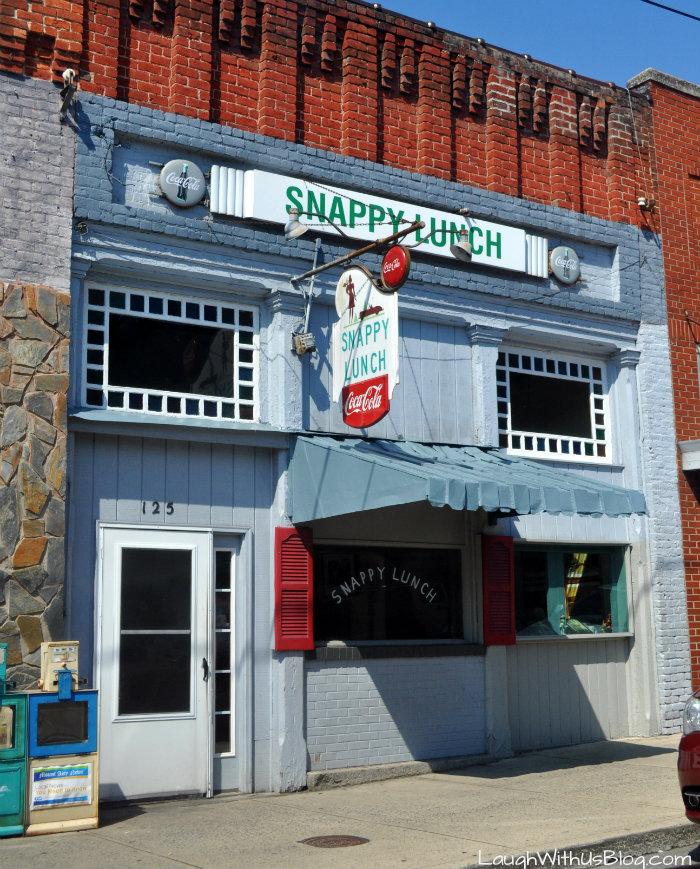 And you don’t want to miss Snappy Lunch, a burger joint on the Andy Griffith show that was based on this real place that is still in operation today. You have to try their famous pork chop sandwich! 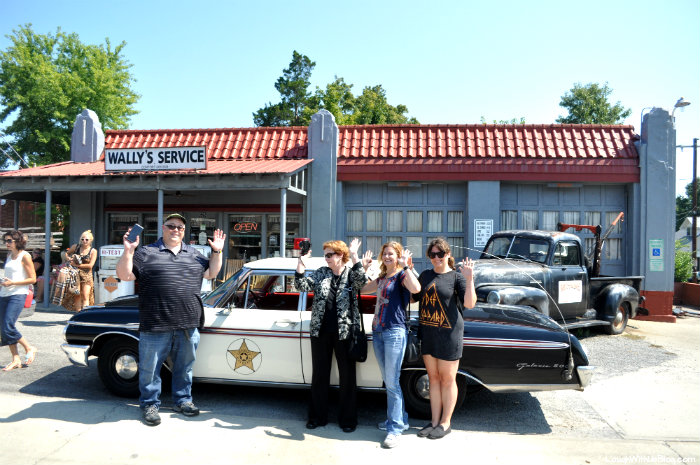 The Squad Car Tour ends again at Wally’s Service. Don’t miss the opportunity for a fun photo! Whoa it looks like we were just held up by Barney Fife! 😉 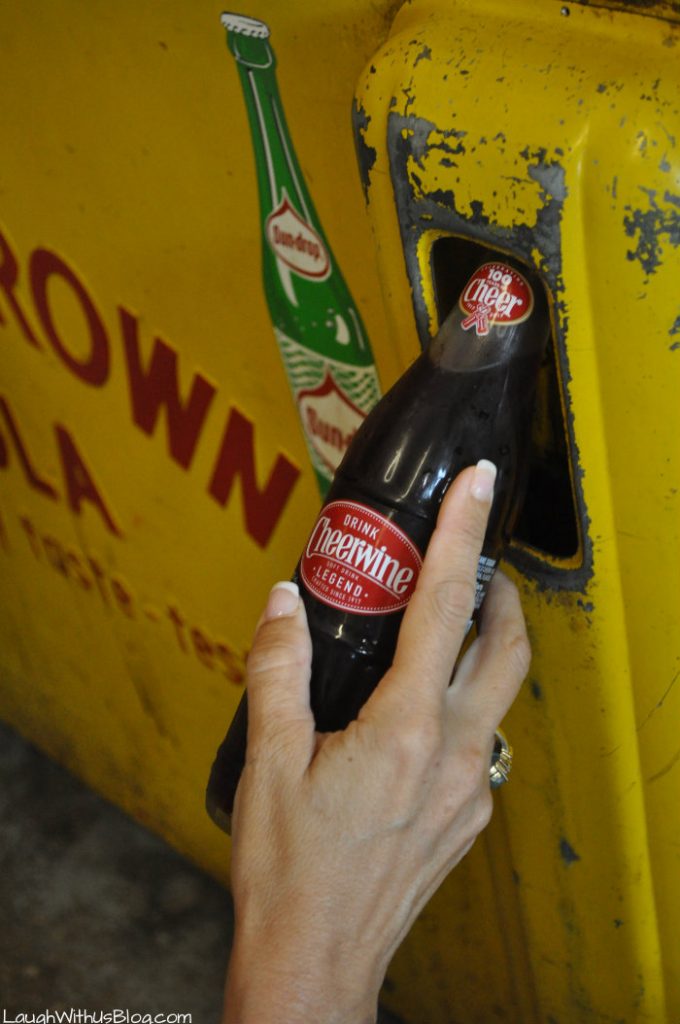 When your tour is over, head into Wally’s for some good old fashioned Cheerwine, a North Carolina must try! To this Texan it tasted a lot like a Cherry Dr. Pepper. 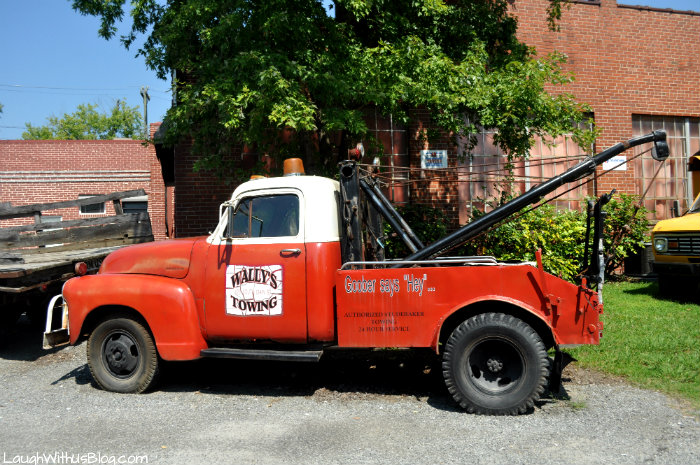 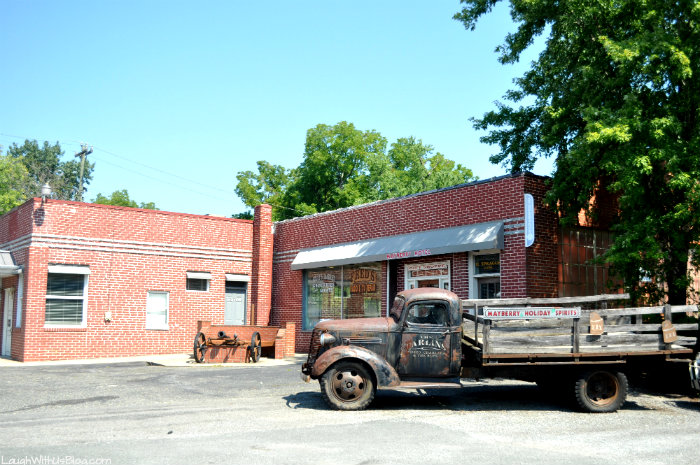 And who could forget The Marlins? I could almost hear them singing! Stop in the “Mayberry Hotel” gift shop for a souvenir. 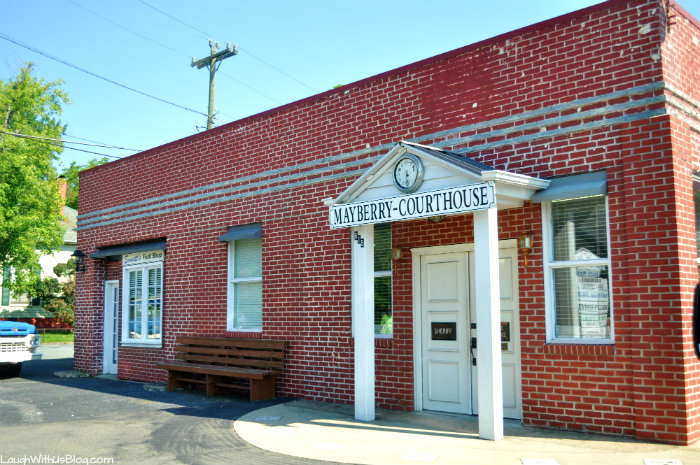 And a trip to Mayberry would not be complete without getting to see the courthouse! 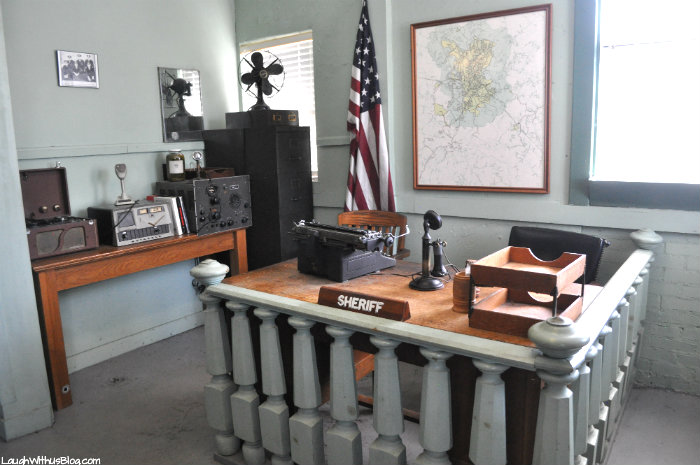 Take a photo behind Andy’s desk. 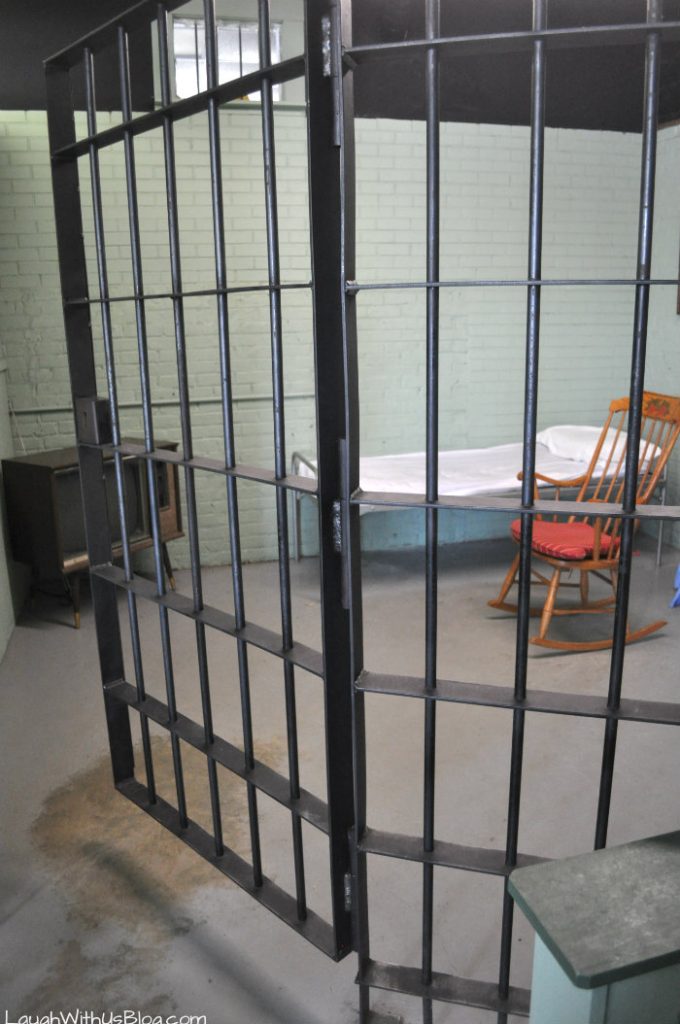 And hang out with Ernest T. Bass in the jail. These replicas of Andy and Barney’s adventures sure took me back.

The entire Squad Car experience is yours for a mere $35 per car load of up to five people. Start to finish is fantastic, and I highly recommend it!

Looking for more to do in Mount Airy? Check out Visit Mayberry!