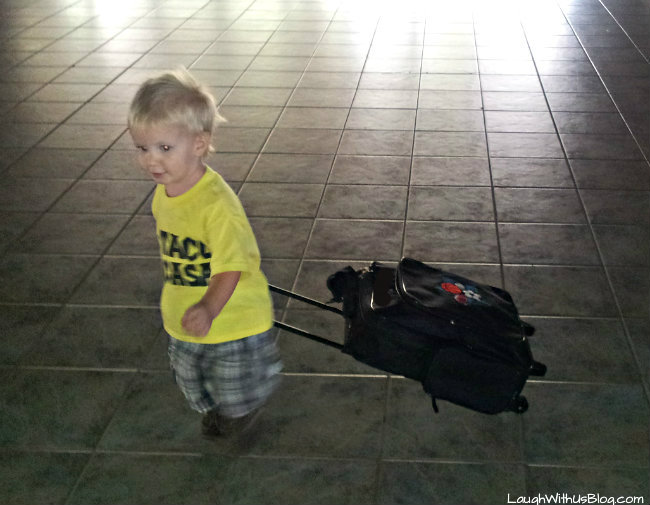 Bobby will be two next month!  Is that not hard to believe?  He is going to school this year and he loves it.  It cracks me up to see him pulling his bag.  He thinks he’s big stuff, and he is so proud.  He is going to a two day a week preschool program with his brother while the girls are in other homeschooling classes.  He is the youngest that I have ever left one of my kids.  I wasn’t sure how he would do since we don’t even put him in a nursery anymore.  The first couple of weeks he cried right when I dropped  him off, but would quit crying soon after as I was watching through the window.  Now he is excited to go and talks about the bubbles.  He is reportedly a great little dancer! 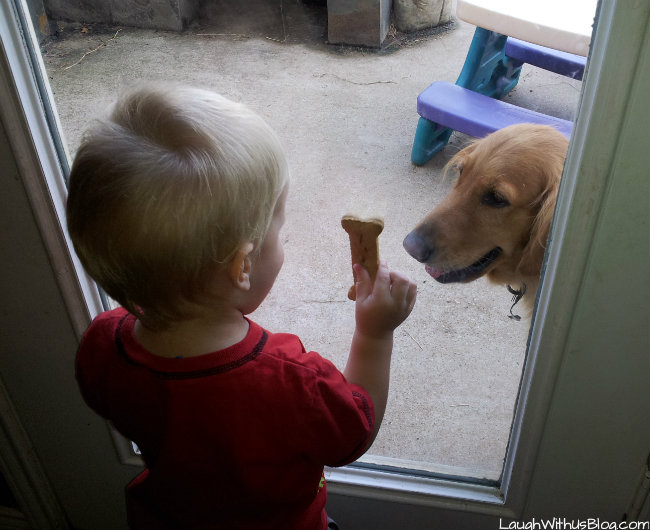 He and Sandy get along really well, which has been fun to see since Sandy kind of bullied Little Jason a little.  Bobby has never been scared of her though.  Funny how dogs sense fear.  One of Bobby’s favorite things to do is give Sandy a bone.  I was a little slow getting over to the door to help him open it on this day and found him teasing her through the window! 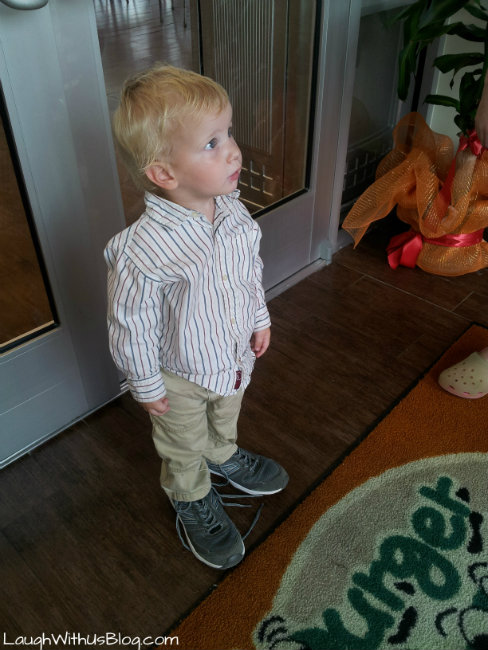 The girls all mother him.  They are a great help with him and he is very affectionate with them.  He is the most leery of Joy as she tends to be the one to tease him the most–surprise, surprise!   On this day we went to a burger place to eat after church.  I don’t know why he wasn’t wearing his shoes, but on of the girls but these shoes on him and took him into the restaurant.  He was so proud of them that I let him wear them until they fell off while he was eating.  He caused quite the stir!

Bobby has a personality all his own.  You’d think with five kids some would be alike in personality, but not so!  Bobby is sweet and affectionate, but has a temper that comes out mostly when we sit down to eat, lovely!  I think when he is eating better on his own, he won’t be so frustrated at meal times.  Recently he was sick with croup, but has been feeling just good enough to be crankier than usual.  You know how it is!