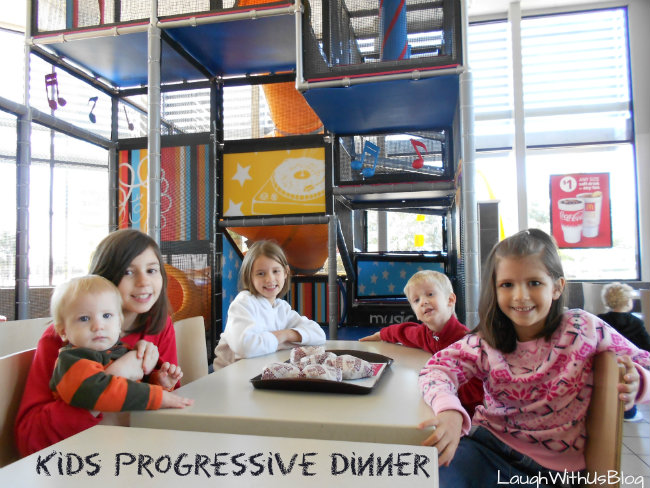 I had been wanting to do a progressive dinner with the kids for some time.  When we got Halloween coupons for McDonalds recently It seemed like the perfect opportunity!  They had four coupons each-a free hamburger, drink, apples and ice-cream, but they could only use one coupon per visit.  This is one advantage to living in the city.  There are probably 6 McDonalds in a five mile radius.

The first McDonalds was one they had never been to.  It was a musical jungle gym!  We had never seen one like that.  Everything they did in the gym made different noises.  It was so fun.  They did eat their hamburger before playing of course! 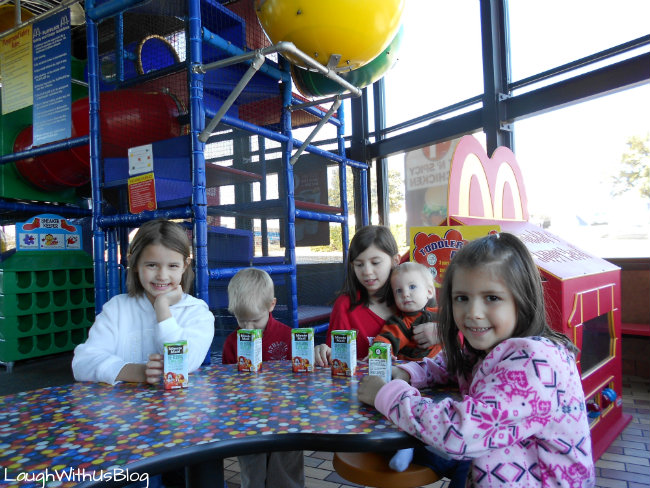 Juice was our second course.  This McDonalds they have been to several times.  They drank their juice and ran through the gym before heading to our next stop. 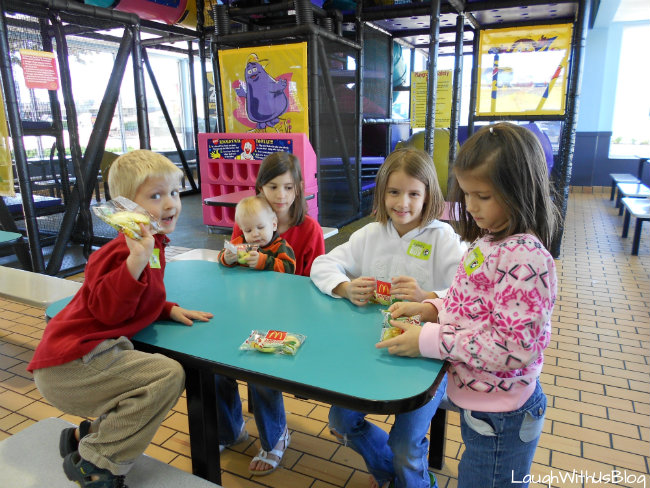 Apples were the third course.  Again they ate their food and then did a mad tour of the jungle gym.  By now it was getting late so I was beginning to rush them. 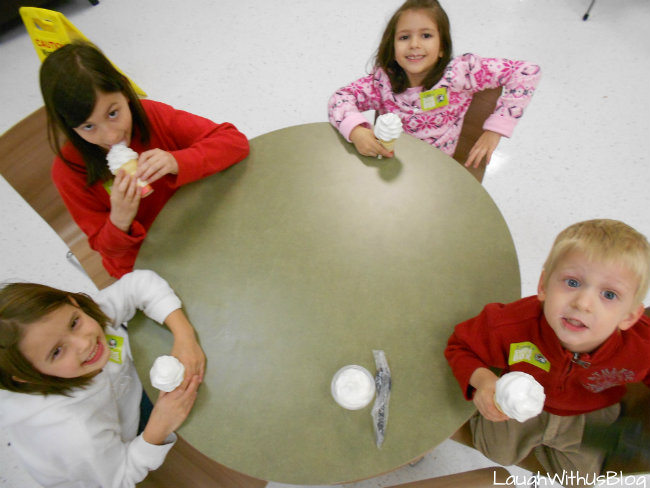 Ice Cream was our final course.   For this one I wisely chose a McDonald’s with no gym!  It was well past nap time and I was having a hard time keeping the baby awake.  He did eat his entire ice cream though!

It was a very fun, and cheap lunch.  Next I’d like to do a progressive dinner at home, maybe after Christmas!

I’m linked with Works For Me Wednesday.