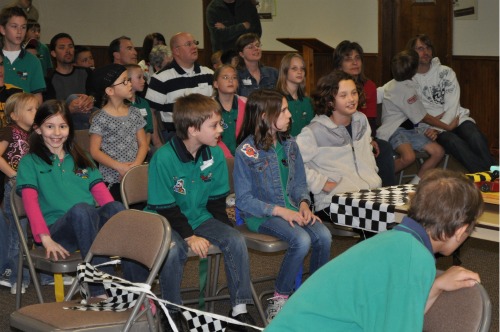 This year’s Grand Prix race went much better than last year!   This picture was taken right after she won her first heat.  She was so excited.  After that she took mostly second places but it was enough to get her into the semi-finals. 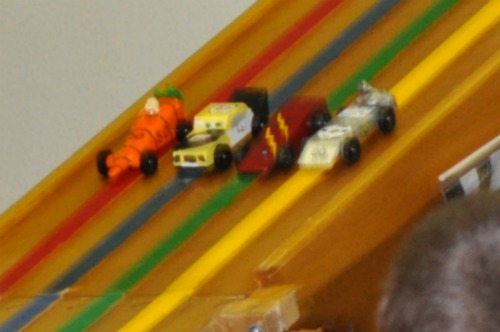 Her car is the red lightening.  She didn’t fair as well in the semi-finals, but she was happy.  Faith would love to win a trophy some day.  I hope she does, unlike her mother who never received a single trophy.  I know what it is like to wish for one, but alas we can’t all be winners and learning to lose and be happy for the winner is a trait well gained in one’s youth.