As it happened one of our homeschool co-ops was canceled for the day, but the boy’s Mom’s Day Out was still on.  I didn’t tell the girls what I had planned.  I wanted it to be a surprise and if something had come up then no one would have been disappointed.  But all went well and after we dropped the boys off we set out on our adventure.  For me a perfect day is one filled with lots of little surprises, and I so love to do that for the kids! 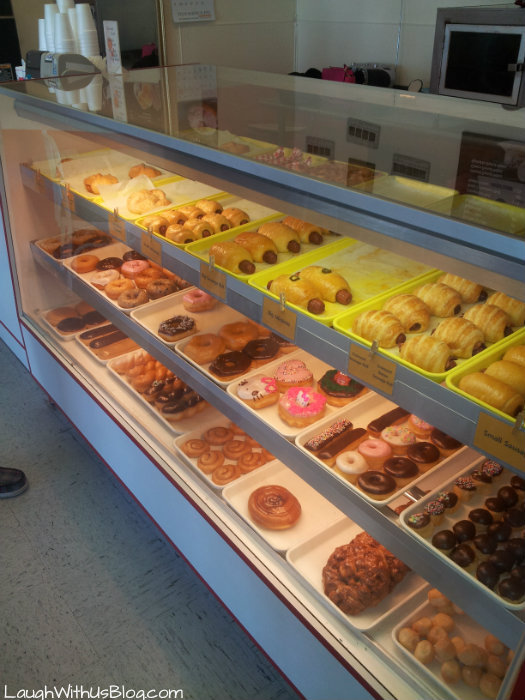 First I stopped at our favorite sausage roll place.  It’s just a little hole in the wall, but they have the best jalapeno sausage rolls.  They actually put jalapenos in the rolls, not just in the sausage!  I picked up a little bag with one for everyone. 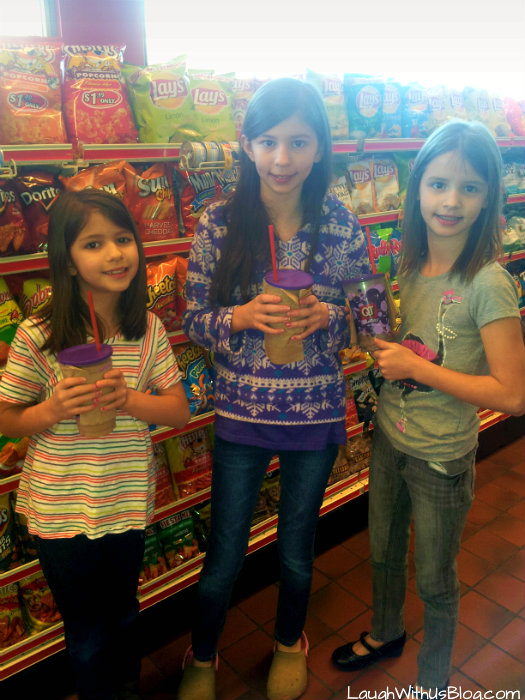 Next I took them to Quick Trip to get drinks with a gift card a friend gave us.  It took a while for them to choose a drink.  We took them to the van and I told the kids to eat up.  “In the van!!”  Yes, we ate in the van.  They were so excited you’d think it was the best thing ever.  It might be the first time I’ve let them.  🙂  When we had finished our yummy rolls, I asked the girls if they wanted to get their hair cut… 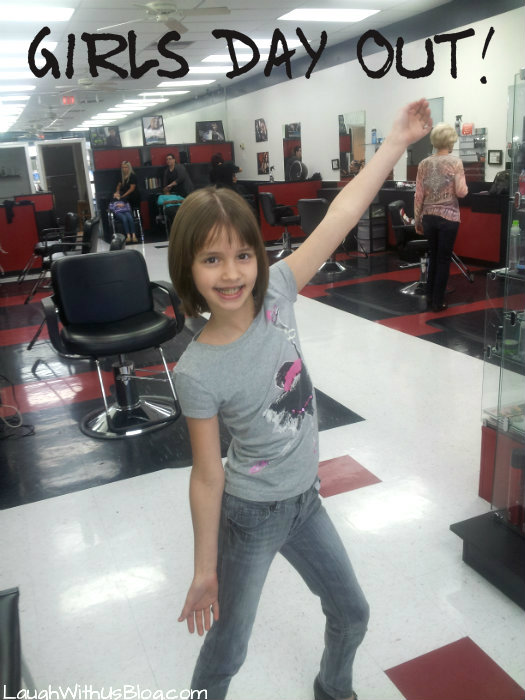 For the first time in their lives they had a shampoo, cut, and dry.  Joy’s hair was the most drastic.  She loves it! 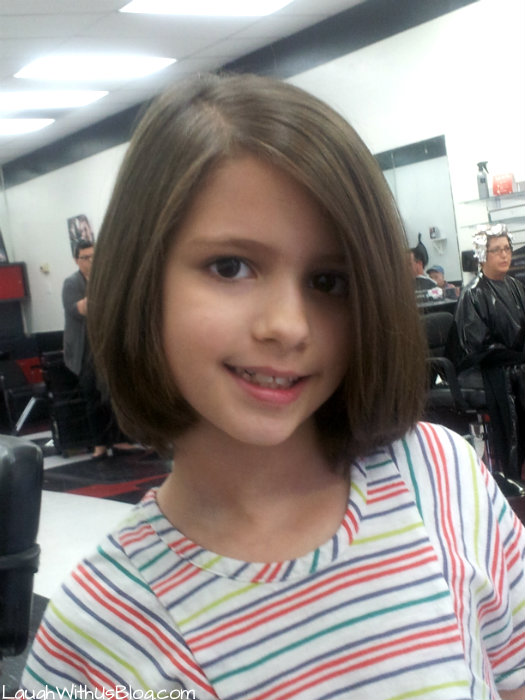 I’m so happy Grace wanted her hair cut.  It’s so thick and tangly and she’s not real fond of brushing it.  My husband says it looks like she doesn’t have a mother they way the go out and about with their hair in a mess.  I think it’s cute and bouncy for the summer! 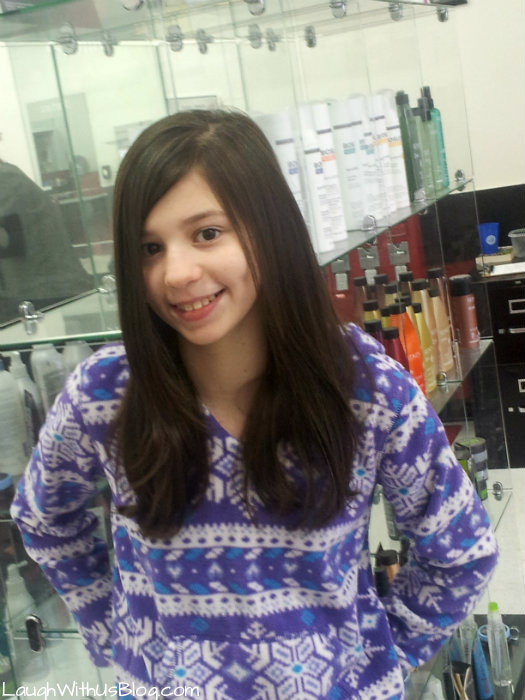 Faith decided to keep her hair long, but we trimmed all the dead ends off and gave her some long layers that frame her face.  She looks so grown up I can’t stand it! 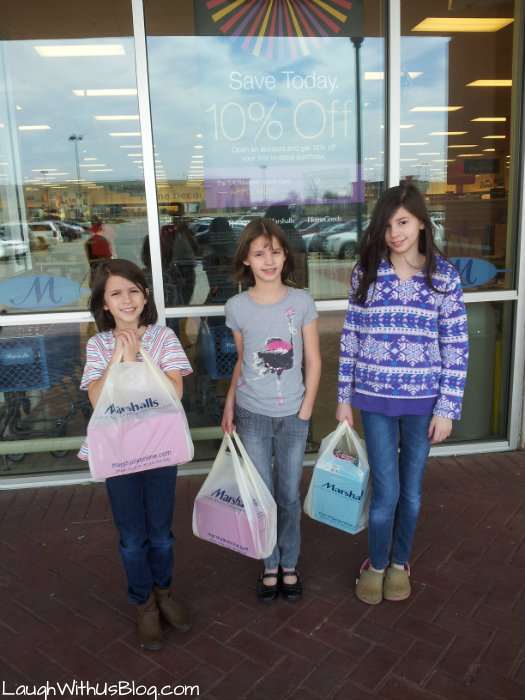 Next I took them to Marshall’s and let them each pick a pair of shoes.  We hardly ever get any new clothes or shoes for the kids.  In fact the only times they have I probably blogged about it, since it’s such an occasion.  They each found a pair they loved and were thrilled! 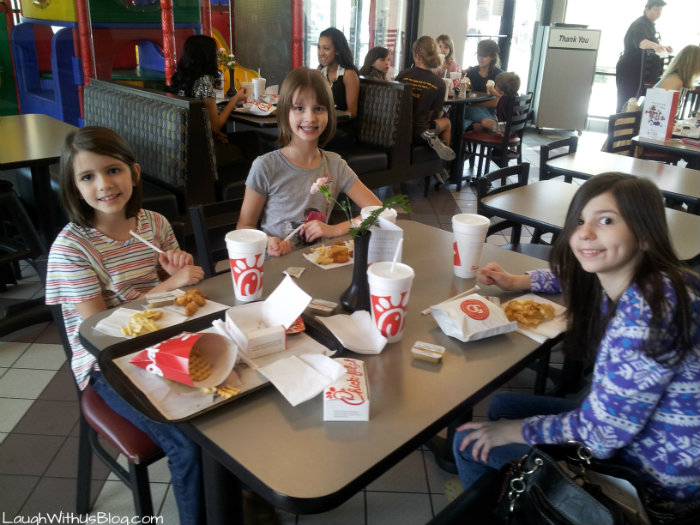 Their lunch of choice?  Why Chick-fil-A of course! 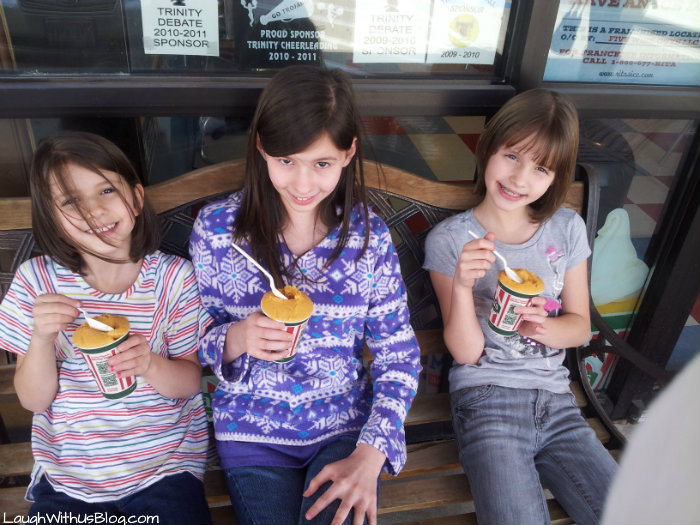 After lunch we ran a few errands and then for one last surprise we stopped by Rita’s Italian Ice for a treat.  I had free coupons that I had saved for a fun occasion.

It was great just hanging out with my girls.  How different than with the boys.  Everyone could get their own seat belt on.  I didn’t have to worry about losing a child in the store.  I didn’t have to hold a wiggly baby as the girls got their hair cut or worry about a highchair in the restaurant.  The best was lots of girl conversation.  I was so happy to see my boys at the end of the day, but I was struck with how much simpler it was to go out without my 2 and 5 year old blessings.  What a fun day out we had.  I hope there are many more to come throughout the years!