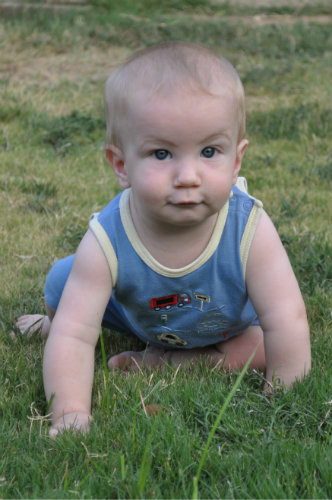 Oh my goodness Bobby has changed so much in the last month.  You would hardly recognize him!  In the last month he went from not even sitting up on his own to crawling across the room.  I was beginning to get a little worried that he wasn’t sitting up.  The other four kids learned to sit up as I would place them in a sitting position and they would work on balancing until they finally got it.  This did not work with Bobby.  If I tried to put him in a sitting position he would just dive forward.  One day was he just got to a sitting position on his own and has done it ever since! 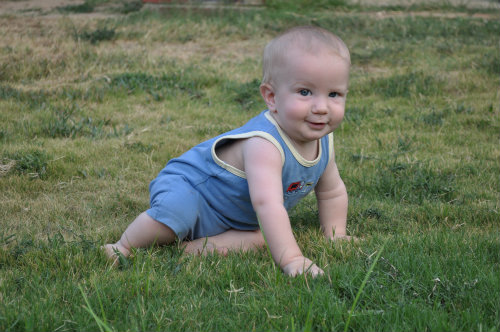 He is into everything now!  I love this age.  Bobby is so much fun.  Besides sitting up and crawling, he is also trying to say words.  One day Joy walked by and said, “Say ‘Hi,'” to Bobby and to our great surprise he responded, “Ha.”  Just to prove it wasn’t a fluke he did it three more times!  He also says what is supposed to be “mama,” “dada,” “yum, yum,” and “what’s that.” 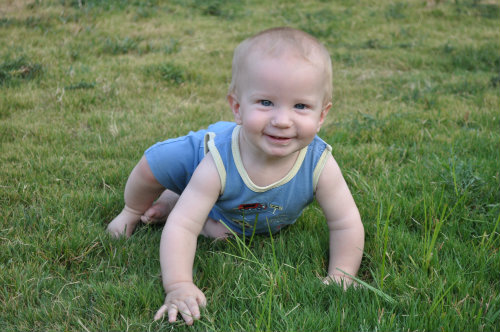 Bobby’s sisters spend lots of time playing with him and entertaining him.  Little Jason gets in on it some of the time, but most of the time I get the feeling he wished all that attention was turned on him.  I hope that one day they will be good friends!