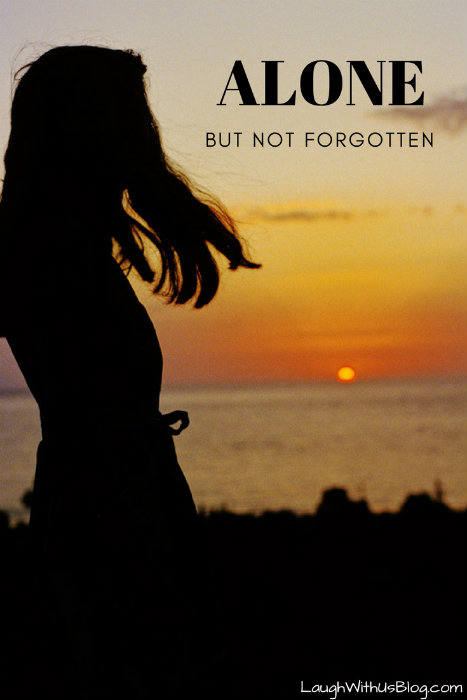 I had just graduated from a small Christian boarding high school, but the fun was not over: we still had a summer ensemble tour to the East Coast. The ensemble consisted of three girls, three boys, a sound man and our fearless director. We would travel to churches where we performed concerts and presented information about our school. Usually we went home by twos after the concert. People were reluctant, however, to take more than two at a time and since there was an odd number of girls and boys we would take turns going to a home by ourselves. I was apprehensive about the whole idea, but I was the last girl to take my turn, so I figured if the others could do it, surely I’d be just fine also.

After the concert I was presented to a nice divorced man and told that I would be staying with him and his teenage daughter. I looked around and didn’t see anyone with him. I followed him to his car, but still no daughter. He said that she was with some friends and that she’d meet us at their home. So I got in the car and he drove to his house. We chatted easily. Once we got there, however, it felt very awkward to actually be there with him—alone. He showed me around the house and introduced me to the family cat. Several times he said that his daughter should be back any moment. He told me about her and how she’d gotten involved in the “wrong crowd.” That’s why he requested a girl to stay with them, he said, because he wanted someone to be a good influence on her.

The door bell rang, and I was surprised to see the pastor of the church and my ensemble director. After greetings they sat down for a glass of tea. When the pastor had engaged the man in conversation, my director took me aside and asked me how I was. I told him that I was okay. He said that the pastor’s wife had seen us leave the church and was concerned because she didn’t see the daughter with us. I told him that the man kept saying that his daughter was going to be here any minute. He said if I felt uncomfortable they would take me to the pastor’s home, but that they didn’t want to offend the man. I was given a choice, but not wanting to be the instrument of contention, I agreed to stay. A few minutes later they exchanged good-byes and left.

The man of the house was a Gideon. I remember asking endless questions about his work as a Gideon. I asked about the Bibles themselves, how they had permission to pass them out in schools, how they were able to leave them in hotels, how they received required funds, how it was rewarding. I wanted to make sure the conversation was centered completely on spiritual things. When it started getting late and still his daughter hadn’t shown up, he finally said that she had gone to a graduation party and “might be home late.” That’s when I realized I really wasn’t going to see the daughter.

Finally, I told the man good night and retired to my bed room. I closed the door and locked it. I pondered my situation. I was stuck. There was nothing I could do about it. I stood and looked at the lock. The door knob did require a key to open it, but it looked very flimsy. I knew that lock alone would not keep me safe. I told myself I was over reacting and that I was perfectly fine. I would go to sleep and wake up in the morning and go my merry way. I said a quick prayer and went to sleep. I really did not grasp the gravity of the situation.

A noise woke me up in the night. I sat up in bed disoriented. I could see the door knob moving in the dim light. It rattled again as it shook. I cannot explain how I didn’t panic, but I told myself it was probably the cat, turned over and went back to sleep. This happened two more times. Maybe it was the cat, or maybe the daughter came home in the middle of the night and tried the door, although I never saw her. But I think that God alone kept me safe that night.

I got up early the next morning and, saying he was in a hurry as he had to be at work early, the man drove me to the pastor’s house. When I got there the pastor’s wife greeted me with a big hug. “I’m so glad you’re safe,” she whispered in my ear. “I prayed for you all night“. As we walked in the house, I asked, “Really? Why is that?” What she said raised the hair on the back of my neck, “Oh he has been unstable. He’s on medication. There’s no telling what he might have done!”

In the course of the conversation, I also found out that the reason the pastor and the director had gone over to check on me the night before was that there had been no phone in the man’s house. I didn’t say anything about the noises or door knob moving until we were all loaded in the van. When I recounted the night’s experiences, I noticed the way my director went still for a moment, and I could see the fear in his eyes. It was only then that I let my mind race through all the paths of what might have happened. I still shudder when I think of it.