My husband is very last minute.  It used to drive me crazy, but now I usually just laugh.  About three days before we were to leave for our Alaskan cruise, he kicked into high gear with research and planning.  “Did you know it’s supposed to be raining most of the time we’re in Alaska?  We need rain jackets!”  And so a couple days before our trip we made a break neck trip to BassPro.  Wow there are a huge variety of rain jackets!  I figured they would all keep us dry so I kept pushing for the more economical jackets, but we tried on lots.  Jason finally decided on a $30 jacket actually liking it better than some of the more expensive ones.

When it was my turn I settled on a similar priced jacket and was carrying it around the store as I looked at the rest of the options.  Jason encouraged me to go ahead and try on the more expensive ones even though I resisted.  At his insistence I grabbed the jacket I had been eying that I liked ever better than the ones from more expensive brands. 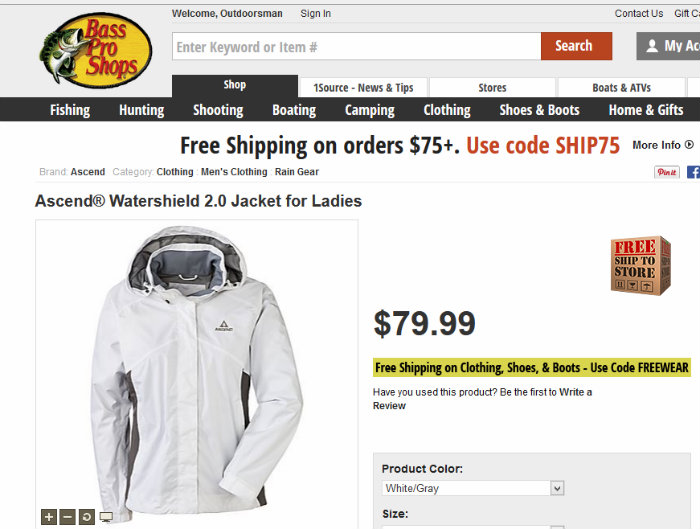 “Really?  Does it look that much better than this other one?”

“About a hundred times better.  Get it!”

Now my husband is usually all for going the economical route so I was so incredibly touched that he wanted to buy me such a nice jacket especially since he opted for a much less expensive one for himself.  I was so proud of it, not just because it was an awesome jacket, but because my husband bought it for me.

The next day Jason decided to run back to the store in search  of rain pants…just in case.  The best deal he could find on rain pants came in a package with a matching jacket for $15.  They just came in one size, and he purchased one for each of us.  He was going to hike if it was pouring rain!

At the show our first evening of the cruise they announced that the next morning at about (gasp) 6:00 am would be the best opportunity to see whales from our cruise ship.  We set the alarm and got up dreadfully early to “go see whales.”  As we were getting ready, I picked up my rain jacket in one hand and my black mock leather jacket in the other.  “Is it raining?” I asked my husband who replied that it wasn’t.  I laid my rain jacket down on the chair by my duffel bag and wore the black jacket instead.  It was the last time I saw my awesome Ascend white and gray rain jacket that my husband had so lovingly bought me.