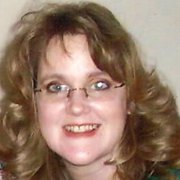 You have heard lots of stories about the childhood of my sister Sara.  Today Sara is sharing a story about her son Adam.  As you can see, she still has all that creative ingenuity!

The other morning I made Adam my eleven-year-old son an Eggo waffle in the toaster. He was still struggling to wake up and decided to take a little nap on the couch while I got it ready. When the Eggo was toasted, I carefully buttered it and put on just the right amount of syrup, because he can be very picky.

I put the carefully prepared Eggo on the table and told him to come eat while I went back to my room to finish getting ready for the day. When I came back to the kitchen ten minutes later fully expecting Adam to have eaten his Eggo, he was still asleep on the couch. “Adam,” I said, in a not so indoor voice, “eat your breakfast!”

Adam dragged himself over to the table and took one look at the Eggo and said, “I can’t eat this. It’s cold.” At this point I was seeing red. I know that at another time I would have taken a much more drastic approach, but I have been trying to be more positive in the morning.  I couldn’t make another Eggo since it was the last one in the box, and I couldn’t put it in the toaster again as it would probably ruin the toaster and maybe cause a fire or something.  The microwave stopped working months ago so what was I going to do to heat this Eggo and be positive?

Then the idea hit me. I ran back to my room and got the blow dryer, plugged it in the wall near the table, and set it on low/high heat. “What are you doing , Mom?” Adam said. (Fully awake I might add.)

“Heating your Eggo.” I sweetly replied.

“It won’t work, Mom.” He said. But it did! It really did! He ate it without complaint and even thanked me nicely. I thanked the Lord for giving me the idea and helping me keep a positive attitude to be a good example for my grumpy, picky boy.