We are Nebraska football fans. When I first moved to Nebraska I didn’t even like football, but I had enough obnoxious Texan in me to shout, “No wonder Nebraska is doing so well, half of the players are from Texas,” when they announced the starting line up at my first game! The heads in front of me all turned around and laughed good naturedly with me, thankfully! By the end of that game, I had caught the spirit of Nebraska football.

Ironically, years later now my Nebraska husband and I live in Texas with our five children, but we are still avid Nebraska fans. I plan a Nebraska party for the first televised game of the year. The children look forward to that every year. Just like when we lived in Lincoln we try to wear our Nebraska gear every game day. 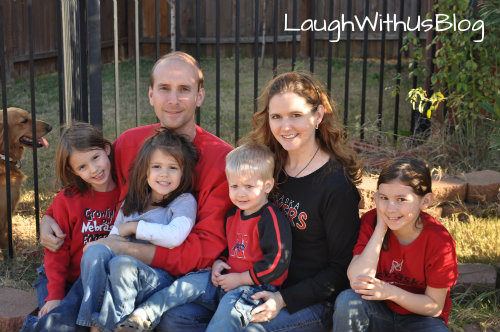 One of my favorite game day recipes is for barbeque sandwiches. I love this recipe because it can be made ahead of time. Many times I make the meat ahead and freeze it so that it’s ready for company or a busy day.

2 cups of your favorite barbeque sauce

Salt and pepper to taste

Place the meat in a slow cooker. Season with salt and pepper. Then add enough water to cover the meat. Cook on low for 10-12 hours or on high for 7-8 hours. The meat comes out so tender! Shred or cut up the meat. Place in a freezer bag and save for the big game or return the meat to the slow cooker.

On game day place the meat in the slow cooker and add the barbeque sauce, two cups of water, and salt and pepper. Cook on low for an additional hour or two. If frozen allow 4-6 hours.

If you like additional barbeque sauce just add equal parts of water until you have the desired flavor and consistency! 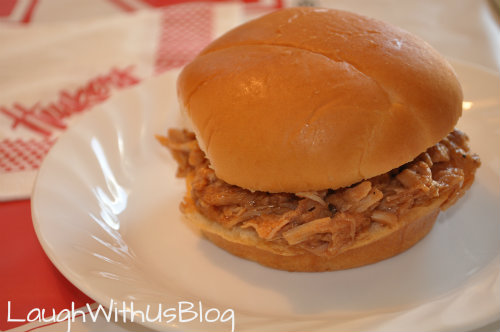 This time we tried our favorite barbecue recipe with King’s Hawaiian Hamburger Buns. They have a slightly sweet flavor that I thought really enhanced my meat. I wondered if my kids would notice the difference so I asked them how they compared to how I usually made them. “Oh yum, these are much better!” replied my daughter.

“Oh really? What do you like better about them?” I asked.

“The buns!” she exclaimed. I kid you not!

Look for King’s Hawaiian products in the bakery section of your grocery store!

Whether you are at your kid’s game or the stadium, KING’S HAWAIIAN is a great choice for a family tailgate.

What is your family’s favorite part of game day?