We had a blast at Zone Action Park in Lewisville, Texas!  We arrived when it opened because my little ones always seem to function better in the mornings, especially in the heat.  I figured by two or three o’clock everyone would be tired and ready to go home.  Boy was I wrong! 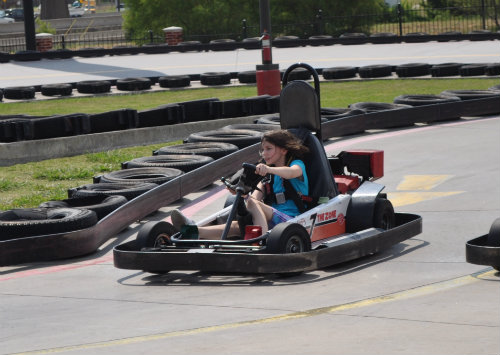 We hit the Go-Karts first thing since there was no line, and we wanted to do as much outside before the hottest part of the day.  It was most of the kids first time to ride Go-Karts and none of them had ever ridden by themselves.  Faith was really nervous at first, but by the end of the day she was racing with the best of them!  It was so fun to see her get over her fear. 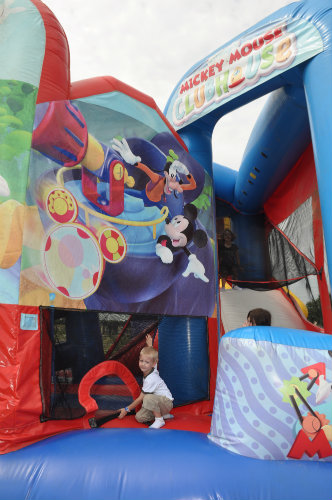 They took a break from Go-Karts and bounced away in the over sized bounce houses. 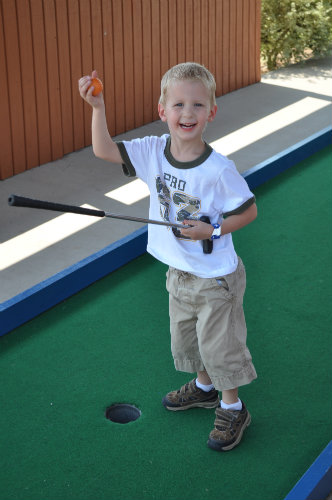 It was fun trying to play miniature golf with our crew.  This was Jason’s (who comes from a golfing family) proudest moment.  Our three year old hit a hole in one.  See how proud he was of himself!  The girls had no concept of waiting for each person to golf.  They all went at the same time and went through the course in record speed! 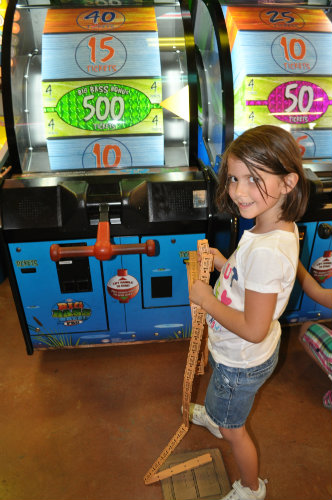 To cool down we went inside and ate a quick lunch as the kids were dying to hit the games!  Grace hit 500 tickets with her first token!  I think every kid ought to have a moment like this. 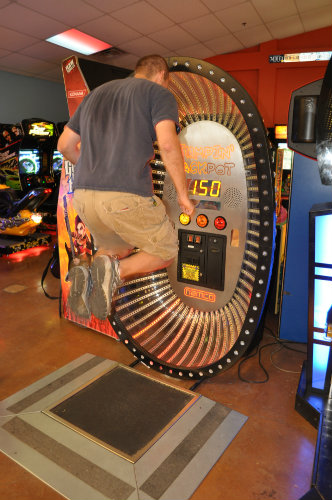 Jason got into the games as much as the kids did.  The object was to collect as many tickets as possible.  I think by the time they were through playing games we had collected over 2000 tickets.  Each child was able to choose a nice toy to take home! 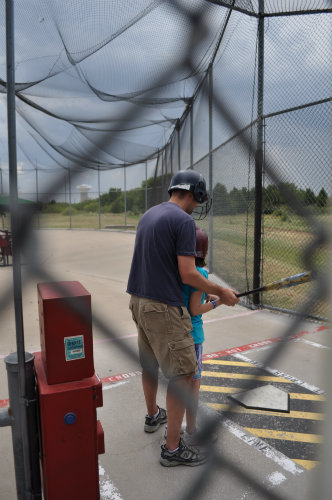 After the games we were all cooled down and ready to go back outside.  Jason got to practice his swing and spent a little time teaching the kids to bat.  I’m thankful for the helmets.  One of the kids went right out there, stood in front of the place and got hit in the head!

Again we ran over to the tracks.  The lines were still pretty short so we would ride and then race back and get in line, and then ride again. 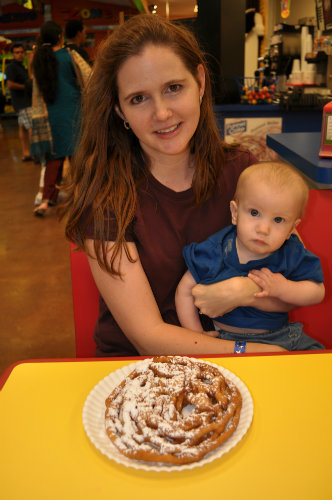 Toward the end of the day I was very tired.  Can you tell?  I had been eying the funnel cake all day so after supper I finally got one.  Oh my was it good!  My husband who had said something about not needing all the sugar still wanted to try mine.  Between him and the kids they ate half of it–the stinkers!   “This is really good,” he said, “I can see why you like it!”  Uh huh!

Bobby hung out with me most of the day.  He loved all the action and could not have been happier! 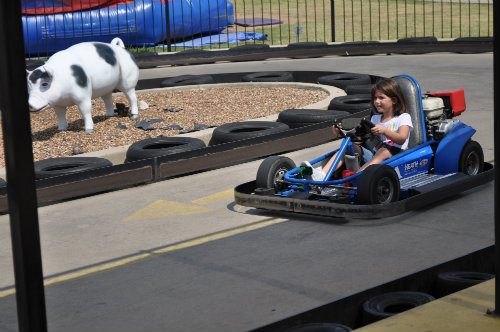 One of my favorite things about the park is the Jr Go-Karts.  My little ones could race on their own.  They could not have had a better time.  At eight o’clock in the evening Jason and I finally called it a day.  By this time the lines were a little longer than they had been all day, and we were ready to put the kids to bed, but they would have ridden those Go-Karts until closing if we had let them.

As we were walking out of the parking lot we heard wails of, “Please can we come back!”  In truth I’d love to be able to take them again soon!  If you’re in the area, make sure and print a coupon from here and head over for a day of fun filled action!