ZingerZ Comedy Club invited our family out for a night of uproarious laughter.  All opinions are my own.

I ran into ZingerZ Comedy Club on Twitter, where else?  Ha!  I was surprised by two things.  First that this is an all family friendly comedy club, and second that it is located near us at the Upright Cafe right smack dab in the middle of the Dallas/FortWorth metroplex. I was thrilled to be invited out for a night.  I mean, you know how we love to laugh. 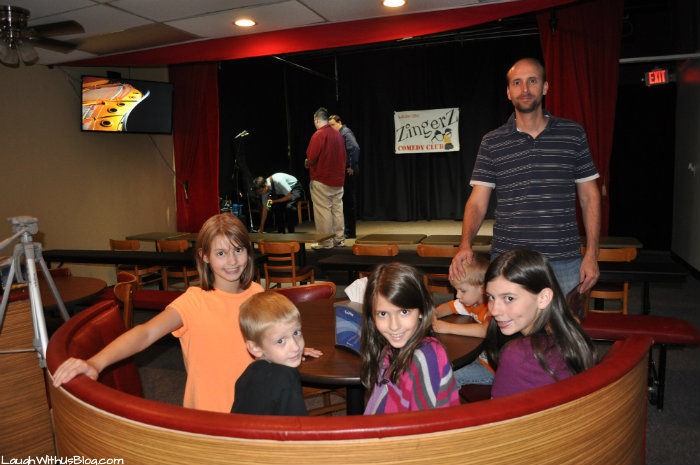 We arrived about a half hour early so that we would have time to grab a great seat and order our dinner.  A $5 minimum purchase at the Upright Cafe is required with each show.  I had the panini, and it was amazing.  I’m looking forward to another one on our next visit! 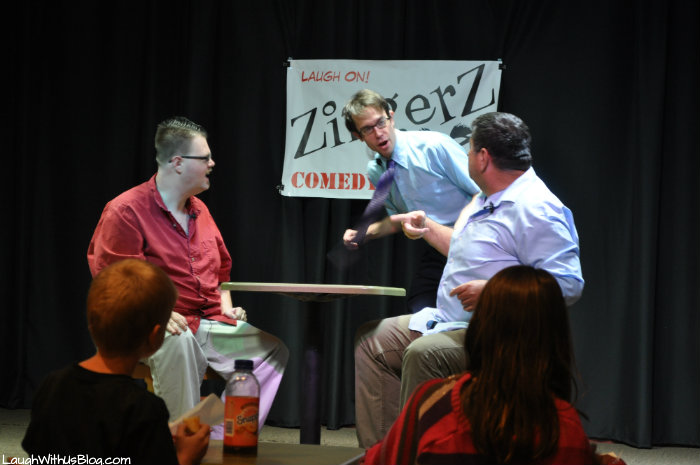 I wasn’t exactly sure what to expect when I arrived. Would I actually find the show funny?  You know not just anyone can do humor well.  The show is completely Improv comedy.  There are no scripts or preparation.  Taking audience suggestions and turning them into performances, no two shows are ever the same!  Much like TV’s “Whose Line Is It Anyway?” actors partake in random games and invite the audience on stage to join the fun! 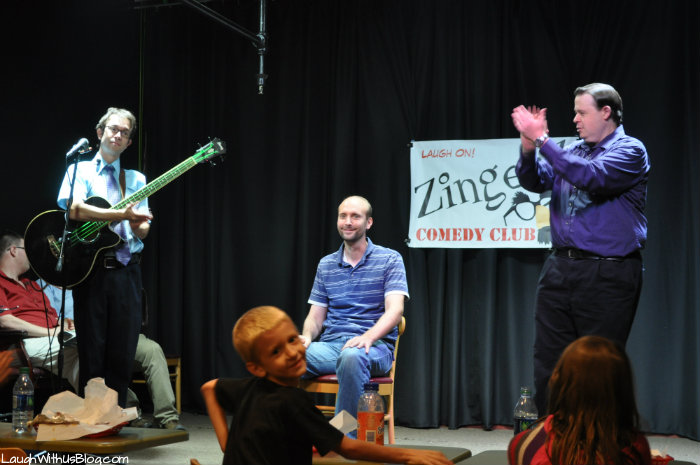 It was only AFTER I accepted the invitation that I thought, “Oh no! They are probably going to call me up on stage and embarrass me!”  I went anyway.  😉 Jason, my hero, volunteered instead and saved me from having to go up there!  He had a song made up just for him including engineering and Greek.  What fun!  Truth be told they didn’t embarrass any of the volunteers so take it from me.  It’s totally safe to volunteer.  Maybe next time… 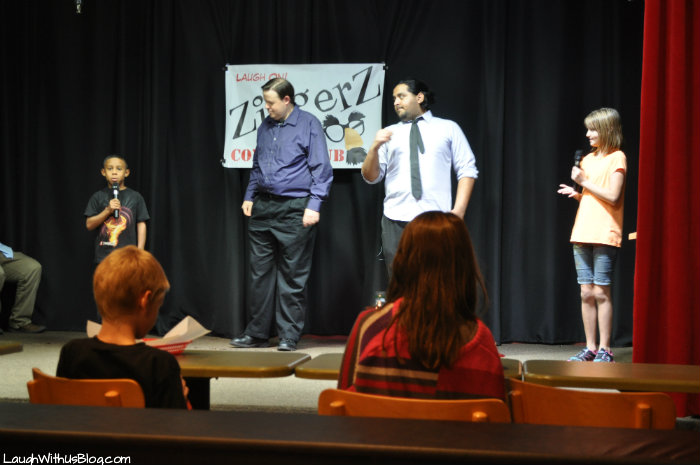 Joy also volunteered and had a blast being a part of the show.

The verdict?  I absolutely loved it.  In fact my whole family did.  Jason is a hard sell.  I mean we saw Tim Hawkins in person, and Jason barely smiled a couple of times.  He laughed all the way through ZingerZ Comedy Show as did we all.  The kids are begging to go back.  This is a wonderful, fun way to spend an evening with the family when in the Dallas Fort Worth area!