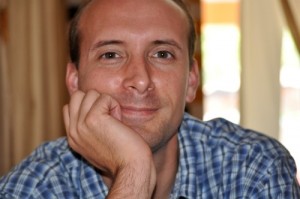 Our Family Vacation to Houston Part 16

When we got up to leave the evening session of the homeschool conference, I looked back at Jason, who had left and come back to sit behind me in the middle of the last session.  He wasn’t moving.  Finally, he said he was in a lot of pain and that he felt as if he couldn’t hold up his head.  He barely made the long walk to the van, and it was up to me to get all four very hyper kids from getting killed in the streets.  Jason couldn’t even drive.  As I drove the short distance to the hotel I had booked, we pondered what to do for him.  He was going to have to find a doctor the next day, he said.  My heart sank.  He or both of us would miss the entire home school conference.

Our hotel just happened to be next door to a hospital.  As we drove by, I noticed the ER.  I encouraged him to just go to the ER that night and get some help; otherwise, I didn’t think he would be able to sleep at all anyway.  I drove to the hotel where I single-handedly carried all of our stuff inside and to the second story.  Then Jason took the van and went to the ER.

I put the kids to bed and waited, wishing that my husband would carry a cell phone.  I had no idea when or if I would hear from him, and I pondered all the what-ifs.  I finally lay down after midnight.  He had been gone a couple of hours.  The phone rang at one o’clock, and I was extremely happy to hear from Jason.  They had given him a shot for the pain, and he was still waiting to get x-rays.  He told me to go to bed and that he’d leave after he got the results.  I lay there, but I only dozed.  At two thirty I heard the door rattling, sat up, and was so relieved to see Jason walk in.  He told me that his neck was fine.  The doctor said it was just muscle spasms.  I asked him what the shot he got was.  “Well, they wouldn’t give me all this other stuff”– he held out three prescriptions–“because I had to drive, so the shot was an anti-inflammatory.”

“You know what Ibuprofen is, don’t you?” He looked really sheepish.  “It’s an anti-inflammatory!”  I exclaimed.  Ah well, I was glad he was feeling better anyway, and with that we both finally got some rest.