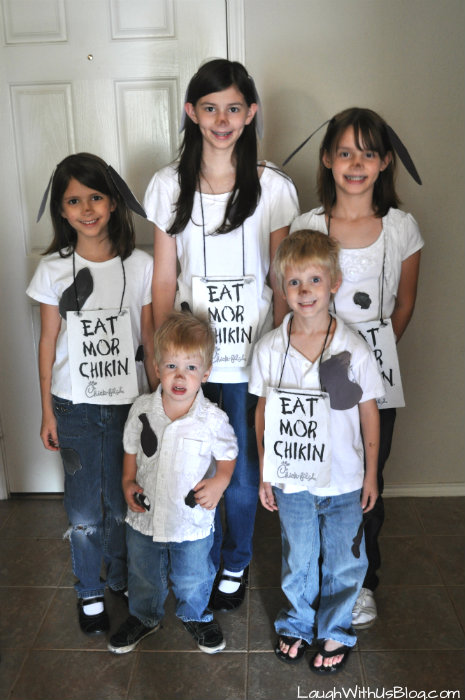 We are huge fans of Chick-fil-A’s dress like a cow for free chicken day.  Well, that’s not the official name, but you get the idea.  We have participated every year since we first found out about the annual celebration.  We think it’s fun to dress up and look silly.  It’s even more fun to go and see the creative ways other people dress up.  But this was the worst free Chick-fil-A day ever, no fault of Chick-fil-A!

My youngest Bobby had been sick, but that day he was better, or so I thought.  We had dental appointments all morning so we missed our traditional 11:00 am arrival time, but I was determined the kids not miss out on the fun day.  Lunch at home, then nap time, then we dressed up to arrive at Chick-fil-A for an early supper in hopes of beating the crowds.  From the time Bobby woke up from his nap he screamed.  Nothing made him happy.  He didn’t want to dress up.  He didn’t want his picture taken.  And that’s how it went, but I figured once we got there he would be okay. 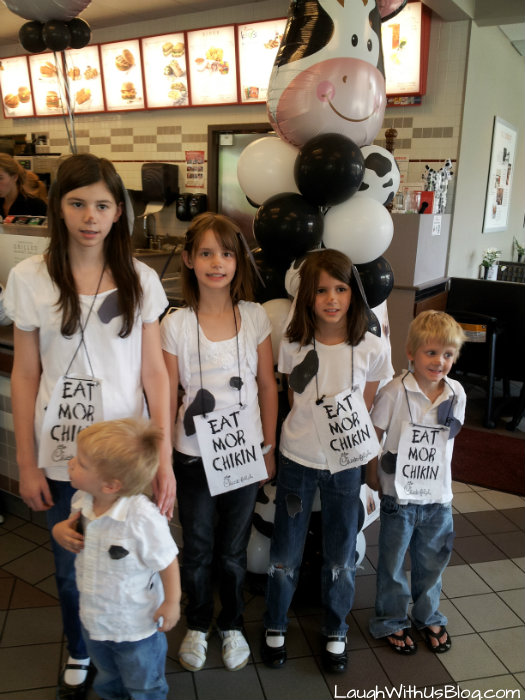 The place was busy when we arrived, but there were tables available and the wait wasn’t long.  Bobby screamed and would not keep his spots on.  “When he gets his food he’ll be happy” I thought.  He loves Chick-fil-A! 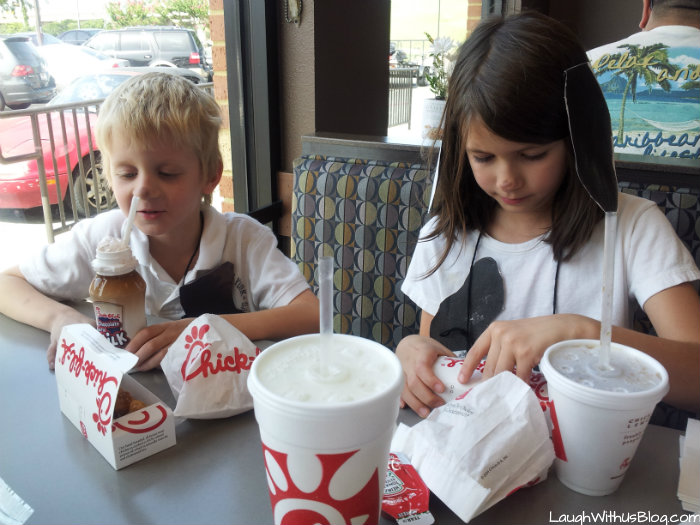 He screamed while we waited.  He screamed while we ate.  Now for those that know him, you’re probably not that surprised because he is often cantankerous at the table, but this was over the top.  Everyone was staring and I was determined to be the happy mom in spite of the circumstances…at least outwardly, ahem! He coughed on his chocolate milk and spit it out all over his white shirt and then wouldn’t drink any more milk.

As we ate I kept thinking, “When he gets his ice cream he’ll be happy.”  He took three bites of ice cream and then shoved it aside, “Don’t want it!”  You know something was really wrong if he wouldn’t eat ice-cream.  Sigh.  I picked him up and held him talking to him as we waited for the other kids to finish their ice cream.  I couldn’t get out of there fast enough.  When the kids were finally through, I stood up to help clear off the table and spilled my very full glass of lemonade everywhere!

The people sitting behind me made some comment about everything going wrong at the same time.  “Yeah I should be good for a while then huh?”  I tried to smile.  The man looked at me and said, “Well, you have EIGHT kids!”  Like what did I expect anyway.  Ha ha.  I didn’t correct him on the number of children; I just smiled…

When people compliment me on how well behaved my kids are, I remember days like this and I don’t get the big head, no siree!  It was the worst free Chick-fil-A day EVER!