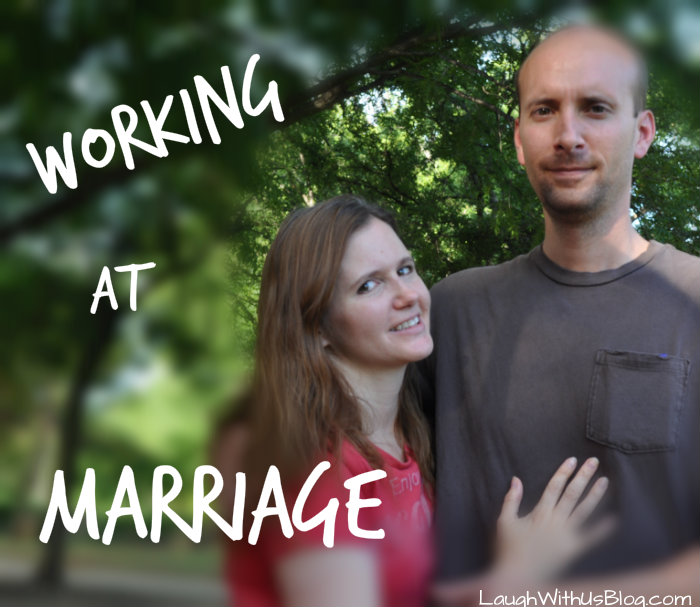 Jason and I have both been working at our marriage.  And you know a happy marriage does take work.  That doesn’t sound very romantic, but actually it is!  Think dancing in the living room to ’80’s love songs ha ha!  And by working I mean consciously, actively putting God first and each other before ourselves.  The problem is that if it’s not a conscious and active decision, things just start sliding on a downward spiral and before you know it, you don’t even realize how selfish your living has become.  Two selfish people will never equal a happy marriage, at least not by biblical standards.

One of the things I asked my husband was not to be so critical of me on issues of little importance.  He really didn’t realize how critical he was being.  And so as we’ve talked about it, we have become more aware.  Also I think it’s important to note, it’s not good enough to just not say anything.  If we keep thinking critically about our spouse eventually it will all come out.  We have to think differently.  We have to dwell on their strengths and be thankful for them!

And so it is in this context that my husband and I went to pick up donuts to take to church last Sunday.  We were running late so my husband ran in and came back with two dozen.  “What kinds did you get?” I asked.  As he began telling me, I questioned his choices.  “What?  Raspberry filled?  Lemon filled?  People don’t like those.  You should have…”  Actually what I was really thinking was that if there were any left over I don’t like those.  I replayed the conversation in my mind.  Who cares?  Who really cares what donuts he picked out?  How silly is that!  I realized that this was an example of how I don’t want him treating me.

I apologized right then and there.  “I should have said, ‘Yum those sound great.  Thanks for running in to pick them up.  You’re awesome!'”  Because he is, and he had actually picked up mostly ones that I like!  How much better would our marriages be if we responded that way to our spouse instead of like I did at first?

I’m linked with A Proverbs 31 Wife and Messy Marriage.