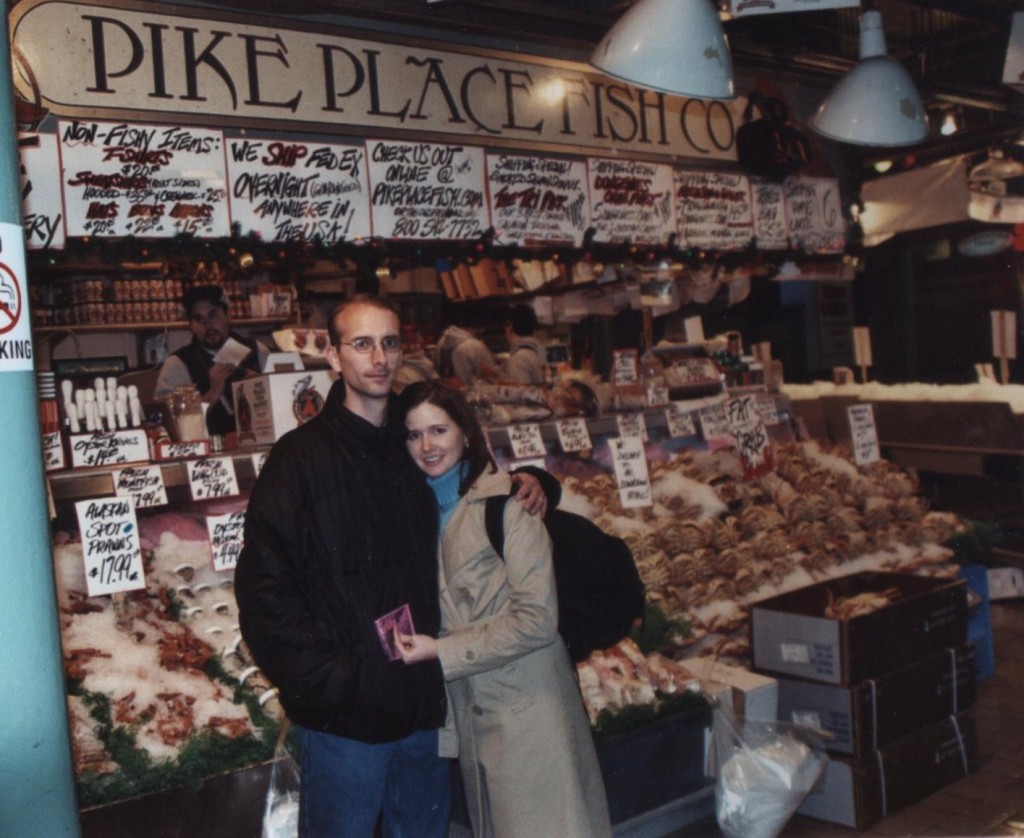 Weary but in Seattle!

I have to say that through those long horrible hours of waiting on standby for nothing, Jason and I held together pretty well.  We didn’t fight or blame each other, and Jason did more than his fair share of entertaining the kids.  But when they told us there was only one more flight and it was booked too, we’d all had it.  Jason said, “Forget this, I’m going home.”

We went back down stairs, past the security, and got back in line at the ticket counter to find out what to do.  After we described our day to the guy at the desk, he said that for an additional $25 a ticket he would give us seats on the last flight.  Thrilled, we paid the money.  I was so overjoyed to actually be going somewhere.

We got back in line to go through security, and would you believe they flagged all of our tickets so that we all had to be searched?  After all we’d been through I couldn’t believe it.  Jason had to go with the man, so I had to take both girls for a woman to search us all.  Faith did okay, but Joy screamed her head off and they were both running all around while I had to stand there spread eagle and get searched in front of everyone.  It felt like everyone in the airport was staring.  It was all more than I could take, and I just started sobbing.  When Jason was free, he grabbed Faith and asked if I was okay.  Amidst my sobbing, I nodded yes.

The next thing I knew he was starting a conversation with some guy he recognized as a student from when Jason had been at the University of Nebraska.  So as I was holding Joy as she continued to scream, and I couldn’t quit crying, Jason turned to introduce me to his acquaintance from ten years ago.  I had to shake the guy’s hand with tears and snot rolling down my face!  The guy finally left and I was livid.   “You mean you leave your wife sobbing and holding a screaming baby after a horrible day and just being completely humiliated all because some guy’s face looks familiar?”  Jason’s reply was anything but pacifying, “I asked if you were okay and you said yes….”