*Disclosure: Silver Dollar City treated our family to a free day at White Water Park in Branson, MO, and we are so excited to tell you about it.  All opinions are my own. 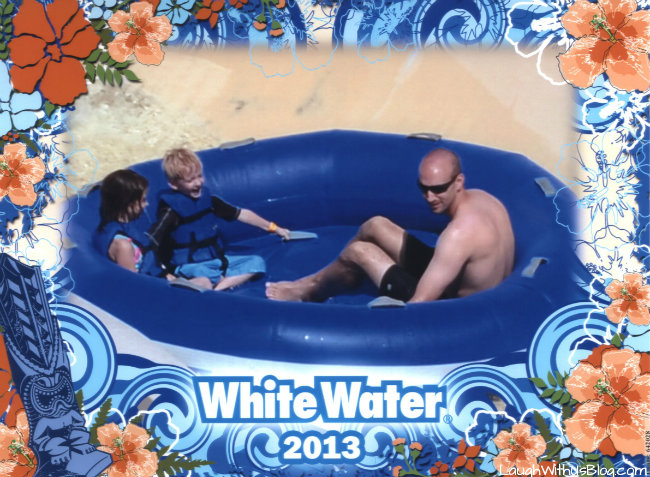 White Water is 13 acres of water rides and slides.  There is fun to be had everywhere!  We arrived about a half an hour before the park opened which was just enough time to park, gather our things, collect our tickets and get in line to enter the park. 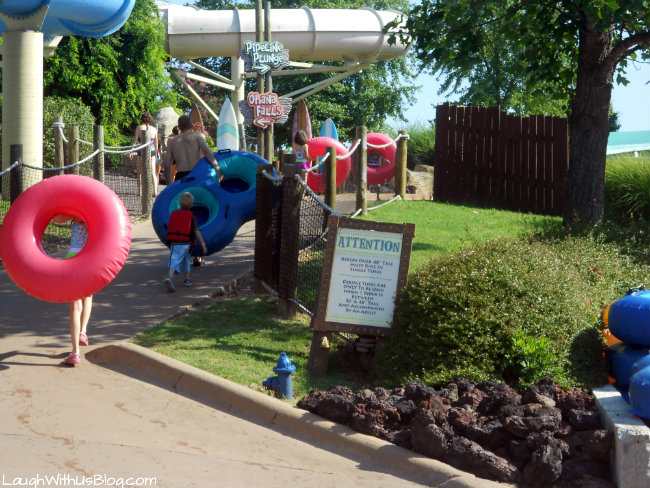 We waited about five minutes, and then we were in the park looking for adventure.  The week we were in Branson White Water was only open on the weekend.  I was hoping that getting there early we would beat the crowd, and I was right!  The first two hours we were there we rode the big slides with next to no line at all. 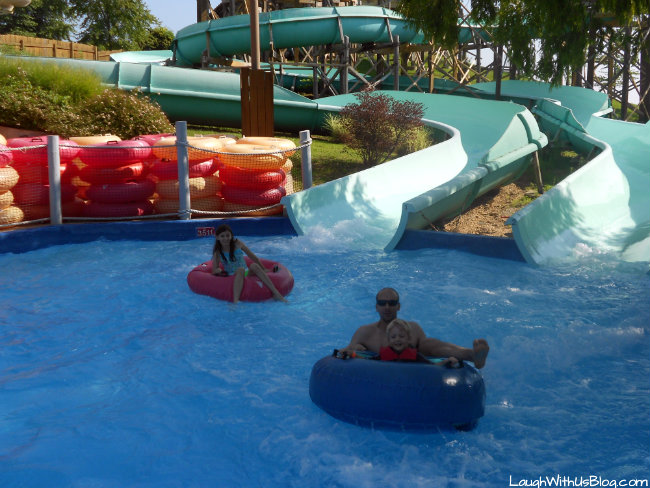 Little Jason was tall enough to ride two of the big slides with a parent and he was so excited.  I loved watching the sheer excitement on his face. 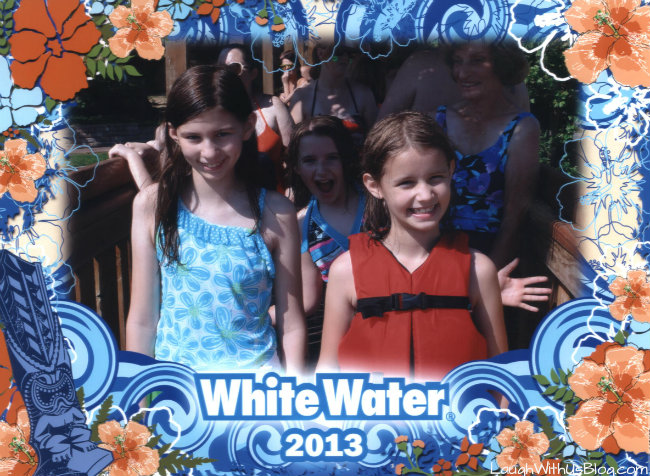 Toward the end of those two hours the lines stared to grow, and it was taking longer to get to the slides.  That’s when we decided it was time to see what else we could find around the park. 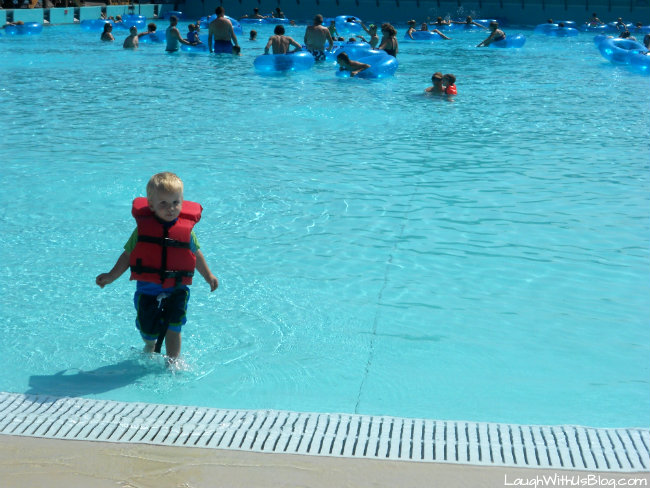 The wave pool!  My kids LOVED.  In fact, I wanted to look around and see everything, but it was tough to get them out of the wave pool.  The three girls would go down in the thick of the the waves while the boys chased the waves on the “shore” and played in the water. 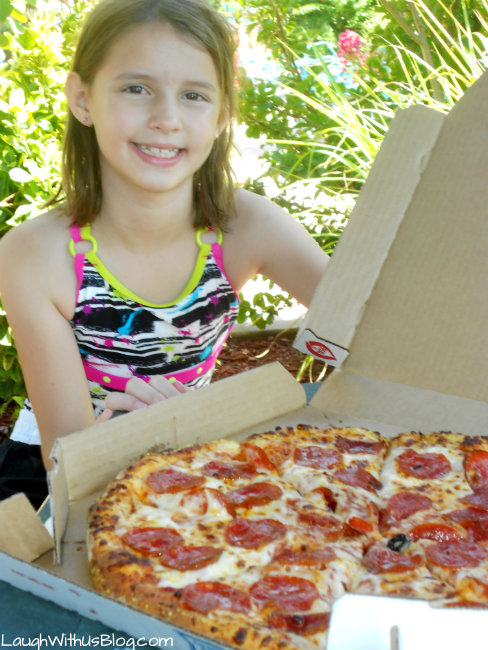 When everyone was tired and hungry we found Domino’s Pizza in the park.  We love Domino’s, but I don’t think it ever tasted this good!  I also took advantage of a little down time to reapply sun screen.  Since this was just the second day of our vacation, I wanted to make sure we weren’t all miserable the rest of the time from sunburn.  Except for the odd spots here and there that were missed, we did pretty well!  No matter how hard I try I always end up with a spot somewhere that didn’t get enough sunscreen.  Ha ha! 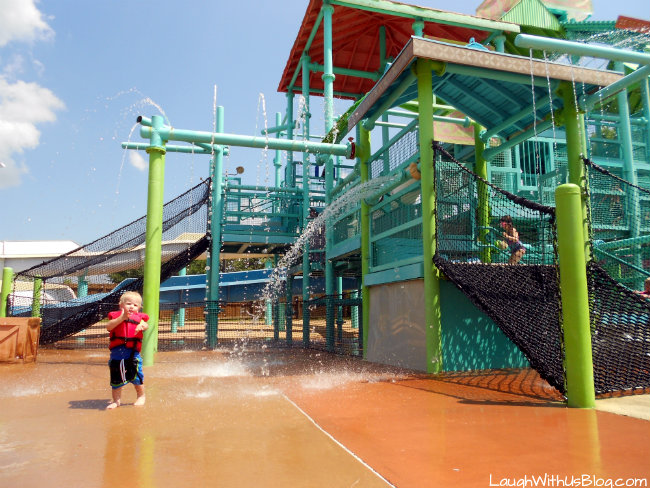 After lunch this huge water play scape entertained the kids for hours. 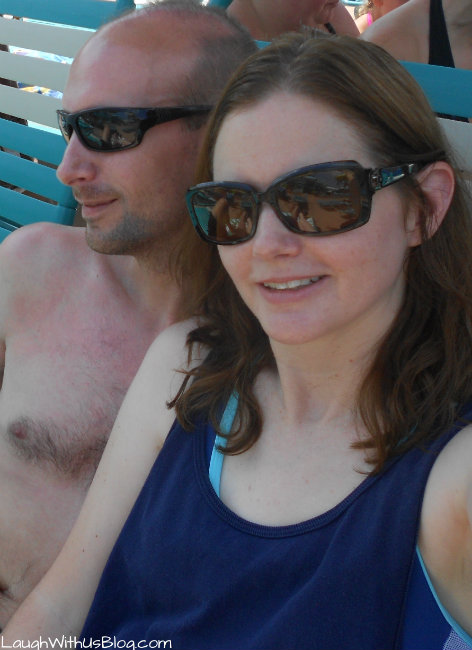 Jason and I watched from a lounged position under a cabana.  It was the perfect time to get my, “I was there,” photo!  🙂

Another favorite ride at White water was the Aloha River.  I didn’t get any photos of this one because I was always on it!  Bobby cruised in my lap as a traveled round and round the river on my inner tube.  He loved it too!

About two o’clock the park was very crowded.  By this time every ride had long lines, the lazy river and wave pool were packed.  I was so glad we had arrived early and enjoyed the park in the morning.  The crowds didn’t seem to faze the kids though.  They lived it up.  All of us had a great time at White Water, but my four and seven-year-olds both said this was their absolute favorite part of the trip.