Click here to read how I acquired my awesome Ascend rain jacket.  The conclusion of my story is below.

We didn’t see whales that morning, though other cruisers said they had.  Still we had fun setting out on our Alaskan adventure.  When we got too cold, we headed inside for breakfast and still kept a lookout for whales from the awesome views in the Oceanview cafe.  We did see some types of sea life here and there though we weren’t too sure what we were looking at.

It was our first full day on the cruise ship and it was a sea day, meaning there were no port stops.  Jason and I had a great time running from here to there, looking at the scenery, eating, making friends, and going to some of the ship’s entertainment.

That night we arrived to our room to call it a night and I found that I couldn’t get into my safe.  I found it really strange.  I had used it several times with no problem, but that night I couldn’t open it.  It was late so I went to bed, but I worried about it all night.  In the morning I wanted to call guest services first thing, but I wanted to be dressed first of course.  This was the morning of our first stop at Ketchikan, Alaska and the report on the TV said it was raining.  I got dressed and went for my awesome, brand new, Ascend rain jacket.  It wasn’t there.  I looked all over.  It wasn’t anywhere.

I called guest services who sent security to open my safe for me.  Meanwhile I talked to our room steward about my jacket.  It was white so I thought maybe it went out when the sheets were changed or with towels.  The sheets hadn’t been changed, however, our room steward said he would ask at the laundry.  Meanwhile he went through all of my things, with my permission, to make sure it wasn’t still in the room somewhere-no jacket.

Security came and opened my safe and thankfully everything was still there.  I found it highly suspicious that the jacket was missing at the same time that I couldn’t get into my safe.  My theory is that whoever took my jacket also tried to get into my safe and failed.

Over the next four days we dealt with the missing jacket.  The head of housekeeping was the next person who came and went through all of my things–no jacket.

We met with security who told us they would review the video footage of our hallway to see if anyone had entered our room that shouldn’t have been there.  The next day security came back to our room to search our room and all of our things themselves.  When they reviewed the video footage, they hadn’t seen anyone except the room stewards go in and out of our room.  They didn’t find my jacket either.

The next step, they told me, was to search the room stewards’ staterooms.  I never wanted to be suspicious of the room stewards as they were really nice and had 24 hour access to our room.  What I know is that my jacket was there and then it was gone.  If security told the truth about reviewing the video footage, then it had to have been one of the room stewards.  But Jason and I rolled our eyes as by the time their rooms were to be searched it was about four days later.  Surely, if they did take it, it wouldn’t still be sitting around their room.  In fact Jason saw one of our room stewards walking around port in Ketchikan that first morning it was missing.

And that’s the last I heard from anyone about my jacket.  There was never any more follow up.  There was no compensation. 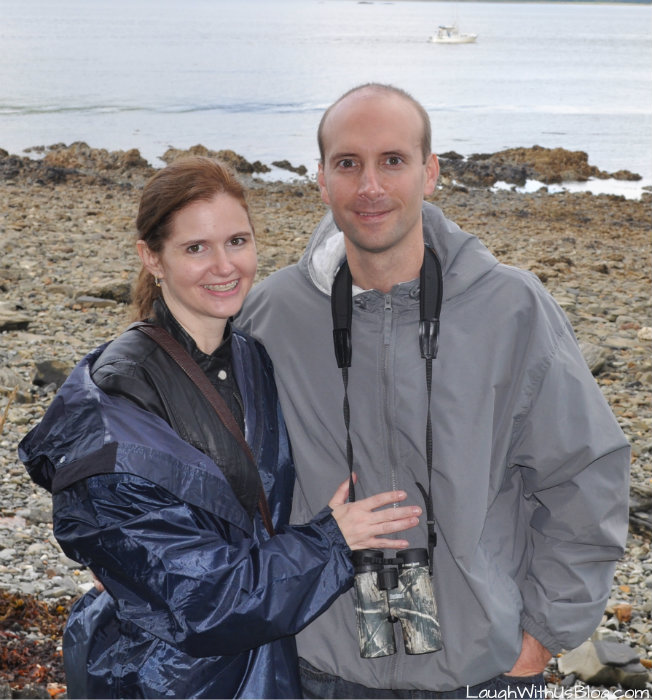 I can’t help but think as I have looked back through all the photos how much better the photos would have looked with me in my snazzy white and gray rain jacket rather than in that cheap, ill fitting blue one.  That is what I wore all over Alaska.  At least I left my fanny pack at home.  😉

I hope this never happens to you as it did put a damper on our trip.  But if it does, you will have some idea of what to expect.  To help prevent this, my advice would be to keep all of your belongings zipped up in your suitcases when you are not in the room.  We usually do this anyway, because when traveling with five kids we need the space.  But on this rare occasion I thought I wouldn’t have to be so neat and careful, and I regret it!