My oldest declared it “Blue Day” and thus was born our theme for the day.  I thought it quite appropriate for the chilly rainy weather.  We all donned blue clothes and the kids played upstairs with their blue toys.  Then it was time to draw a blue picture and I added to the fun by telling them there would be prizes! 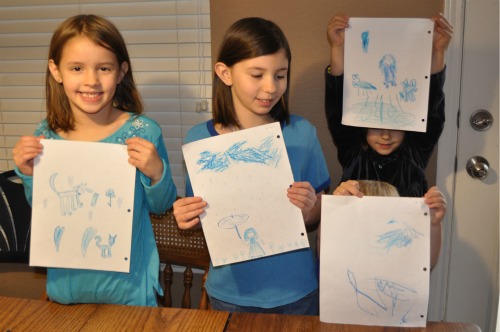 They had fun drawing! 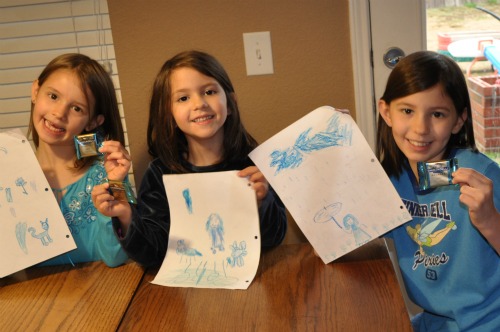 I found these blue chocolates in my stash! 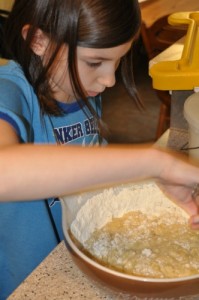 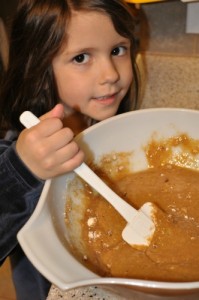 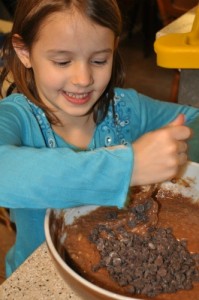 And what’s a party on a rainy day without a little baking. We made banana, chocolate banana, and pumpkin bread. The girls each took turns holding Bobby and playing with Little Jason.

They watched an episode of Blue’s Clues for the little ones and I debated renting the Smurfs, but they had already seen it and it’s not a movie I really wanted to watch with them again. 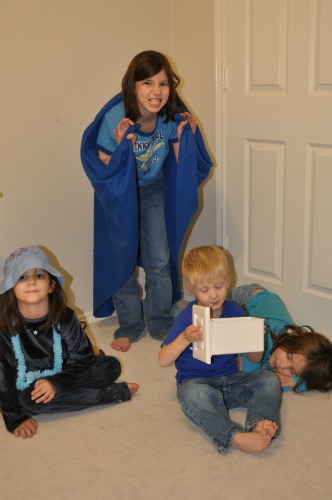 The grand finale to our day was a play written, produced and acted out by the kiddos.  We had a blue monster, blue princess, and blue sleeping lion…oh and a little intruder.  The play had a moral against lying and everything.  It was too cute!

Don’t let the kids drive you crazy on a rainy day…encourage them to use their imagination instead!