I had no idea what all I was going to learn when I began blogging over a year ago.  From the beginning everyone that is anyone in the blogging world seemed to say you must have a Facebook and Twitter account.  That was easy; I was already familiar with both.  Next I began hearing about Twitter parties.  I had no idea what they were or how I was supposed to “attend.”  I asked questions here and there, but didn’t really get it until finally one day I cornered a friend and begged, “Please explain to me what a Twitter party is!”

Simply put a Twitter Party is a planned event in which people come together on Twitter to discuss a particular subject.  Everyone at the party will use the same hashtag.  A hashtag on Twitter always begins with #.  For example if I threw a Twitter party I might use the hashtag #LaughWithUsBlog.  Everyone attending the party would use that hashtag on every tweet.  So by following that hashtag only those people’s tweets who are attending the party will come up in the Twitter feed.

Many Twitter Parties are promoted and others are to raise  money or awareness.  The first Twitter party I attended was for The Million Moms Challenge.  At this party a dollar was being donated for every tweet with the #AMillionMoms hashtag.  It was a good cause and a lot of fun to jump into and meet new people!

As incentive various venders donated prizes to be given away at random throughout the party.  I was so excited to win a prize at my very first Twitter party!  I won four pints of Gelato from Dolci Gelati!  They sent it in dry ice and I received frozen Gelato at my door step!  I chose the four flavors I wanted.  My family all rolled their eyes that I picked Jalapeno Chocolate!  I had to be a little adventurous! 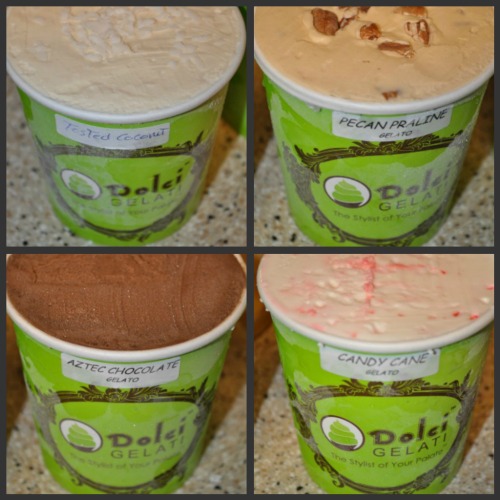