This is a sponsored post written by me on behalf of VTech.  All opinions are my own. 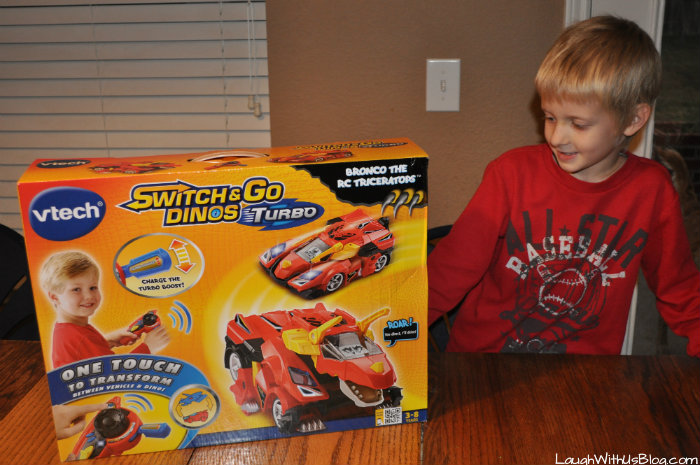 My son was so excited to get to try out the new VTech® Switch & Go Dinos® Turbo Bronco the RC Triceratops™.  He was most excited about it being remote controlled.  Actually all my kids were super excited about that feature! 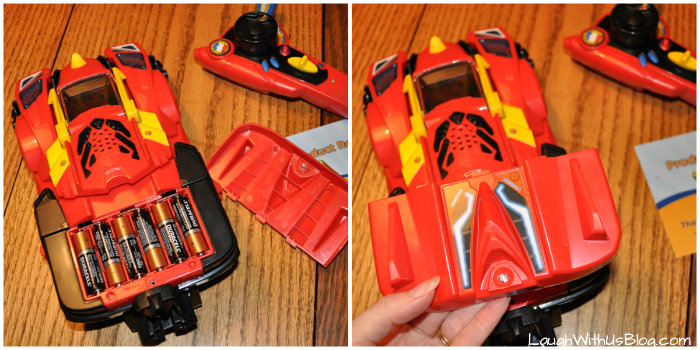 The VTech® Switch & Go Dinos® Turbo Bronco the RC Triceratops™ is completely put together when you open the box.  My love to build things daughter was a little disappointment she didn’t get to assemble it.  Ha ha!  But it does make the little ones happy that they don’t have to wait long to play with their new toy!  The only thing we needed to do is install batteries which does not sound like a big deal except I couldn’t find where to put them!  The batteries are right on top of the car.  It doesn’t look like a battery case!  You just have to unscrew the one screw to open it.  Then we were in business.  It doesn’t look like a battery case!

Bronco the RC Triceratops, the first dynamic remote control dino from Switch & Go Dinos Turbo, transforms from a fierce Triceratops to a sleek race car with the push of a button on his remote control!  Use the remote control to move forward, backward, left and right in both vehicle and dino modes. Then charge the turbo boost lever to give him a burst of speed!  My son laughed and laughed as he figured out how to  move the bronco/dino all around the house.  At first it scared my soon to be three year old so that he ran all the way upstairs.  Ha ha.  He wasn’t used to toys moving by themselves.  But he soon came back to join the fun–from behind me.  Then in no time he realized all was well and wanted his turn to play too. 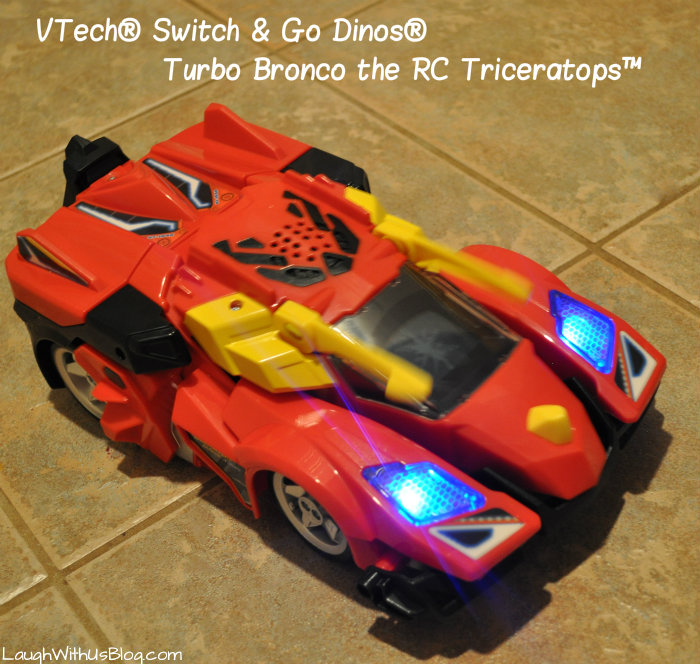 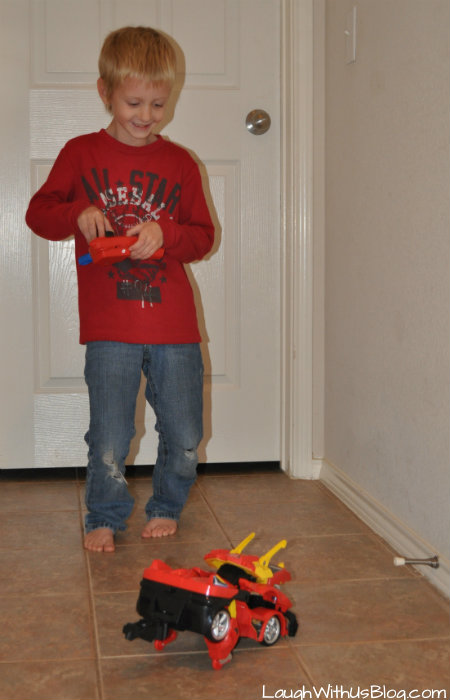 My kiddos are having a blast with their new VTech® Switch & Go Dinos® Turbo Bronco the RC Triceratops™.  Now they want more to be able to race them!

#Giveaway: VTech® has very graciously offered a LaughWithUsBlog reader a chance to win VTech® Switch & Go Dinos® Turbo Bronco the RC Triceratops™.  Enter the giveaway by the Rafflecopter below!