So did you hear that I went to Blissdom, and it was held this year in nearby Grapevine, Texas at the Gaylord Texan Resort and Conference Center?  Yeah, well I am notorious for telling about things weeks after they happened. 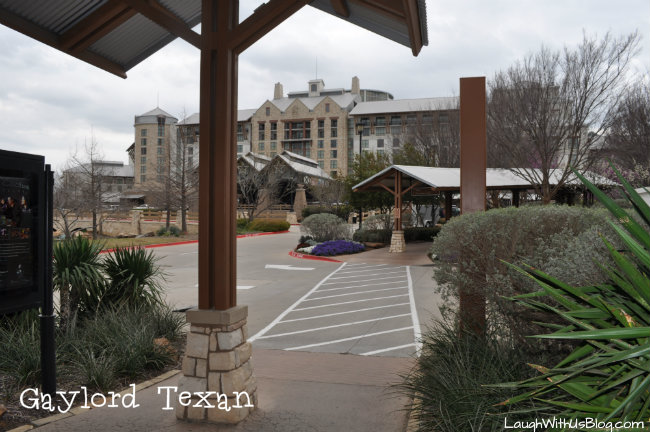 I had wanted to see the Gaylord ever since we moved to the area.  I’ve  heard so many things about it, but parking is $17 so uh, yeah, without a good reason I was never going to see it.  So I was thrilled that the must attend blogging conference was going to be there! 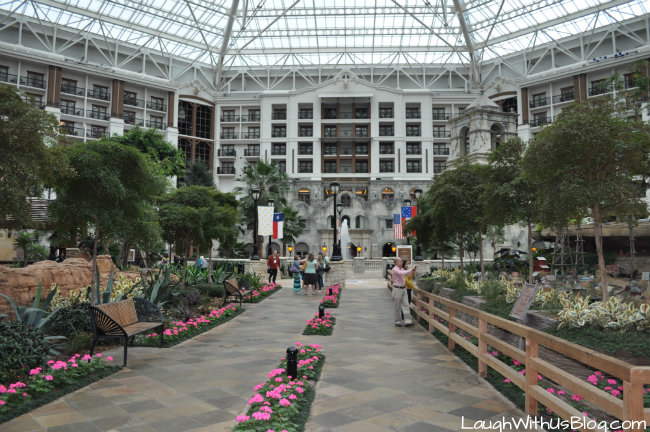 I clicked a couple of photos when I first walked in.  Isn’t this amazing? 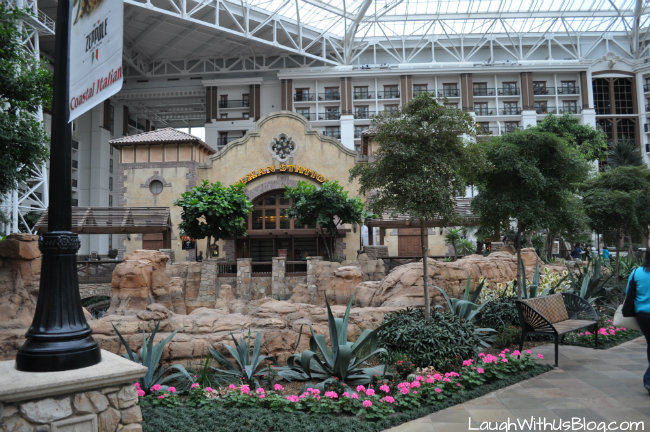 And then that was the last photo I took of the place not counting those I took in the conference rooms.  🙂  I was so busy meeting people that I’d really still like to go back and just look around and eat.  The food was surprisingly inexpensive!

Well, you know how I’m a real chicken when it comes to driving places I’ve never been?  I was very comfortable driving here because it was near many places that I’ve driven.  But I was in my husband’s car and the first night after the conference I couldn’t find how to get out of the parking garage.  When I finally found the exit, I pulled up to the parking attendant station and could not figure out how to roll the window down.  I sat there fiddling with it and finally just opened the door and told the guy my problem.  He laughed good naturedly, and I laughed at myself as usual.

On the third evening when I was leaving, there was a huge line.  One line was long and the other short.  Of course I took the short line, but not realizing it wasn’t a face-to-face line, but automated.  Great.  I had no idea how to run the thing.  I tried and tried and held up the line for what seemed like ages.  I pushed the “help” button, but no one came.  I got out and flagged the man in the booth.  It was the same man from the other night!  There was a twinkle in his eye when he saw me, and I could tell he remembered me.  Instead of acting put out with me he smiled.  Then he stood there for a while and couldn’t get the machine to work either.  He walked back to his booth and came back with a different card.  Finally it worked!  As he handed me my credit card, he said he gave me an $8 discount for my delay!  Again he smiled, and I drove on.  But I left smiling and feeling great because of the kindness, consideration, and humor of the guy running the parking booth!