On the way home from our trip to Nebraska we stopped to see Jason’s brother Brent’s family in Moore, Oklahoma.  They were not able to make it up to Nebraska because they were dealing with the aftermath of the tornado.  We didn’t hear about the tornado until about mid day the next day.  When Jason realized it was in Moore he called his brother, but couldn’t get a hold of  him.  When Jason got a hold of his dad he was told that the family was fine.  Their house was fine although was within about a mile of the debris, but that their business had some damage. 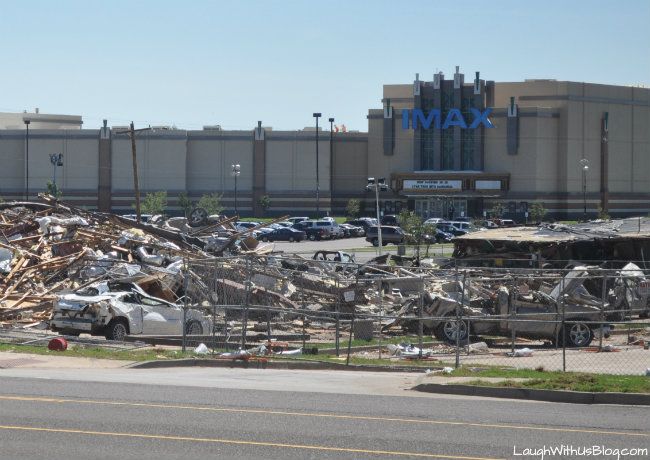 Hearing about the tornado and even seeing photo on TV did not prepare me for seeing it in person.  The devastation and strangeness even is amazing.  This is from the highway.  The theater in the background looks untouched while the building in front of it is in sticks! 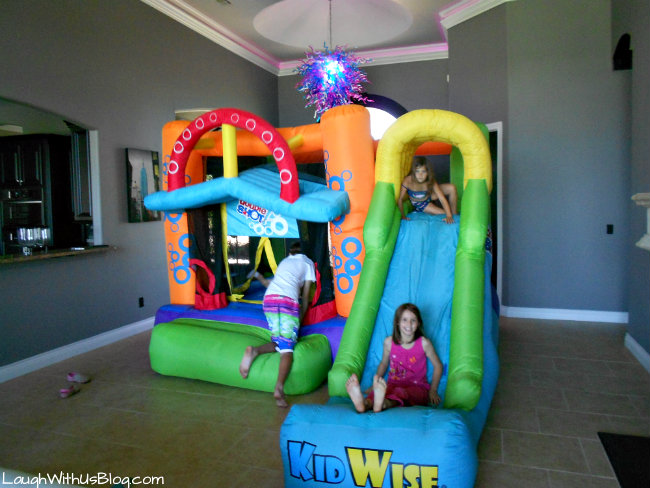 We got to see Jason’s brother’s new house that they purchased on a lake!  Brent ever the fun one blew up a bounce house in their foyer.  The kids thought that was awesome!  After a tour and visiting for a while, they showed us their own footage of the tornado.  It was then that I began to realize how close they had been to it.  After showing us the video they drove us down the path of the tornado–unbelievable! 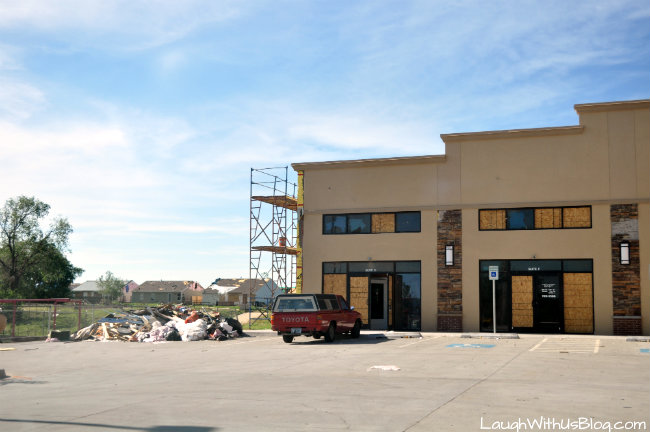 Here is the business that my brother-in-law owns.  Right behind this and down the street is the school that was on the news.  In comparison their building received little damage, but their windows blew out and the left side wall was completely torn down.  My sister-in-law said that when they got there, there were two by fours sticking out of the building in strange angles. 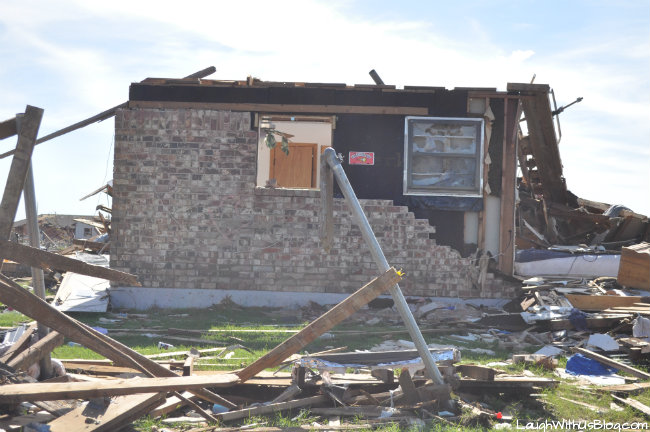 A home partially standing amid the rubble. 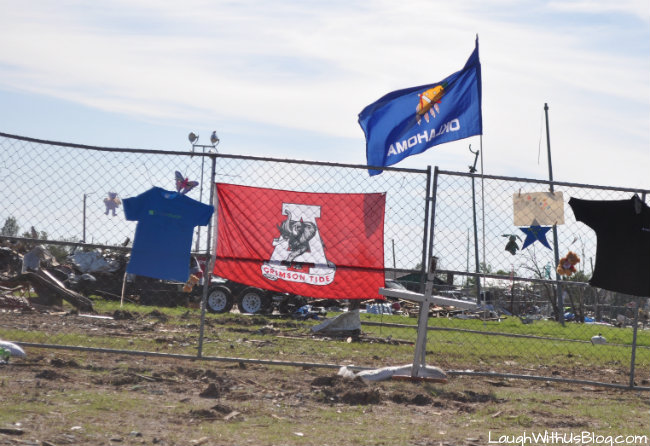 The gate of the Plaza Towers Elementary School. 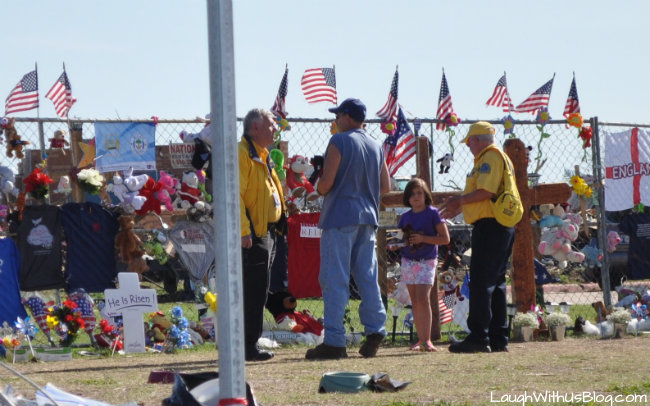 Chaplains available to help the families. 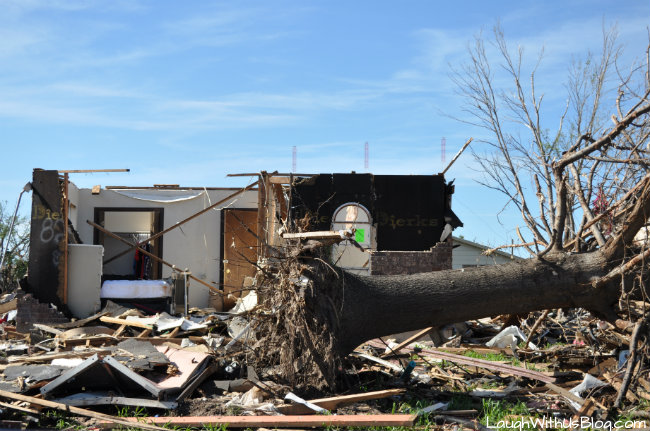 I was amazed by the devastation and then there is that closet with clothes still hung on the rod. 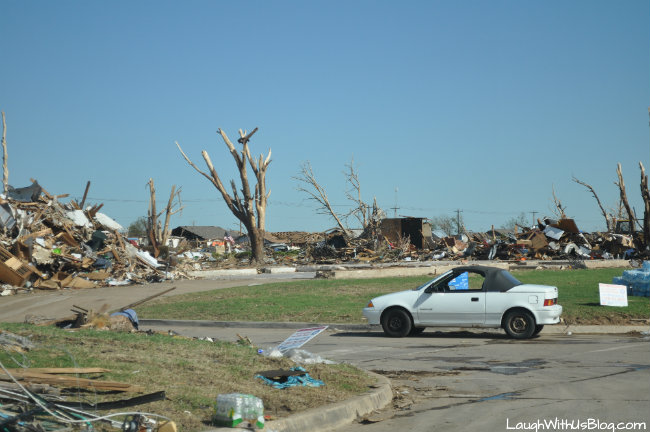 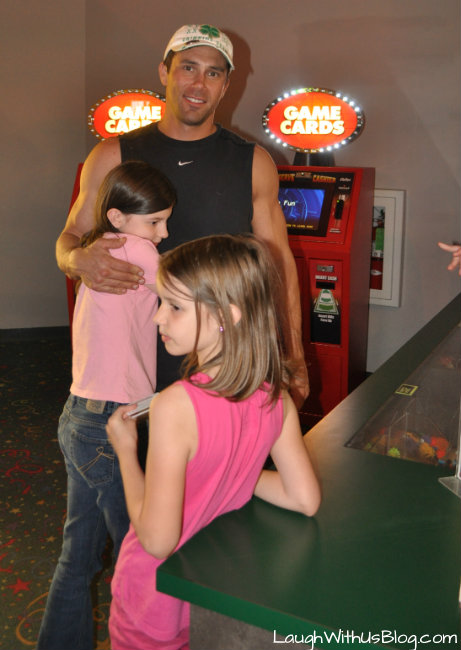 After driving around we ate pizza and Uncle Brent bought game cards for the kids.

It was great to see the family especially since we missed them at the get together in Nebraska.  We arrived home late into the night and hit things hard early the next morning.  Jason back to his new job that he’d only been to a week before the trip and me taking the kids to swimming lessons.  This summer started with a bang!