In May we went to northern Minnesota for my niece Amy’s wedding.  After the wedding we spent a couple of days with family.  One of those days we drove over to the Vince Shute Wildlife Sanctuary in Orr, Minnesota.  My brother had taken my parents there years ago and Dad and Mom have raved about it for years.  They were just so amazed at how they could see all those black bears in the wild but just a few feet away.  After hearing them talk about it for years I was dying to go and see the bears myself! 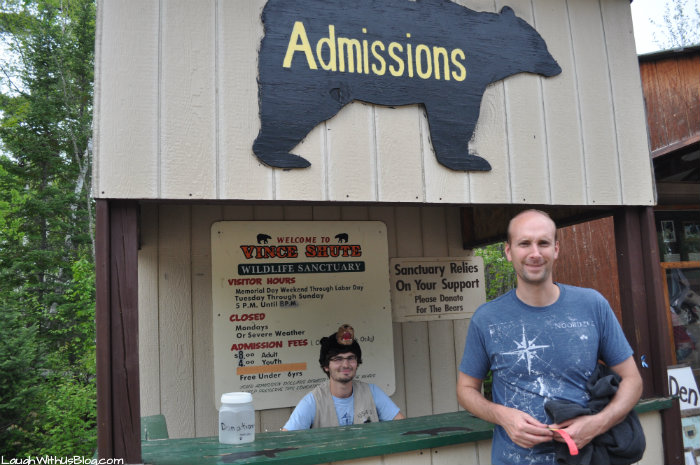 I found the Vince Shute story to be fascinating!  In the ’70s he began feeding the bears on his land as he realized they weren’t mean, just hungry.  At the time though he didn’t think of the cost to the bears since they were no longer afraid of humans.  Before his death Vince set up The American Bear Association to protect his bears.  Read the full Vince Shute history here.

The price is $8 for adults and $4 for kids over six.  Kids under 6 years old are free.  You drive into the sanctuary for quite a way then park your car and buy tickets. 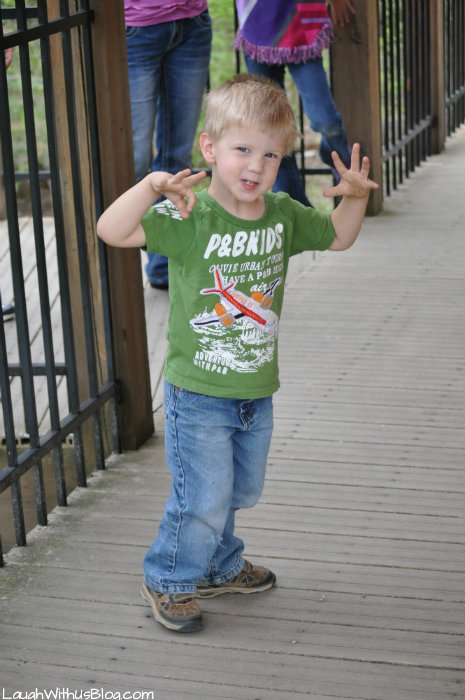 Then you board a bus for a short drive further into the preserve where you come to a huge…what looks like a huge free standing deck.  The bus opens right onto the deck and the gate is then locked.  I felt 100 percent safe even with all my kids running around. 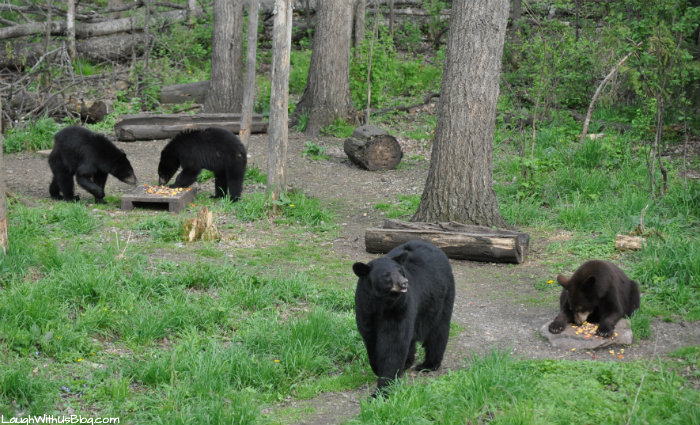 From the time we walked off the bus, well actually even before, we could see bears.  There are certain times that they are fed, which is why they come to this place each day in season.  I found it very interesting that they are given trail mix.  Yep just regular trail mix. 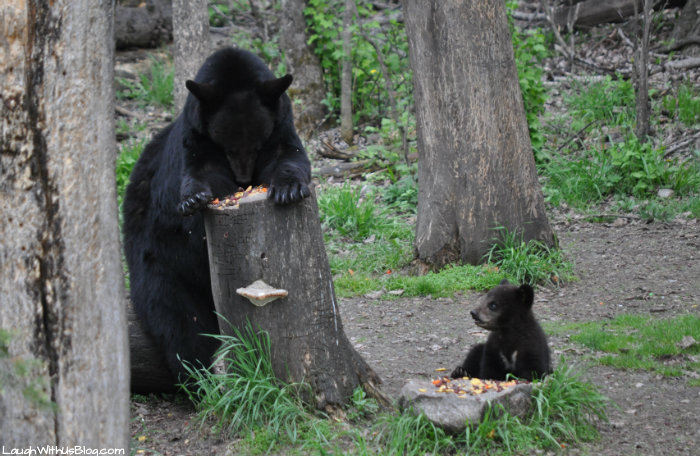 It was amazing to watch the interaction between mama and cubs. 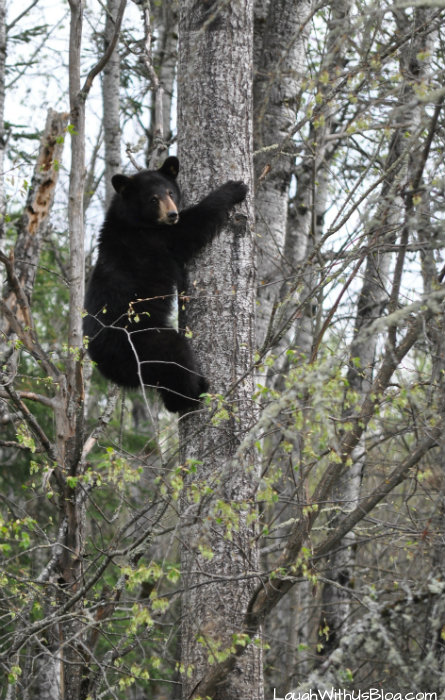 At one point something scared the mama and she made a loud noise.  Those cubs took off up the tree at an incredible rate.

We stayed for about an hour and when we were ready to leave got in line to board the bus back to our car.  We may not have gotten to see any bears in Alaska, but we saw lots of them in Minnesota!