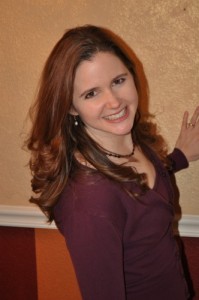 Last year Jason and I voluntarily signed up for an hour and a half of pure torture that actually ended up being four hours.  Liars, liars, liars!  When you’re approached to sit through a time share spiel let me just save you some trouble.  Say no!  If that doesn’t work, scream it from the top of your lungs, but do not under any circumstances let them talk you into it. . . . and we did it with four kids!

After we had been there over an hour and the man had talked endlessly about how wonderful the vacations spots were, he asked the question, “Don’t you think that after how hard you work you deserve a vacation every year?”

I thought for a minute and said, “No, I don’t deserve it.”

The man just stared with mouth hanging open.  Finally he said that in all his years selling these time shares no one had ever said no!  He couldn’t understand it.  He wanted to know why I didn’t think I deserved it.  I thought for a minute.  “It‘s a lesson I‘ve been trying to teach my children,” I told him.  “You know, no matter how much we have, there’s always going to be things we don’t have.  A person always thinking he deserves more than he has is never happy.  We need to learn to live being thankful for what we do have. It is the only way to be content.  But I would love to be able to go on a vacation every year!”

He just kept shaking his head.  He wondered what church we went to and told us about his experience in churches.  We had a very interesting discussion.  In the end, I think we made him mad by not buying the time share, and we left feeling kind of bad for him.  I have thought about that discussion often since then and marvel that he had never heard anyone say they don’t “deserve” the time share.  I think it is sad that so many people live that way . . . or maybe they just don’t want to get stuck talking to the time share guy for four hours.  Could be, could be!