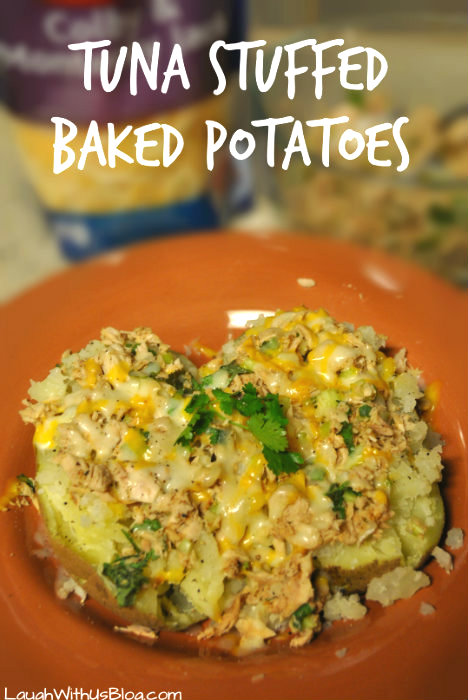 My husband Jason has GERD.  Sometimes he does better than others, but right now he is trying a low acid diet.  We are eating a lot more meat and veggie meals rather than so many pasta and casserole dishes, at least for our evening meals when Daddy’s home.  But I like variety and high flavor!  From his list of things he could eat I made these easy tuna stuffed potatoes.  I asked my husband if looking at the photo, he would think, “Wow, that looks good!” And he said, “Well, I don’t know if I’d think that, but I KNOW they’re good!”  What do you think?

I made these strictly in the microwave, though they could easily be made in the oven.  I opted for the microwave because of the Texas heat–didn’t want to heat up the house.  Also, the microwave is just faster.  By the time our school work and cleaning are done I’m usually rushing around to get supper on the table in a hurry.

I cooked four very large baked potatoes, turning them about every six minutes until a fork went easily into the middle of each one of them.  It took me about twenty minutes, but cooking time varies on microwaves and size and quantity of potatoes. 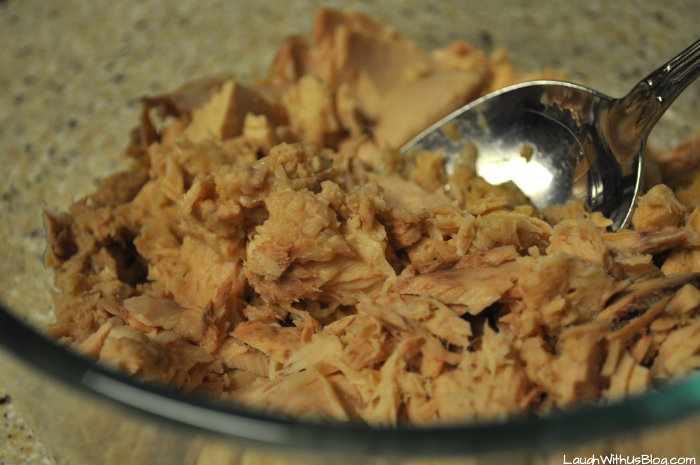 While the potatoes were cooking I readied the tuna.  I opened and drained two 7 oz cans of tuna and flaked the meat with a fork. 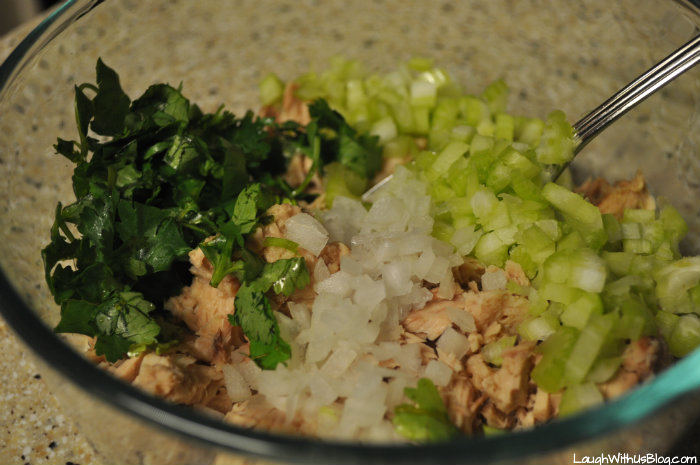 Next I added celery, onion, and cilantro.  I wanted a little crunch and a lot of flavor.  Cilantro was so yummy in this! 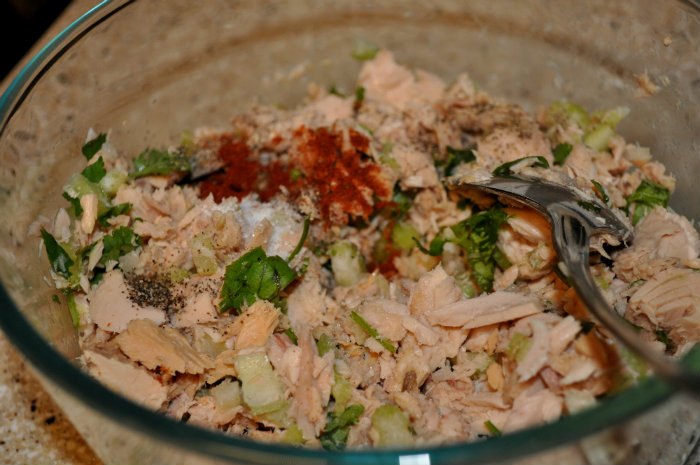 Then I added paprika, salt, and pepper and mixed it up.  This was such a different tuna salad, but one I knew my husband could eat without being up all night…but would the kids eat it? 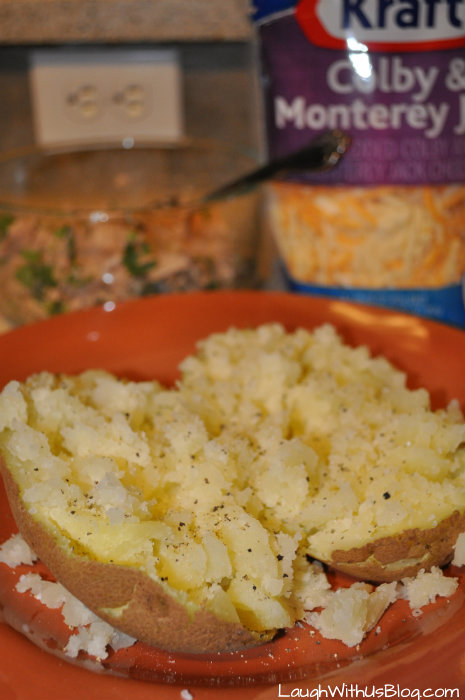 When the potatoes were done, I split them in half and using a fork, I loosened the potato from the skin and seasoned with salt and pepper.  It was all I could do not to smother it with butter!  You know what I’m talking about! 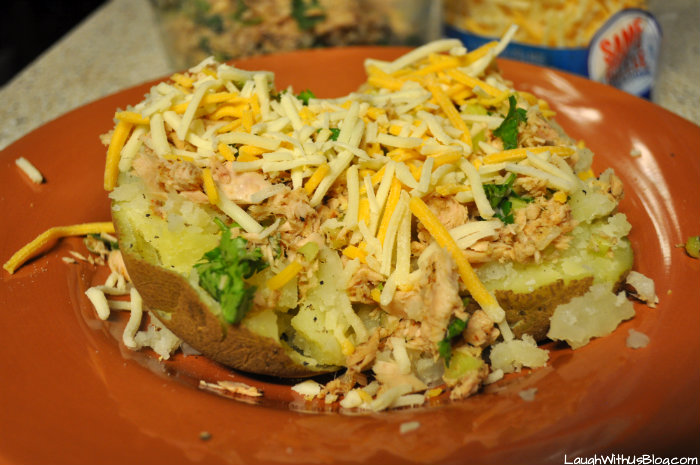 I spread 1/4 of the tuna on the potato and the covered with 1/4 cup of cheese.  It didn’t look like that much cheese to me.  My husband needs to go easy on fats.  In the photo it looks like a lot though so I guess I like a humongous amount of cheese! 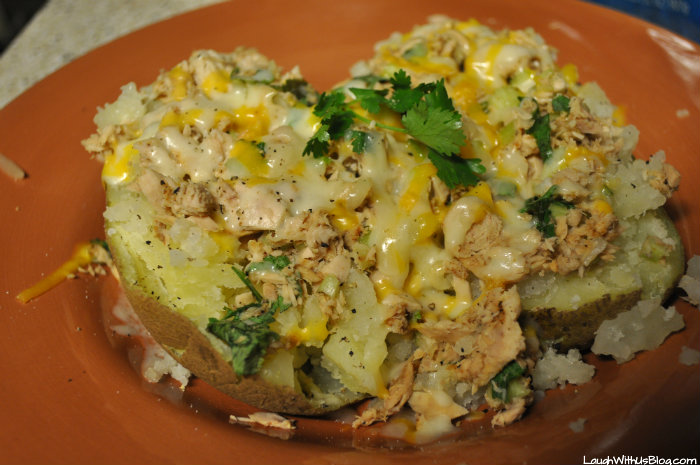 Finally, I microwaved the entire plate on high for about a minute until the tuna was hot and the cheese melted.  The kids came in asking if they could put chili on their potatoes.  I didn’t have chili, but they could skip the tuna if they tried it, but didn’t like it.  I think only one of my children opted for just butter, cheese, and sour cream.  The rest all loved my stuffed tuna baked potatoes!

Now, while my husband stuck to his diet, I on the other hand drizzled mine with Franks buffalo sauce.  That’s what I’m talking about.  It was pretty yummo!  What do you think?  Will you try it?