College of the Ozarks is known as Hard Work U where students can go tuition free!  After inquiring further we were told that about 500 students are on full work scholarships.  Most of the students work fifteen hours a week and do pay some tuition.  Others also work full time during the summer to help offset costs, but all of the students do in fact work.  I found myself wishing I could have attended college there!

After we explored The Keeter Center and ate lunch in Dobyn’s Dining room, we headed to the Ralph Foster Museum.  At the front desk in the Keeter Center we inquired and were given a map of the college with all of the points of interest marked, so we knew exactly where to go. 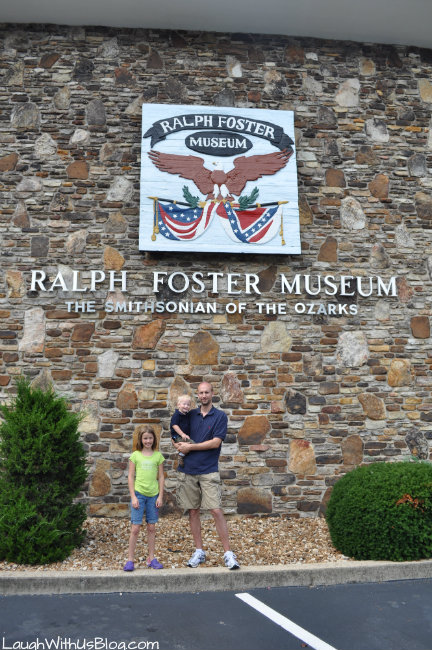 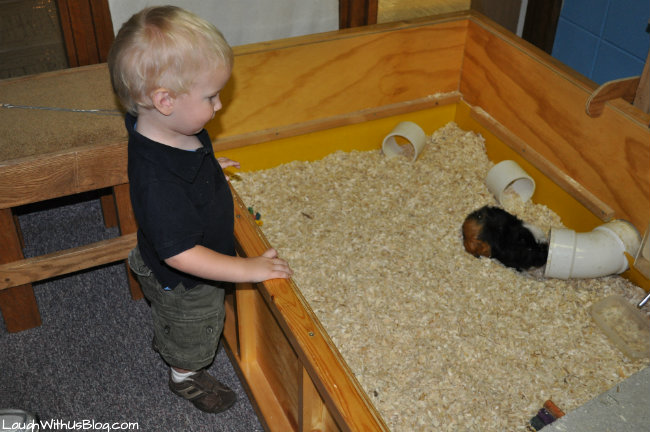 Inside and near the entrance of the museum is a Hands On Children’s Discovery Room.  It is geared for children ages 4-9, but they let all of us inside to explore as a family.  The boys especially liked the animals.  They got to pet the guinea pigs and loved looking at the turtles. 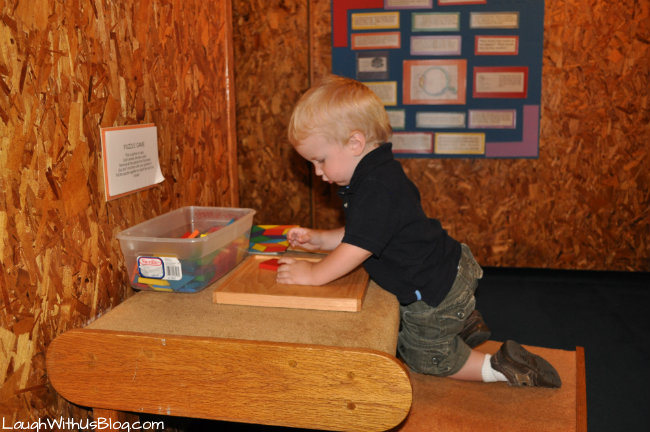 There are various stations for the kids to play, explore, and learn. 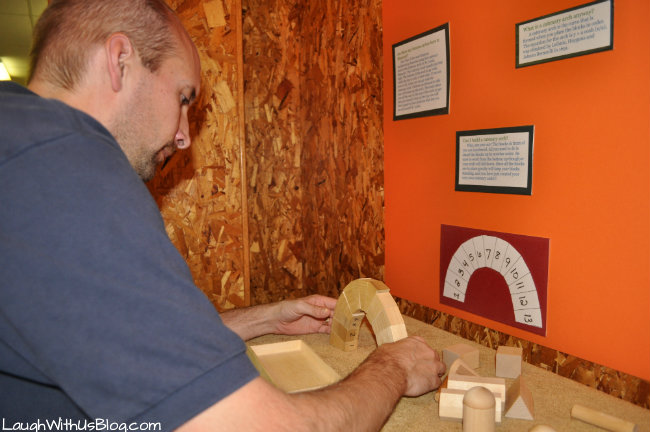 I won’t tell you how long my engineer of a husband worked on building a bridge!  Ha ha! 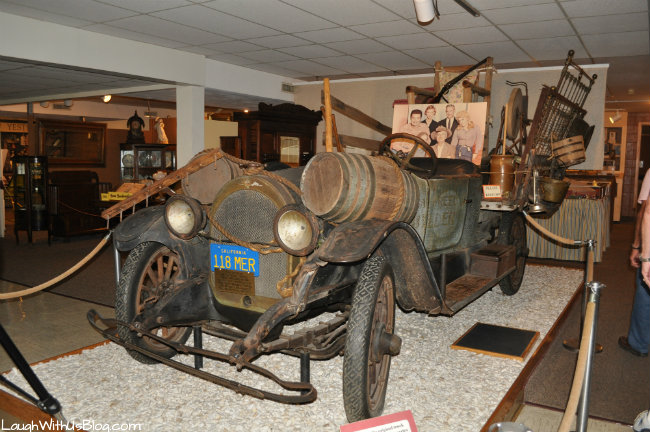 There is so much to see in the museum.  I especially loved seeing the actual Beverly Hillbillie car!  I was told that much of the movie was filmed at Silver Dollar City in Branson. 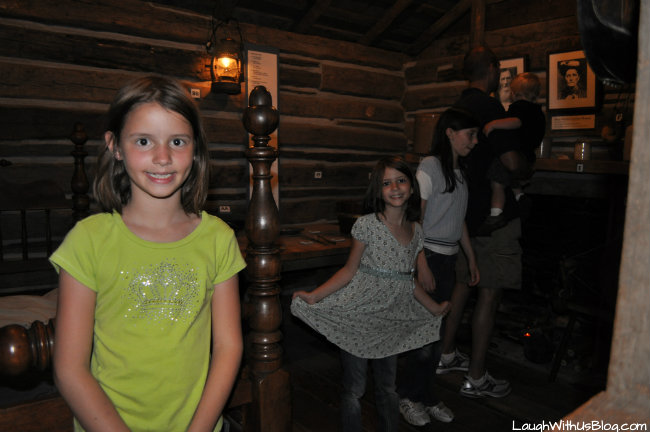 The kids loved walking in this cabin set up like it might have been years ago.  My husband was reading the sign in the back and proclaimed that the man married his second wife the same day as his first wife’s funeral!  My first thought was, “Well this is Ozark history!”  But in closer reading of the signs we realized that wasn’t the case.  We had a good laugh about the whole thing though! 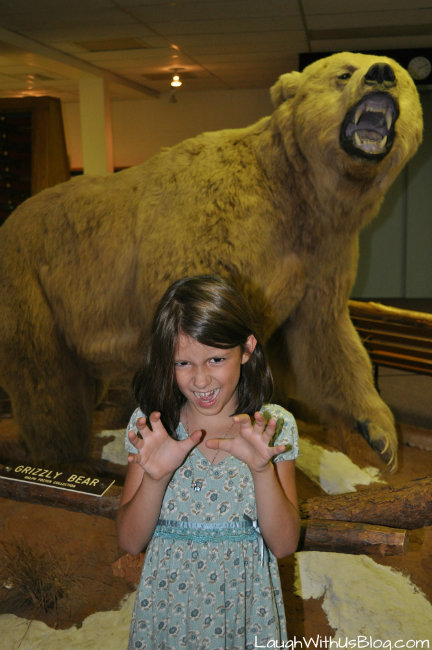 My children also enjoyed looking at all the animals.  This was on the second floor where there are mostly guns.  Jason and I walked around commenting on various guns while the children tagged along.  Little Jason didn’t say anything until he came upon a high powered tank gun and proclaimed, “I want THIS gun!” 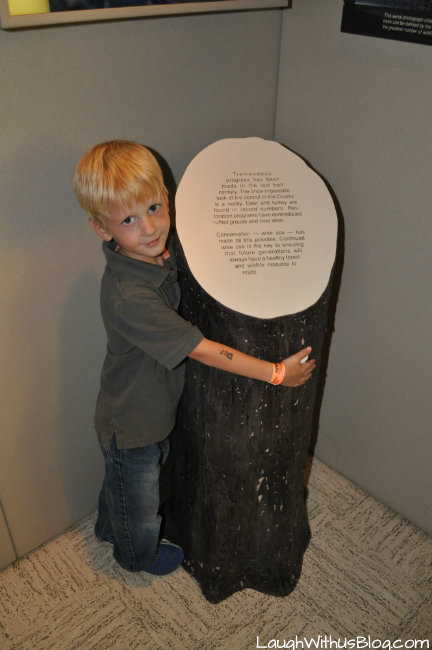 As we were walking around the third floor, the kids began to get a little tired so to help keep their interest we would excitedly say, “Look a…” and explain what it was.  Little Jason just followed along wide eyed until he happened on this tree and proclaimed, “Look, Mom, it’s a cut in half tree with words on it!” 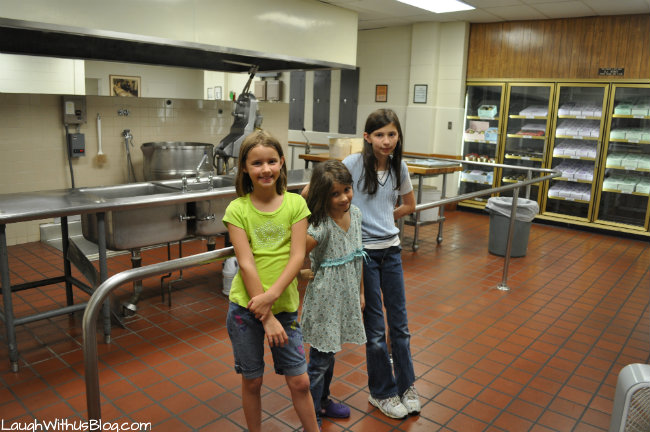 Our next stop at College of the Ozarks was the Fruitcake and Jelly Kitchen.  The day we were there was the first day of the new semester so the new students were in orientation.  They weren’t making fruitcake and jelly that day, but someone still walked us through how they make everything.  They gave us free samples as well! 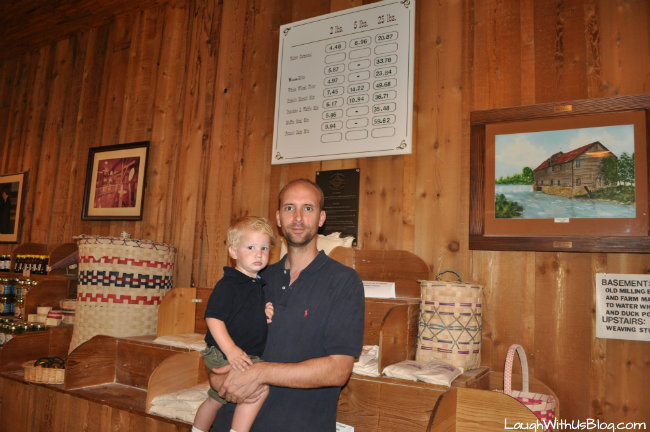 The Mill is another fun spot to visit.  It is an actual working mill!  Inside is where students grind flour that is also available for purchase in the gift shop where Jason is standing. 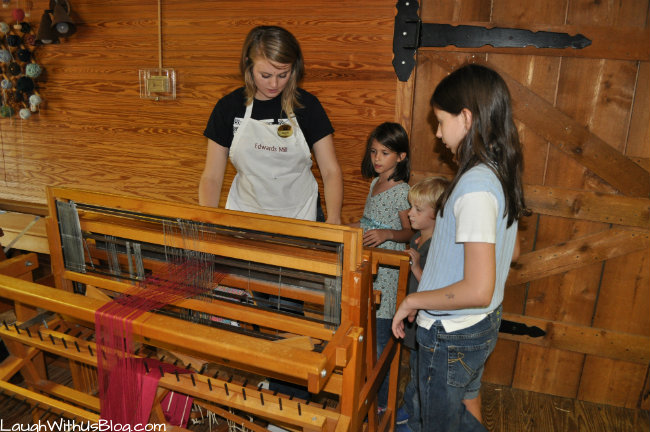 Upstairs in The Mill is a Weaving Studio.  One of the students took the time to give the kids a demonstration! 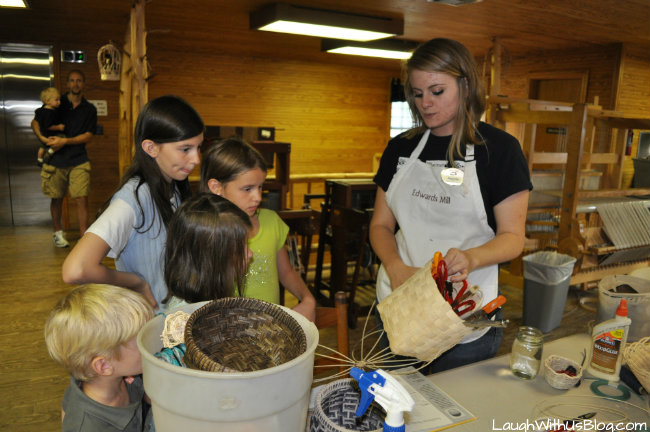 The children also got to see how baskets are made!

There are also many other points of interest to explore at the college.  All together we spent about five or six hours there.  All us enjoyed the day.  I would highly recommend spending some time at College of the Ozarks on your next visit to Branson.