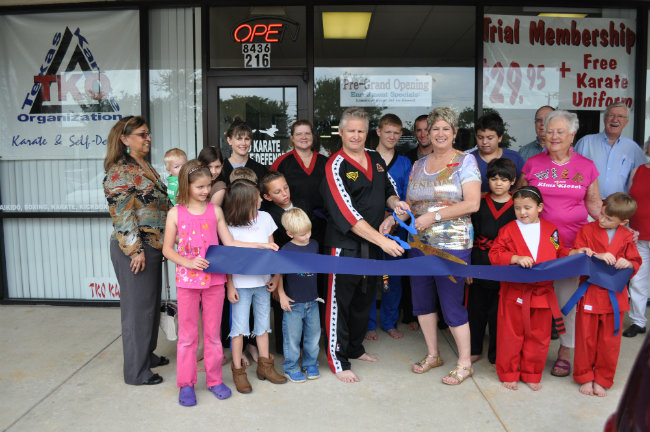 My sister invited me to the Grand Opening, Ribbon Cutting, and Demos of TKO Karate & Self Defense.  My children were invited to join in the ribbon cutting photo and Joy even held one side while her cousin held the other.  The mayor’s office and city were represented! 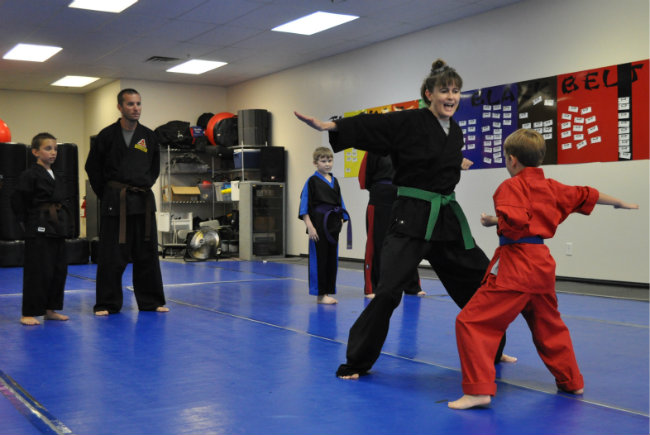 It was so fun to see my sister and nephew in action!  What a neat mother/son activity! I have heard so many great things about TKO Karate the last year, that I was excited to see what they have learned.  My nephew had been taking classes for several months when my sister decided to join the fun.  She hasn’t looked back since, and while she says she doesn’t feel like she is very good yet, I was very impressed! 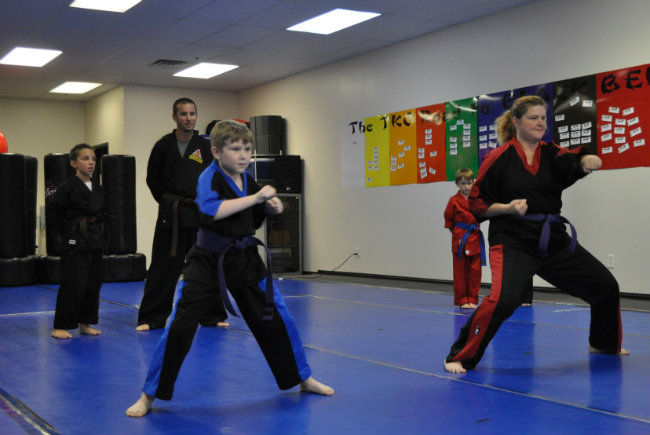 There were several parent/child demos.  I found these incredibly appealing.  What a neat way to spend time with your child, exercise, learn, and be educated all at the same time. 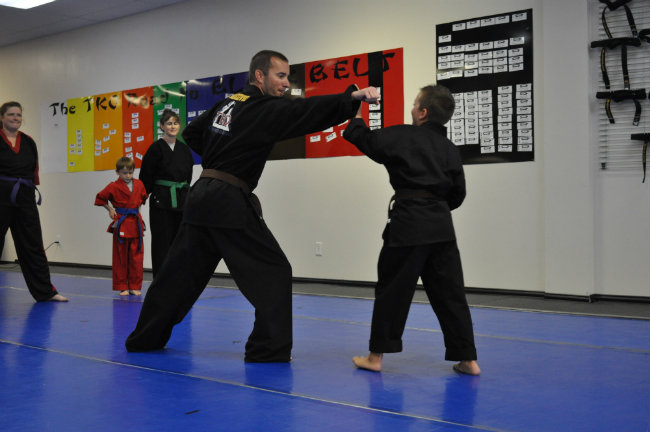 My husband has been talking about taking Karate classes with the kids for a while, but being there and seeing it…it was just so fun!  I think the kids being able to beat up on Dad would be exciting for any kid!  😉 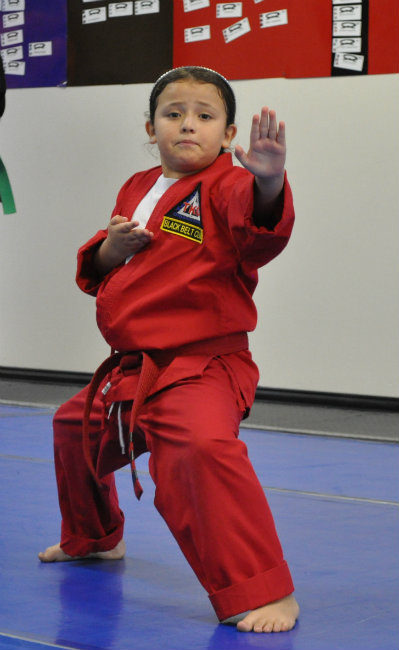 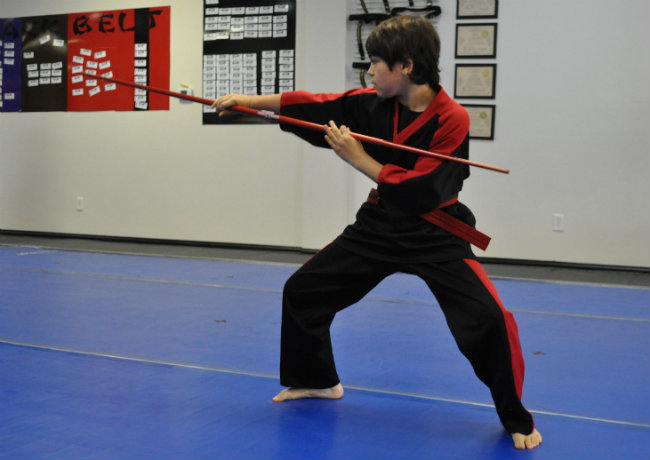 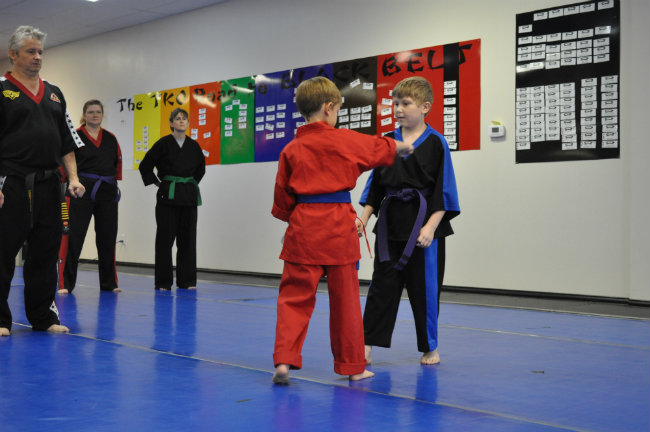 After the demonstration, Master Sutton gave us a few self defense tips.  The places you usually go make you feel safe, but Master Sutton said, that it’s at those five places like church, school, grocery store, library, gas station that you most frequent, that you need to be the most aware!  Great reminder! 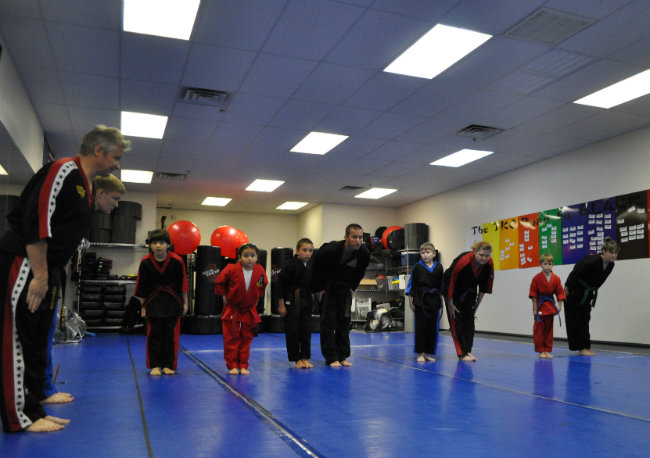 Then the class bowed, and it was time for cake. 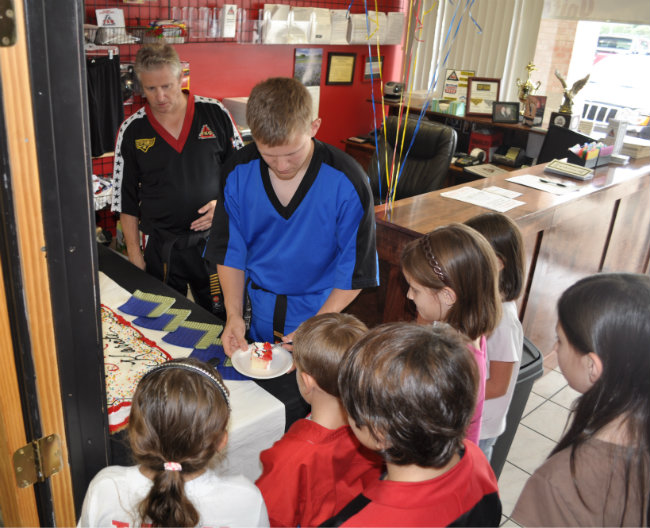 And you know my kids were ALL over that!

As we finished up the cake, Bobby got down from his chair, went over to the mat, and started acting really strange.  It looked like he was dancing, but there was no music.  “He’s doing Karate!” someone exclaimed!  And yes that is exactly what he was doing.  Even my one-year-old was  inspired.

If you live in the Watauga, Texas area and are considering Karate you should definitely check out TKO Karate & Self Defense.  Follow the link to learn more!  There was an awesome trial membership advertised in the window.  I would ask about that!  🙂