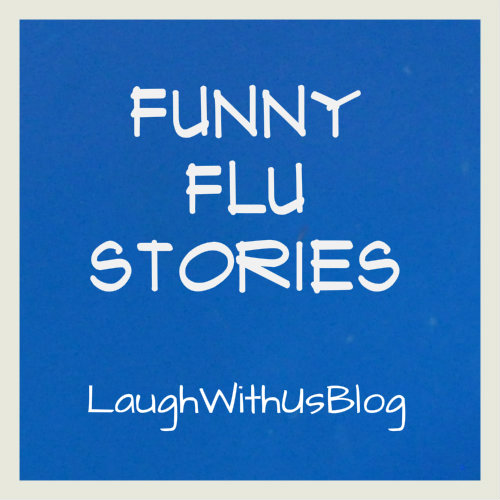 My sweet husband emailed and offered to bring Chick-fil-A home for everyone so I wouldn’t have to cook being that I had a house full with the flu. Then I received a second email asking if I’d rather he’d pick us all up and take us to Chick-fil-A so that the kids could play on the jungle gym.  Oh how I laughed.  When he got home I asked him about it.  He laughed and said it was a joke.  I wasn’t sure if it was or not at first.  It would be so like him either way!

The next day my husband came home kinda late after work because he’d decided to do some “much needed shopping.”  I was none to excited about it since I had hoped he would come straight home to help me with the kids, but oh well.  When he got home he took a long look at me, and said, “Wow you really are sick aren’t you? You look horrible!”  Ha ha!  Did he think I’d been faking it?

Then over the weekend, I probably should have just rested more.  I must have over done it, because I ended up feeling much worse with a high fever and wheezing!  Jason did pitch in and take over with the kids, thankfully!  For supper he decided to cook frozen pizza.  As the pizza was ready, and he was needing to take it out of the oven, he looked around the counters covered in food and dishes, looked at me very frustrated and practically shouted, “Where am I supposed to put this pizza?”  I guess its good for him to realize how much doesn’t get done when I’m sick!  I did get up an clear off a counter for him.  I suppose it’s good to be needed, but please if I’m ever left at home with a terminal illness someone come over and help me!  Ha ha!

*Things I share about my husband are always with his blessing!