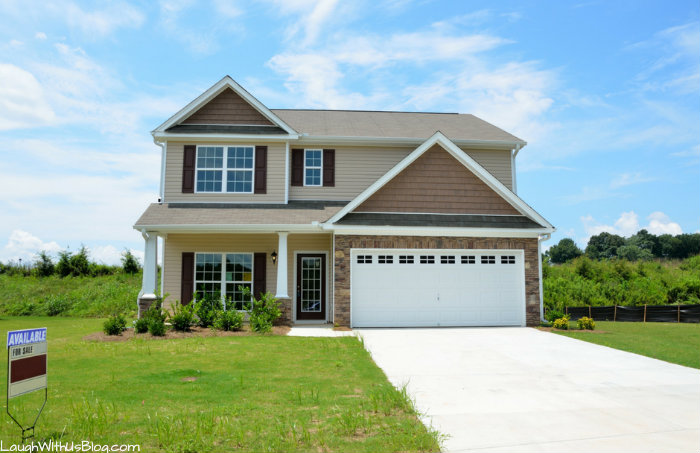 One year ago today we signed the papers and left with keys to our new-to-us house! Sounds like a pretty average event even though it might be a big thing for any family, but there was nothing average about this.

Our search for a house ended up being one of the hardest times in my life. Forget one day at a time, I lived one moment at a time.

We went through five, FIVE contracts on homes before we purchased this one. While that number may raise an eyebrow here and there, it tells nothing of the hopes and dreams that rose and crashed with each one and all that happened in between.

When we moved into my parent’s house in December, after our weeks of living in a San Antonio hotel, we were closing on our contracted home in ten days. That ten days turned into over four months.

My parents were very gracious to let us stay. I mean they could have kicked us out, and I wouldn’t have blamed them! They had never agreed to let us live there so long. But the stress of crashing our family of seven into my parents’ home for an indefinite period of time was crushing.

During this time my dad’s health took a turn for the worse. While on one hand it was good that I was there to help with things as the kids and I were keeping all the animals and humans fed, on the other hand with my dad feeling so bad it was that much harder to have us all imposing on him. I get it. When I feel bad, I want quiet and order too and quiet and order did not exist in this chaotic, stressful time in our lives.

At the beginning I tried to have the kids spend as much time outside as possible, but then after my son ended up in the hospital with a rare infection. I was instructed to keep him in and away from germs while on the antibiotic, so we no longer had the luxury of going outside to play.

Back to our search for a house. Keep in mind we actually contracted five homes, meaning we invested in them. We purchased home inspection, surveys, and I don’t even remember all the things, but we were spending thousands of dollars per house that we didn’t end up buying.

The first house was a brand new home only about half a mile from my parents. I was in love. It had so many things that I had dreamed of. After the inspection and upon further research, my husband concluded that the house was not built well and was way over priced. There was no way he would buy it.

The second house was a cheaply made and cheaply priced house in a subdivision out near where I grew up. We didn’t love the house, but for the price and in our current situation, we contracted the house.  What happened with this house is that someone had come in after our contract and offered the owner more money. So when we arrived with our home inspector the house was trashed. They didn’t want to sell it to us. If we forced the contract who knows what we would end up with, and we had noticed another home…so we let it go.

The third house was on the street where my parents live. It had been being built for YEARS so we didn’t think about it, but all of the sudden it looked like they were finishing it up. It would be so convenient to live that close to my family. The owner said he would have it finished in two weeks, and so we offered him over full price. We wanted it finished well. Two weeks turned into many weeks. The house wasn’t getting finished. The owner was asking us to buy things for the house–which we didn’t, but then he charged us more money. All this time we held on. When it was finally finished and our home inspector told us the roof was buckling (among many other things wrong with the house) and could cave in during a bad storm, we asked the owner to reduce the price for the cost of the roof repair. He wouldn’t. That was it. My husband was done.

House number four was my dream house. It was by far the nicest house and property. When the bank that owned it accepted our offer, I thought it was too good to be true. It was. Again after the home inspection my husband decided not to buy the house.

Again my son was admitted to the hospital. This time it was a virus that was shutting his little body down. Under intense pressure and stress from all sides already, but then adding life threatening situations with my son is just indescribable!

After four contracts, we were in the same place where we had started. I don’t remember between which contracts but we also were actively looking for houses to rent, thinking about buying a trailer, and even tried to buy a house on auction. It’s called desperation! Ha ha!

We revisited all the houses on the market in the area and my husband decided on one based on the price and location. After negotiations we were under contract once again. The inspection revealed a lot, but mostly things we had already considered, and we made it through inspection. Yea!

Then since we needed more problems (har har) the home inspection ended up getting accidentally sent to the bank for the loan.  The inspector found evidence of rats in the attic, so the bank had us pay an exterminator to get them out. After we did that the bank started asking us to make other repairs of things mentioned on the home inspection before giving us the loan. It sounded so crazy to me. Why were we paying for repairs on a house we hadn’t purchased yet? My husband told them we weren’t going to pay for any more repairs before buying the house. I held my breath. It wouldn’t do anything to the contract on the house, but we would have to start over with a lender and the entire process would take longer. Thankfully, the lender gave in, and we were able to proceed.

The roller coaster was not over for me yet though. By the time we got to this point my husband was in turmoil. He had left a job he liked to take one that was more demanding and paid less. He was having all kinds of doubts. So, I kid you not, all the way up until the morning of April 17, our closing day, he would not tell me that he was going to sign the papers. When he came to pick me up to take me to the closing, I asked him if he was going to sign the papers and all he would say was, “I don’t know.” I had absolutely no idea if we were going to buy a house that day until he started signing the papers.

So April 17 was a big day for me. We left with keys to our house. It finally happened. I thought it never would. It was the worst house hunt imaginable! Though it would still be a couple of weeks before our things would arrive, and we could move in we would drive over and use the pool.  I never thought I would ever have a house with a pool, but it is such a gift. We are building so many happy family memories in this house around the pool. Happy house anniversary to us. 🙂 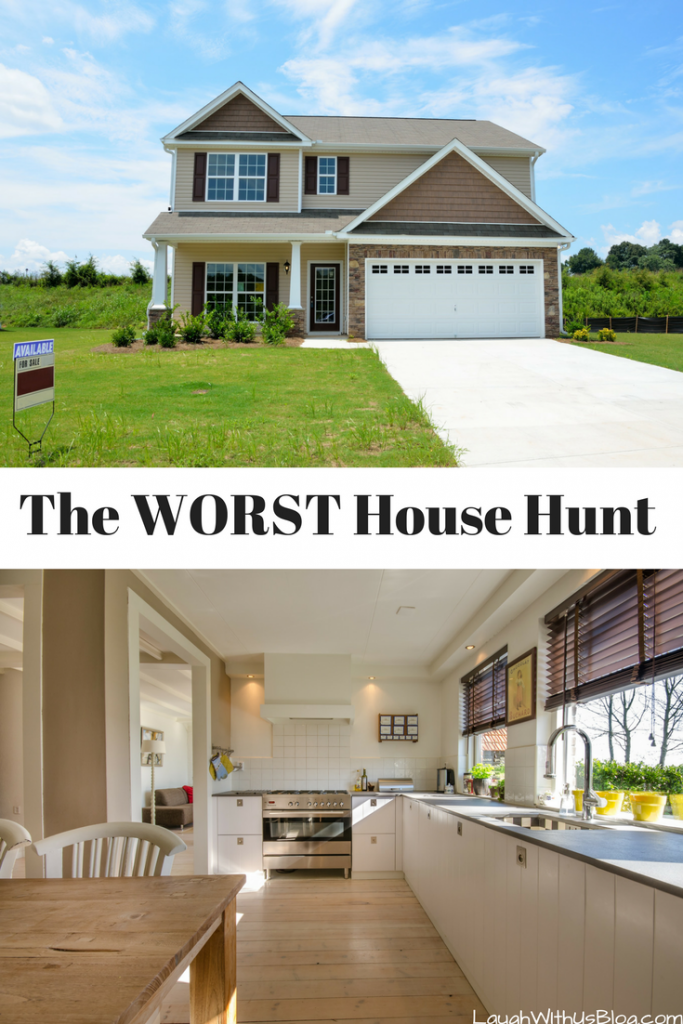 Want to remember this horrendous house hunting tale? Pin this image for later!