Our Family Vacation to Houston Part 20

The morning of our last day of vacation we had big plans to visit the church of Voddie Baucham, who will be the key note speaker of next year’s conference, before heading home.  It wasn’t meant to be, however.

My Little Jason woke up screaming.  I went over to him and as I picked him up, I knew he was running a high fever.  He was burning up.  I gave him some Tylenol and hoped he would at least begin to feel better as we got ready and packed up our things.  He kept saying his neck hurt and that he was going to throw up.  I thought that if I could get the fever down, it might take care of the nausea.  A half hour later he still seemed just as hot, so I gave him a dose of Ibuprofen.  I had just given it to him and was packing the last few things when my husband asked Little Jason if he wanted a drink.  “Wait!” I cried, “His fever is too high and he’s nauseous. If you give him a big drink right now he’ll throw up for sure.”  Well, Jason already promised it to him, so he gave it to him anyway.  Visions of my husband buying the one horchata for the kids to share on our first day of vacation came to mind, but at least we were heading home that day.

We loaded everything up and started on our way.  We hadn’t left the hotel parking lot when my little boy yelled, “I frow-up, Mommy!”  I grabbed the nearest empty cup and made a flying leap (pregnant and all) catching the vile substance just in time.  Oh yeah, I felt like super Mom for that!  He must have kept the Ibuprofen down just long enough because his fever began going down, and we didn’t have any more incidents on the drive home, thankfully! 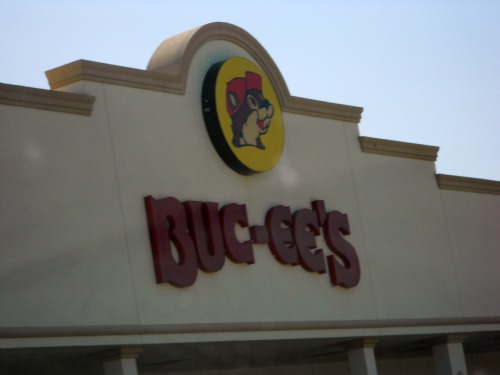 Buc-ee’s gas station–have you heard of it?  Several times throughout the conference the speakers referred to Buc-ee’s and how they weren’t leaving Texas without stopping for some of their wonderful food.  I’m a Texan and I had never heard of it, so when we spotted one on the way home, we had to stop and check it out.  It really is a fun store.  They give lots of free samples.  Jason bought the kids koloches (sausage rolls) and cookies and they enjoyed them on the sidewalk.  I guess he got his little taste of The Life!  I found a Mexican bottle of Coke that was in a cooler packed with ice.  I saved my food for the cool comfort of the van, but I stood out in the heat with the family and swigged my Coke.  I was transported back in time to all those occasions of my childhood when my family traveled in Mexico and drank Cokes in the parking lot.  Ah, it doesn’t get much better than that! 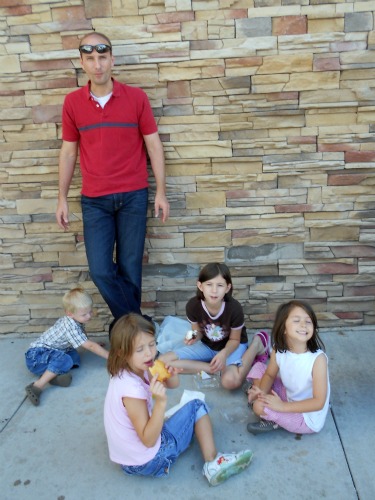 As we drove home, Jason and I discussed the conference in detail.  I was telling him that I had disagreed with one of the speakers and why.  “Esther, you’re so smart,” he said, “you could do one of those conferences.”

I looked at him in surprise and asked, “Why is it that sometimes you act like I’m the smartest person on the planet and other times like I couldn’t be stupider?”

Without hesitation he answered, “Oh, that’s just when you disagree with me!”  Ha ha!  I’m still laughing about that one!

We were all happy to see our home!  The kids couldn’t wait to play with their toys and we couldn’t wait to let them!  We had packed a lot into the last eight days.  I’m hoping this will be the first of annual vacations with the kids.