After stopping at Newspaper Rock we continued our journey through Petrified Forest National Park in Arizona. Everyone jumped back in the van, and we waited for the next Point to stop. Granted I absolutely love beautiful scenery. This must have been passed down from my parents. Throughout our travels when I was a kid is my mother’s ever present voice telling me to look out the window and behold something beautiful. 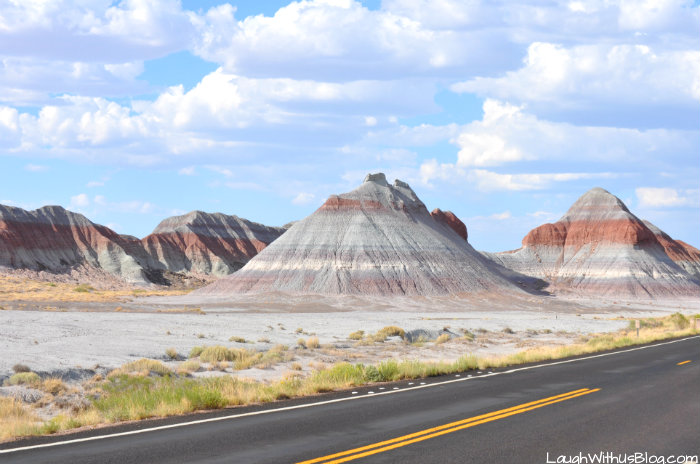 Where the map said Teepees I think I was expecting to see canvas tents alongside the road. As we were driving and I saw the beautiful hills (They are actually called badlands.) I gasped. They were so beautiful. I grabbed my camera and began taking photos from my seat even before we saw a place to pull over. 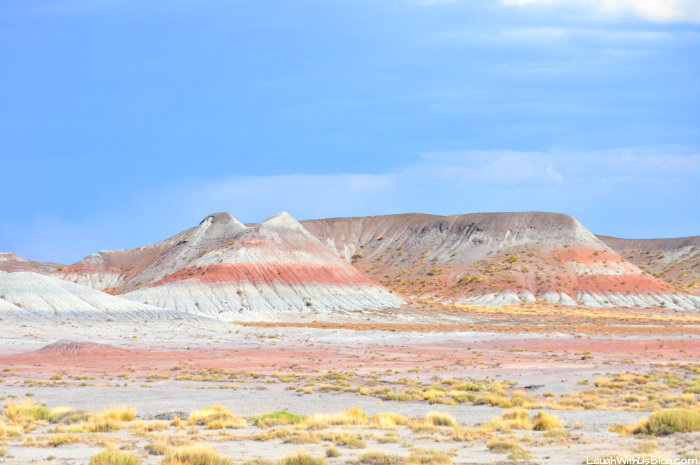 I actually couldn’t find a lot of information on the Teepees. Their name obviously came from their shape. 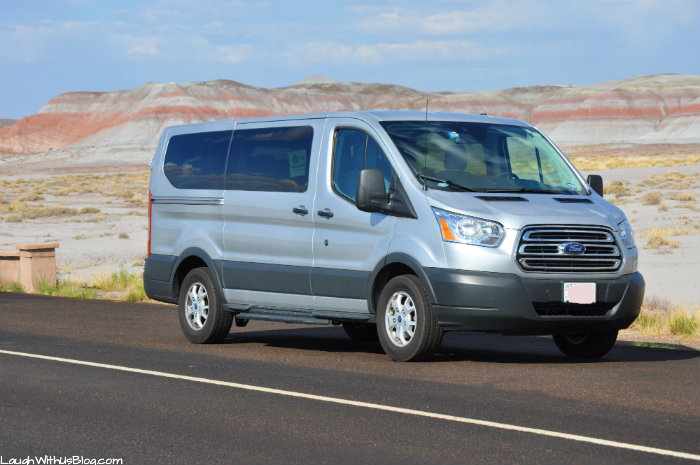 Had to get a shot of my van! My Ford Transit was such a great ride though the park and actually through the entire road trip. We saw so many other travelers in Transit vans. They are catching on like crazy! 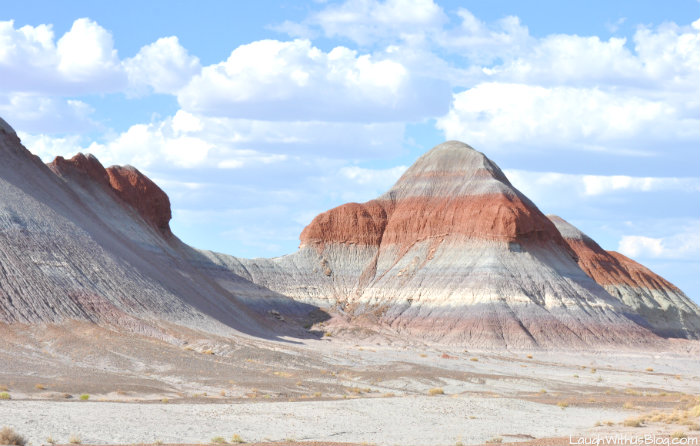 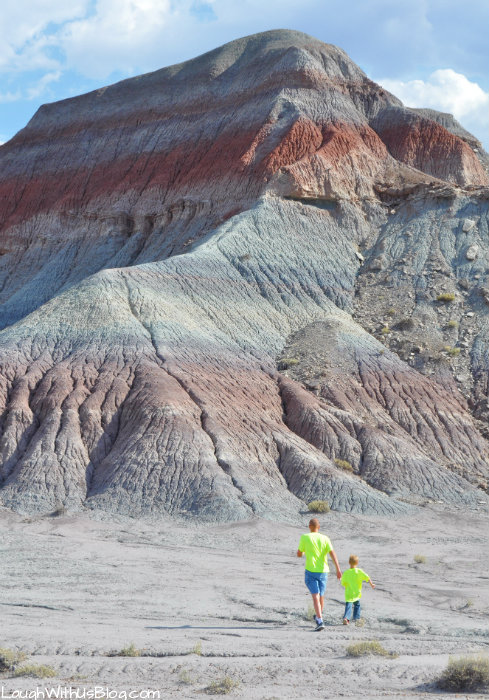 My science and nature loving boy was dying to get to touch one of those beautiful hills and so my husband indulged him. 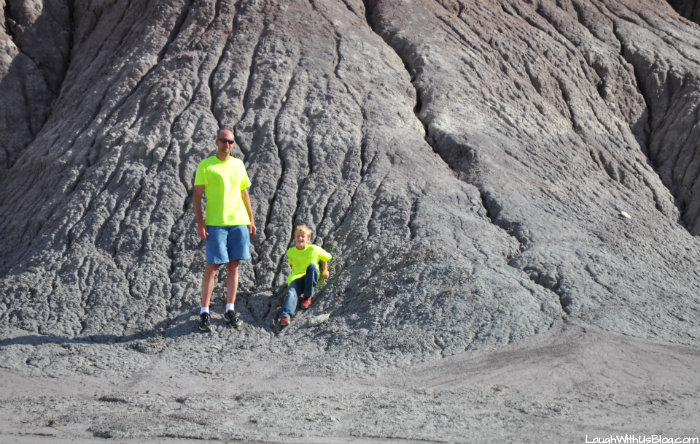 My boy was so excited. Dirt. It’s just dirt. Little Jason thought it was so neat to get to go touch the Teepees.