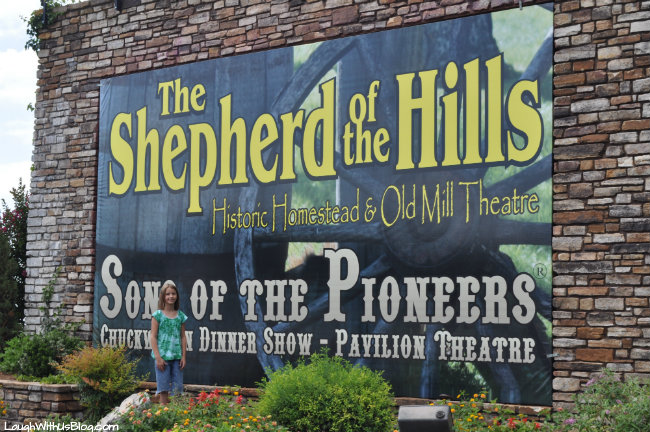 After the Sons of the Pioneers Chuckwagon Dinner Show we had about a half an hour before the boarding began on the tram that took us through the Historic Homestead to the Old Mill Theater for the outdoor drama of The Shepherd of the Hills.  While we waited around we met another homeschooling couple who was there with their ten kids ages eleven and under!  Our kids enjoyed meeting their kids and playing games while we waited.  When we arrived down at the Theater it turned out that this family was seated right in front of us.

This family’s kids were right around the ages of our children only they had twice as many!  Jason still wants more children, but as I watched this family I was sure that God didn’t bless us with more because I wouldn’t have been able to handle more.  You see their kids were very similar to ours in temperament and behavior.  What I mean is they were  not perfect little statues!  They were lively, talkative, and had a tough time sitting still, only there were TEN of them and only two parents.  The parents seated themselves as bookends probably so as not to lose any children.  I felt for the family as each parent was holding an infant and at least two other children needed them constantly throughout the entire show.  Kudos to them for getting out and going on vacation with ten kiddos! 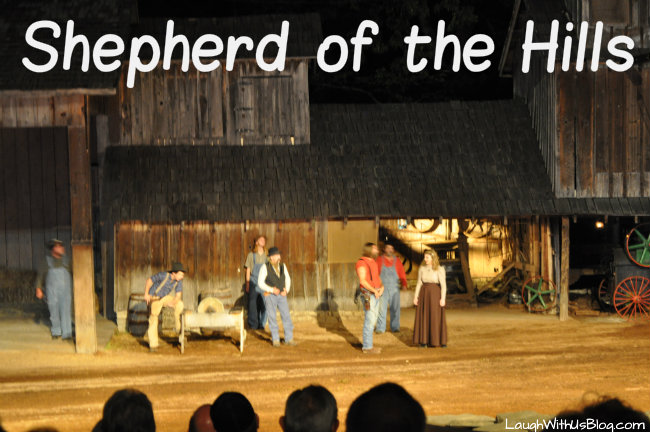 As the play got underway, I doubted somewhat how much I was going to enjoy it.  We had just done so many fun things and seen wonderful shows that I thought this one couldn’t possibly be as good.  I had two restless boys, so I held one and my husband held the other–which is why I didn’t get very many photos.  We held our two and watched as the poor family in front of us struggled with their children.  It was hot, so hot.  I had thought that in the evening it would cool off, but on this day there wasn’t even a breeze that I could feel anyway. 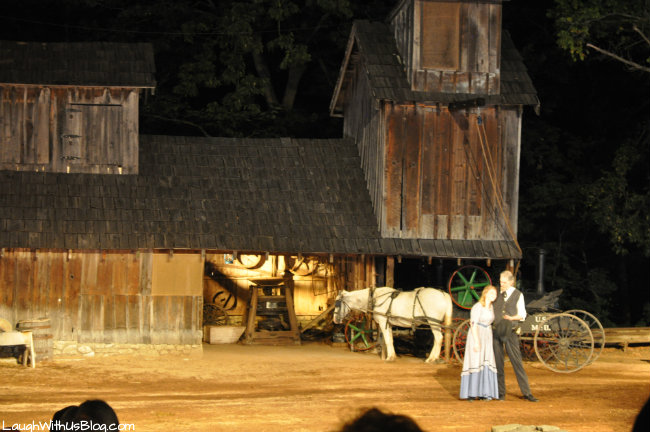 But as the story progressed it really drew me in.  All it took was a little gun fighting and our four year old son was hooked.  The girls were completely into the drama.  I ended up walking with the baby until he fell asleep, and then I forgot about the distracting children in front of us and the heat of the evening as I lost myself in the story. 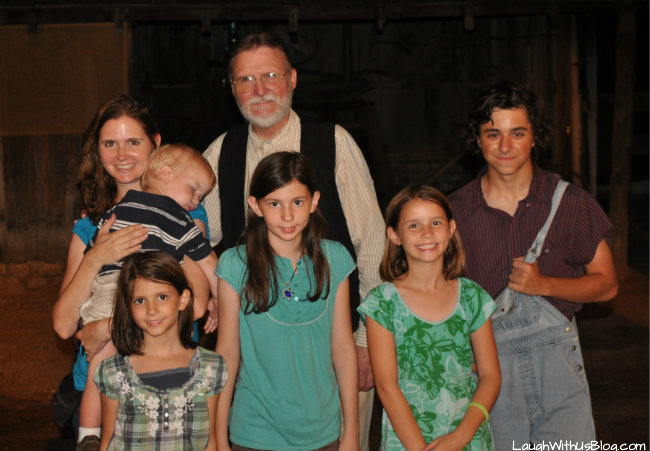 It was fun to walk down and meet a few of the actors after the show!  After watching the drama, I understand why it has been a famous attraction in Branson since the first show in 1960.  It is very well done.   The actors are wonderful, and it’s obvious they enjoy what they do.  In talking to them we learned how several of them had been in the play for decades!  Our Branson vacation would not have been complete without our time spent at The Shepherd of the Hills.  Have lots of kids?  Ask for the family pass!