We took a trip to see my parents over Mother’s Day weekend.  I still can’t believe I didn’t take any pictures on Mother’s Day, but it was crazy busy!  After Mother’s Day we took a trip to South Padre Island with Mom and Dad.   We always look forward to eating at Pirate’s Landing at Port Isabel.  After we ate the kids noticed some parrots in an exhibit just outside.  They had fun saying, “Hello,” and hearing the parrots echo them.  As we stood there a man came over, took the parrots out, and lett the kids hold them! 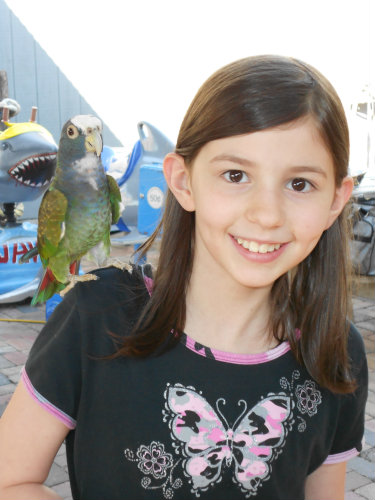 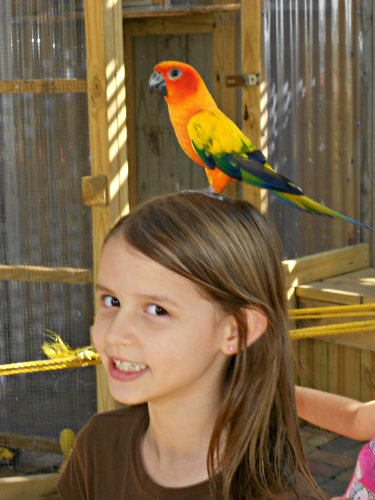 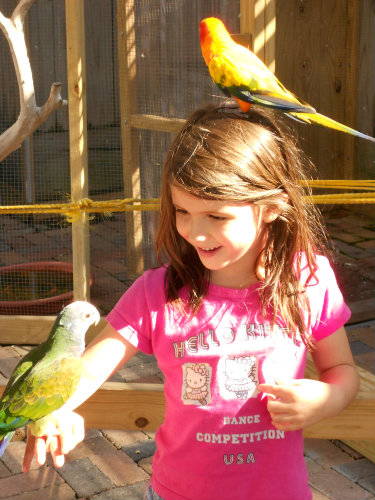 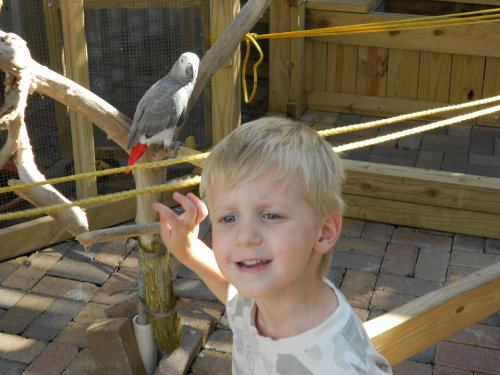 This was the longest he would stand still for a picture!  🙂

We had so much fun with the parrots that we were happy to put money in the donation box.  After the caretaker noticed we put money in he did tricks with the parrots.  We enjoyed our very own parrot show.  I highly recommend spending some time here when you are in the area!